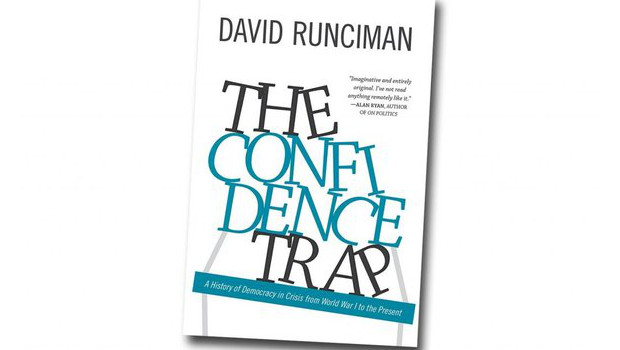 The Confidence Trap by David Runciman

Blurb: Why do democracies keep lurching from success to failure? The current financial crisis is just the latest example of how things continue to go wrong, just when it looked like they were going right. In this wide-ranging, original, and compelling book, David Runciman tells the story of modern democracy through the history of moments of crisis, from the First World War to the economic crash of 2008.

A global history with a special focus on the United States, The Confidence Trap examines how democracy survived threats ranging from the Great Depression to the Cuban missile crisis, and from Watergate to the collapse of Lehman Brothers. It also looks at the confusion and uncertainty created by unexpected victories, from the defeat of German autocracy in 1918 to the defeat of communism in 1989. Throughout, the book pays close attention to the politicians and thinkers who grappled with these crises: from Woodrow Wilson, Nehru, and Adenauer to Fukuyama and Obama.

The Confidence Trap shows that democracies are good at recovering from emergencies but bad at avoiding them. The lesson democracies tend to learn from their mistakes is that they can survive them–and that no crisis is as bad as it seems. Breeding complacency rather than wisdom, crises lead to the dangerous belief that democracies can muddle through anything–a confidence trap that may lead to a crisis that is just too big to escape, if it hasn’t already. The most serious challenges confronting democracy today are debt, the war on terror, the rise of China, and climate change. If democracy is to survive them, it must figure out a way to break the confidence trap.

“He is a compelling guide … In a word of warning to his scholarly colleagues, and perhaps as a disclaimer, Runciman avows that “This book is not a work of political science.” It aims instead to describe the biggest possible picture, to reveal certain underlying truths about the political idea that aspires to be the universal system of mankind. The book is ambitious, in the best sense of that word. But Runciman offers no manual; his is not a manifesto for how democracy might smarten up its act or extricate itself from the confidence trap. Indeed, he charts the failures of all such past attempts to shortcut what is an organic process, skipping over the intermediate delays and missteps and getting to democracy’s long-term knack for doing the right thing more quickly. It cannot be done. That can be frustrating for those readers hungry for an answer to, say, democracy’s apparent powerlessness over the money markets.”

“As a corrective to the doom-and-gloomsters, his book makes some telling points, and he is a clear and forceful writer. It is useful to be reminded that “crisis of democracy” literature is itself part of the culture: for Runciman, the key fact about democracy is that it is never as bad as it looks. A focus on American history alone, however, cannot really help answer the question of whether democracies are more successful in adapting to crises than other polities. To put things in perspective, recall that the world’s most successful imperial dynasties lasted more than six centuries (the Ottoman and Habsburg), whereas American democracy has lasted little more than two.”

“His latest book feels far less fresh …  In essence it is a revisitation — the debt is generously acknowledged — of Alexis de Tocqueville, who observed in his visits to America in the 19th century that the country had extraordinary vigour but risked infantile short-termism by being so dependent on immediate response to the popular will. Runciman endorses this, with the additional point that it is when democracy seems to have proved itself most successful that it is at its weakest, because of the resultant complacency … Well, yes; but this tendency has been understood for millennia.”

“The Confidence Trap is less a work of research or scholarship than a commentary on events, strong on paradox and epigram rather than analysis and written in a somewhat rhapsodic style, which occasionally becomes wearisome … I am not wholly convinced that Runciman has identified the main challenges faced by modern democrats and, in particular, democrats on the left. He does not confront the problem, which nearly destroyed democracy in the 1930s, of ensuring that it does not become powerless in the face of its enemies. How can democracies be induced to defend themselves?”

The Confidence Trap by David Runciman The Omnivore 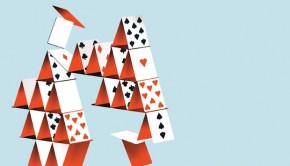 Fragile by Design: The Political Origins of Banking Crises and Scarce Credit by Charles Calomiris and Stephen Haber →