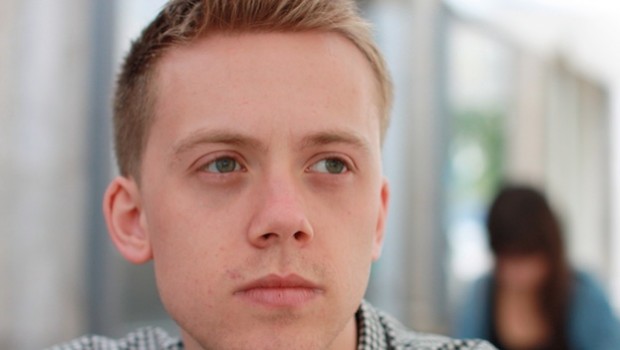 The Establishment: And How They Get Away With It by Owen Jones

Blurb: Behind our democracy lurks a powerful but unaccountable network of people who wield massive power and reap huge profits in the process. In exposing this shadowy and complex system that dominates our lives, Owen Jones sets out on a journey into the heart of our Establishment, from the lobbies of Westminster to the newsrooms, boardrooms and trading rooms of Fleet Street and the City. Exposing the revolving doors that link these worlds, and the vested interests that bind them together, Jones shows how, in claiming to work on our behalf, the people at the top are doing precisely the opposite. In fact, they represent the biggest threat to our democracy today – and it is time they were challenged.

“From the police to politicians, via regulators and bankers, Jones compellingly highlights the accumulation of power and its abuse by small coteries determined to preserve their wealth and status. I am less convinced by his denunciation of the media… After all, some of the toughest critiques of this government and investigations into public life, not least MPs’ expenses, have been conducted by pro-Conservative newspapers.”

“From politicians to the police and security services, the media and the mega-rich, he has damning tales to tell across the board. These are stories that leave the reader with the impression that we have reached new heights of self-interest and selfishness-driven politics, that Britain is among the most corrupt of states in the world, so warped that its defining feature is corruption made legal… Unfortunately, some of the most sensational claims are presented anonymously, reducing their power.”

“The book’s great strength lies in the simple power of accumulation… Jones’ prescription for change is relatively modest, and may even so be unrealistic. All the same, his book will inspire those agree with him to work harder to achieve it. His position as the standard-bearer of a youthful alternative to Westminster’s suffocating consensus seems assured, and perhaps this book will strengthen that group’s hope to build what you might see as an alternative establishment of their own.”

“How do the rich in general and bankers in particular get away with it? That is the question Owen Jones attempts to answer. In this, despite thorough and admirably vivid reporting, he only partly succeeds. He is excellent on how the state, supposedly rolled back, has just changed its nature so that, as big as ever, it has become a creature of capital, controlled by the corporate sector… What is missing from his account is how the masses were also captured by neoliberalism and how they bought in to capitalism to such an extent that it became all but impossible to escape.”

“The chapter on the recent history of ideas is fascinating, not least the tale of the TaxPayers’ Alliance, an extreme-Right think-tank that has somehow managed to position itself as the voice of the average taxpayer. The sections on corporate tax-avoidance, the lobbying industry and the sell-off of the NHS ought to have genuine British taxpayers spitting with rage. All the same, as Jones works methodically through the citadels of power, there’s a frustrating sense that he goes to his interviews in order to confirm his thesis rather than deepen it.”

“The capaciousness of Jones’s account is both this book’s strength and its weakness. The cumulative evidence of just how big is the tent that has been populated by the devotees of the small state is impressive and dispiriting… Jones’s outrage on [behalf of ordinary people] is righteous and heartfelt. But although he casts his net wide, he doesn’t go very deep. A lot of the stories in this book are the most familiar ones from recent newspaper headlines: the phone-hacking scandal, celebrity tax avoiders, Andrew Mitchell and “plebgate”. Jones has interviewed a wide range of people but few of them have anything revelatory to say. A lot sound as if they are covering their backs.”

“Jones lives and writes to reverse that settlement, mesmerised by the concept of the ‘Overton Window’ — the political theory that there is a narrow ‘window’, or range of ideas, that the public will accept. The Establishment, he believes, now successfully constrains the Overton Window. In fact it is the other way round, The ideas that govern the way the Establishment behaves are determined by the Overton Window every day in politics, the civil service, newsrooms, universities, think tanks, workplaces and boardrooms. Jones’s unsurprising conclusion is that we need a democratic revolution. But his book is mistitled. He should have called it The Consensus: And How I Want to Change It.“

“Jones may be right to say that “future generations will surely look back with a mixture of astonishment and contempt at how British society is currently organized” but the power of the argument is weakened by the manner in which it is made. Such is the tone of the author’s descriptions that we often know what is coming when a new character is introduced. “Patrician”? “Oozing a bemused disinterest”? A “striking perma-tan”? Stand by for an Establishment acolyte. “Fresh-faced twentysomethings [who] could easily pass as university students”? Meet the goodies. Such bias is disappointing from an author who in a previous book, Chavs (2011), criticised the stereotyping of the working class and who regards prejudice as one of the Establishment’s deadly sins.”

“By the end, we’ve reached the usual stuff, tax the rich, renationalise all the pubs in Carlisle, and the reader is trying to extract the interesting subject from all the iteration of the tribal material. It is all very well, but as so often in Jones’s writings, the fundamental flaw is quite simple. Like his hero Tony Benn, he has very little innate understanding of human nature. I don’t wonder that one of his interlocutors stared when he seriously suggested to them that MPs were paid too much, and would do their job much better if they were on the minimum wage. The lack of human understanding that moments like that reveal is rather a problem if you are setting out a project for the long-term improvement of the human race.”

“The cover of this book is garlanded with an encomium by Russell Brand, describing Owen Jones as “This generation’s Orwell.” And Jones cites George Orwell in the first line of his introduction. But those who expect the muscular originality of Orwell’s prose are doomed to disappointment. The 29-year-old Jones is a gifted newspaper columnist, but this, a follow-up to his successful Chavs, is workmanlike stuff with scarcely a memorable sentence in it. Orwell was notable in being a man of the left who challenged the left’s own ideas. Jones is resolutely orthodox: “Unions good, free enterprise bad” pretty much sums up the political message of this book.”

“…unlike earlier writers on the subject, Jones never defines the establishment or its rules of membership… Bankers, journalists, politicians and police officers apparently belong (unless Jones approves of them), but the judiciary, the episcopacy, the aristocracy and the monarchy barely figure. Much depends on attitude rather than status. If you are a social conservative and an economic liberal, Jones thinks you are establishment — a definition that excludes the arts, the universities, the media and even the military... Jones is reluctant to entertain the notion that the establishment might no longer be a closed shop.”

The Establishment: And How They Get Away With It by Owen Jones The Omnivore