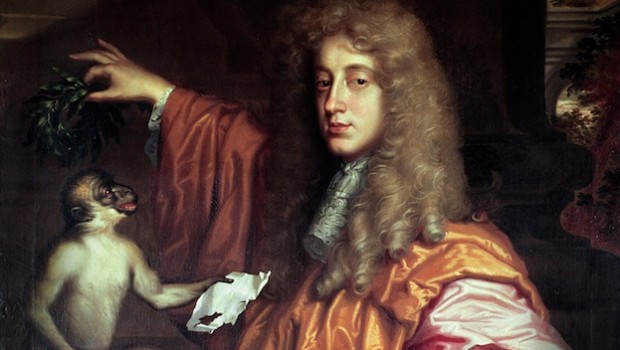 Blazing Star: The Life and Times of John Wilmot, Earl of Rochester by Alexander Larman

Blurb: He was ‘THE WICKEDEST MAN ALIVE’. He went to Oxford University at the age of 12. He slept with his first prostitute at 13. He was an alcoholic by 14. He was imprisoned in the Tower at 18. He was acclaimed a war hero at 19. He died of syphilis at the age of 33. He was English history’s first celebrity. He was John Wilmot, 2nd Earl of Rochester: Poet, dandy and libertine. BLAZING STAR is a compelling portrait of a remarkable and complex man, and of a cultural golden age that often spilled over into depravity.

Rochester: the debauched poet who mocked the King | Alexander Larman | The Telegraph

Dan Jones, The Mail on Sunday

“[A] witty and elegant biography… Larman does a splendidly entertaining job of detailing Rochester’s debauchery. Unlike others, he takes the early seriously as a first-rate poet — and he is frequently convincing. Often Rochester’s world feels eerily like our own: an age of mind-bending scientific discovery coinciding with a general crisis of faith and a swell of popular drunkenness and lechery. In this context his rauchy poems make a lot more sense.”

“This is a very good, assiduously researched and well-written book: it is also a slightly easy one… Blazing Star is a very accomplished debut, and I have bright hopes for Larman’s future work, especially if he tackles a more ambiguous and complicated figure.”

“…the most comprehensive portrait of Rochester yet. He also paints a vivid picture of the society of Restoration London, which was wild.”

“The racy tale of Rochester is told in scholarly but lively detail by Alex Larman in a beautifully written first book. His skill is to make a 17th-century hellraiser and poet come alive but also to examine his literary legacy and the other side of him that was not so headline-grabbing – his bravery as a young officer, his charm, and his generosity.”

“Larman in this his first book resists the temptation to present Rochester’s life as a study in salaciousness. Blazing Star includes few scabrous incidents and avoids both titillation and any impulse to condemn. Instead Larman is at pains to rescue his subject from his status as one-dimensional bad boy, arguing by contrast for Rochester’s role as whistleblower on the moral vacuity of the Restoration court and versifier of distinction. He mostly succeeds. The overuse of favoured words — “snot-nosed”, “Falstaffian”, “devil-may-care”, “carpe diem”— is a pity and readers may disagree with his interpretation of the late portrait of Rochester by Peter Lely. In its flattering swagger, this 1677 portrait is typical of Lely’s manner: it offers scant indication of the terrible depredations of Rochester’s life of “pleasure”. At its best, however, Blazing Star is engagingly partisan and elegantly informative.”

“In well-researched pages, Larman takes us through the high adventure of Rochester’s life and loves… The biography is not without its faults. Cliches are in evidence (“roaring trade”, “dogged persistence”) and the odd value judgment is made (“Bendo, being Italian and therefore given to floral verbosity…”). Yet Rochester’s life, with its tumultuous merriment and moments of dark self-loathing, can hardly fail to interest. Blazing Star paints a picture of a great poet who flared brightly before burning out.”

“It is cheering to see an avowedly populist book about a writer too often confined to the seminar room. Larman does sense the depths in Rochester’s libertinism but is right to worry that he has not revealed them. His journalistic style, unpompous and eagerly communicative, has its virtues but the commonsensical assertions too often seem like simplifications.”

“I don’t think we really need bother with Alexander Larman’s addition to the previous Rochester biographies. It isn’t well written, which is a disadvantage if your subject himself is such an elegant writer… It is unusual to see books published these days that contain much in the way of readings of classic authors. Rochester is of great interest, but it would be good to see him re-examined by a more alert and experienced writer.”

“Larman’s book is inevitably informative, but not always reliable, and he is too excited by the naughtiness of his subject. He tends to combine the pseudo-judicious formulas of academic writing (“It is impossible to say… but it is unlikely that… It is probable, however…”) with a queasy prurience… Blazing Star is Larman’s first book, and one does not want to be harsh, but he could have done with a lot more editorial help.”

Blazing Star: The Life and Times of John Wilmot, Earl of Rochester by Alexander Larman The Omnivore