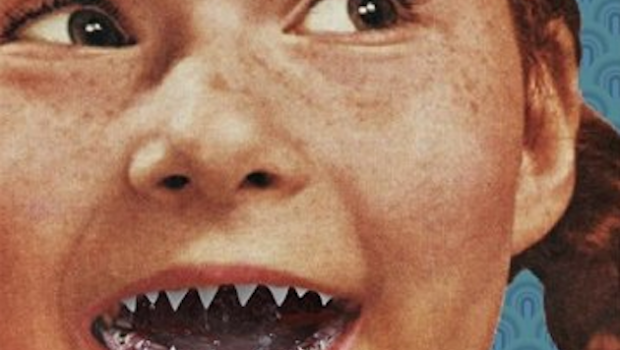 Shark by Will Self

Blurb: 4 May 1970. A week earlier President Nixon has ordered American ground forces into Cambodia to pursue the Vietcong. By the end of the day four students will be lying in the grounds of Kent State University, shot dead by the National Guard. On the other side of the Atlantic, it’s a brilliant sunny morning after an April of heavy rain, and at the Concept House therapeutic community he has set up in the London suburb of Willesden, maverick psychiatrist Dr Zack Busner has been tricked into joining a decidedly ill-advised LSD trip with several of its disturbed residents. Five years later, sitting in a nearby cinema watching Steven Spielberg’s Jaws with his young son, Busner realizes the true nature of the events that transpired on that dread-soaked day, when a survivor of the worst disaster in the US Navy’s history – the sinking of the USS Indianapolis in the shark-infested south Pacific – came face-to-face with the British Royal Air Force observer on the Enola Gay’s mission to Hiroshima. (Viking, September 2014)

“Umbrella was the first of his novels to move me rather than just intrigue and fascinate me. Shark is angrier, more brutal and more intense: it made me furious, not melancholic. But the book itself is also a paean to books. One character is transformed by the transport of black squiggles on white paper turning into thoughts: “It amazed her – who’d never got into the habit of reading – how Quint could lose seconds between the lines, turn pages into minutes, interleave chapters with hours.” Shark confirms that Self is the most daring and delightful novelist of his generation, a writer whose formidable intellect is mercilessly targeted on the limits of the cerebral as a means of understanding.”

“Where Umbrella’s tricksiness sometimes made it feel like a work of historical fiction, in Shark the language feels urgent and necessary. What Self aired in Umbrella has hardened into a style. Nabokov said there was no reading, only rereading, and Shark will bear many a rereading. It is an exciting, mesmerising, wonderfully disturbing book.”

“Self shares JG Ballard’s interest in the psychopathology of everyday life, and in the insistent strange juxtapositions between apparently discrete things. But where Ballard most often works at the level of symbol and image, and is almost militantly uninterested in the inner lives of his characters, Self’s rhymes and correlations bubble in the language itself, and his whole method is concerned with inwardness. Every pun is a Fraudian slip; and it is with feeling that he’ll describe Jeanie in girlhood weeping behind a bus shelter as she crams penny chews into her mouth. It makes him a warmer writer than Ballard, and – despite the superficial difficulties of his form – a less profoundly strange one.”

“Self’s ugly, sinuous and ceaselessly inventive prose does an exceptional job of evoking consciousness, the mind’s “wriggling little thoughtfish”. Formally, he achieves a masterly balance of surface chaos and underlying design, creating an intricate tattoo of linked shark and nuclear imagery, just as his phrases echo and rhyme and connect. Overall, Shark generates a dream-like synthesis of rational and irrational, familiar and strange. I am, or was, a Self-doubter:  after the promise of his clever early stories, he seemed for many years like a writer who had lost his way. Yet even to this sceptical observer, it’s clear that, with this trilogy, Self is creating something rather grand.”

“Although driven by considerations of plotting and pace, the structure of a work of literature often also acknowledges the ease of the reader: the crime writer Peter James recommends short chapters so that people can read two or three before going to sleep. In that sense, the ideal reader of Shark might be someone who doesn’t have a job but does have insomnia and a catheter. Even the most diligent Self fan, when confronted with such density of typography and exposition, must sometimes think: give us a break. But, in an era when publishers and reading groups exert so much pressure towards the soft read, Self (along with Hensher and both Smiths) is saving the life of the hard read that rewards the attention demanded. “

“Although Umbrella was also a jigsaw, piecing it together wasn’t too troublesome as the plot had a master template: Oliver Sacks’s Awakenings. A more omnivorous beast, Shark is far wilder, with its elements united by harebrained coincidence … The novel’s unsettled, rampageous spirit – at times it feels as if it could go on tuning in to different frequencies indefinitely – certainly wards off the whiff of formaldehyde that occasionally clung to Umbrella. But drawing fruitful connections between every sub-subplot in the kaleidoscopic craziness, which is more akin to the raucous epics of postwar American writing than anything modernist, proves a challenge. Giddy after a second read-through, I’m still unsure whether it all coheres, or quite how much it is supposed to.”

“The apparently anarchic writing is moderated by careful plotting and sympathetic character development. Self’s hungry rehabilitation of high modernism pushes at the limits of realism without ever quite abandoning it.”

“… his most important and least readable book yet. It’s bewildering, exhausting and so relentlessly out of focus that unless you are a disenfranchised English student hopped up on caffeine pills and a hatred of Thomas Hardy, you’re unlikely to make it through to the end, still less part with nearly £20 for it.”

Shark by Will Self The Omnivore