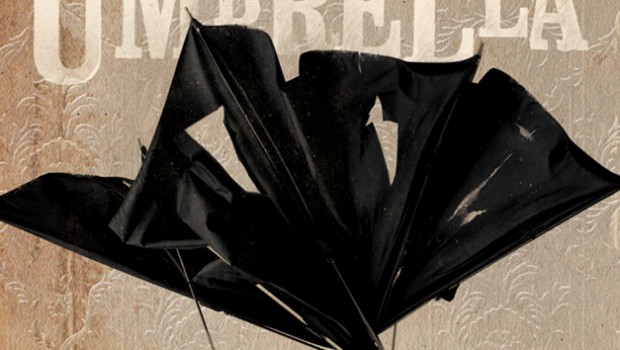 Blurb: Recently having abandoned his RD Laing-influenced experiment in running a therapeutic community – the so-called Concept House in Willesden – maverick psychiatrist Zack Busner arrives at Friern Hospital, a vast Victorian mental asylum in North London, under a professional and a marital cloud. He has every intention of avoiding controversy, but then he encounters Audrey Dearth, a working-class girl from Fulham born in 1890 who has been immured in Friern for decades. (Bloomsbury)

“His boldest novel yet. It doesn’t so much flatten the cultic contours of his previous writing – the flights into science fiction and fantasy, the influence of JG Ballard and William Burroughs – as elevate them to a new level of seriousness. Its scope is dazzling. The time frame goes from Death’s proletarian childhood in late-Victorian Fulham to Busner in 2010 looking back at his encounter with the catatonic socialist almost 40 years previously … The switches between perspective and chronology are demanding (there are no chapters), but Self handles them with bravura skill … An immense achievement.”

“[It] builds into a heartbreaking mosaic, a sardonic critique of the woefully misdirected treatment of the mentally ill and the futility of war and, above all, a summation of the human condition. Despite the bleakness of the message, by the end you are filled with elation at the author’s exuberant ambition …”

“Umbrella is old-school modernism. It isn’t supposed to be a breeze. But it is, to use the literary critical term of art, kind of amazing. To frame it in terms of the film Gremlins, if you fed Alan Hollinghurst’s The Stranger’s Child after midnight, it might come out looking a bit like Umbrella. Both share the historical range, the multiplication of perspectives, the interest in architecture and memory, and the central preoccupation with time. But where Hollinghurst’s mode is fastidiously naturalistic, Self’s is the exact opposite. Hollinghurst is interested in time’s arrow; Self presents time as a dangerously faulty artillery shell.”

“Umbrella is a magnificent celebration of modernist prose, an epic account of the first world war, a frightening investigation into the pathology of mental illness, and the first true occasion when Self’s ambition and talent have produced something of real cultural significance. It is also very hard work to read.”

“The Edwardian sections are the most lavishly engaging, with Self doing different voices like a schizophrenic music hall act. One of the most striking scenes is a journey taken by Audrey and her father through the thronging streets of “Lunnun town”, the father’s umbrella poking its way through all early 20th-century mod cons: motor vehicles, moving images, advertising, air travel, electric light, department stores, new professions … The novel is stuffed with ephemera, but luckily, its overabundance of imagery and sheer verbiage can be made to seem part of its subject matter. Self’s refusal to explicate for the reader makes it occasionally arduous going, but it is refreshing to read a book that makes demands rather than “unpacking” itself. ”

“Though hard work is certainly demanded from the reader, it is always rewarded. Through the polyphonic, epoch-hopping torrent, we gradually construct a coherent and beguiling narrative … In common with his early mentor, Martin Amis, Self has sometimes risked his violently distinctive guiding voice overpowering plot and characters. Umbrella does contain a few of the thesaurus-gorged sentences that inflame his detractors, but the author is generally invisible within the intricate Babel of voices (although Busner is given some brainy Self-ish riffs on subjects including Judaism, nazism, ageing and umbrellas).”

“Self brilliantly conveys the flow and texture of the human mind, the way in which sensations can inspire or deflect thought. It is occasionally baffling and even infuriating but, at its best, Umbrella works like a good dose of L-DOPA, waking you up and making you see familiar things in a new way.”

“Though the novel, like all of Self’s books, is largely a combination of the dryly comic and grotesque, there is a new stateliness apparent in Umbrella. The influence of Self’s alternative canon of Ballard, Burroughs, science fiction, Kafka and Lewis Carroll’s whimsy is absent here, as is his relish of decadence. There is a contemplative quality to the prose that feels new … but the content remains familiar: a Swiftian disgust with the body; a fastidious querulousness about human sexuality; a forcing of attention on human frailty … Undoubtedly Self’s most considered novel, as much a new beginning as a consolidation of everything he has written to date.”

“Umbrella is not exactly a pastiche of modernist styles, nor (though this might have been more ambitious) an effort to recharge those modes at one century’s remove. Like Tom McCarthy’s C – set in the same era of networked tech-frenzy, and a novel with which Self seems to be in sly dialogue – its relationship with modernism is as much a matter of historical allegory as structural or textural affinity. Despite himself, the clinically cack-handed Busner works out that Audrey’s machinic tremors derive from grappling with new technology as a youth … All of which suggests that Umbrella is a complexly textured, conceptually forbidding thesis about the modern, its art and their discontents. This being Self, though, there is also a great deal of humour.”

“It can be a bewildering experience, and at times one suspects that Self has taken from Modernism only what Malcolm Bowie called “the art of being difficult”. But in the end, the form is justified: Self’s stream-of-consciousness style allows him delicately to trace connections between war, technology and the mind … a stunning novel, and a compelling Self-reinvention.”

“Every experience is filtered through another, or infiltrated by it. At times, this Self-imposed exile from any “fixed regard”, threatens the narrative’s sanity, and its readability, but that is the point. Whether Umbrella takes experimental fiction beyond the magnificent cul-de-sac into which Joyce steered it is doubtful. But this fresh reminder of the potential of finding new selves – to be and to write with – is extraordinary.”

“It is Umbrella’s historical consciousness that makes it such a curiously unmodernist book. Suffragettes in petticoats ride safety-cycles and people break off to discuss ‘the martyrdom of Davison’ and the ‘bombshell’ dropped by Emily Pankhurst. Self’s characters are aware they are living through a transitional epoch … Joyce’s research for Ulysses was conducted in the present tense … His method was, Eliot argued, to use a mythical scaffold as a way of ‘giving a shape and a significance to the immense panorama of futility and anarchy which is contemporary history’, but that history happened elsewhere. In Umbrella Self isn’t so much interested in making it new as in exploring our collective cultural memory of that thing called modernism.”

“This dense, gabbling novel has been longlisted for this year’s Man Booker, and Self’s magnificent refusal to write anything like a normal British novel makes him a good outside bet.”

“While Self may win commendations for supplying Joycean thrills, it’s precisely Umbrella’s modernism that makes it old-fashioned. Though the novel is explicitly about the emergence of modernism (Audrey’s remembered world of whelk stands cedes poignantly to a neon present) it is being published now for minds calibrated to ad-breaks and wi-fi … Literature isn’t required to be easy, or to be about the present day, but for Self to choose not to compose in a tempo suggestive of current mental life, in favour of a historically derived one, is an act of nostalgia. Umbrella is a modernist marvel, kept behind museum glass.”

“If the realist novel welcomes you in, takes your coat, hat (and umbrella), shows you to a comfortable seat and gets you a gin and tonic, this book leaves you to let yourself in, sit yourself down (if you can find room) and get your own bloody drink if you insist on having one. And then it comes in and starts whingeing about how it’s better than everything else, because everything else is so nice and dull and easy … this novel presents an uncompromising vision that the more crowd-pleasing end of literary fiction certainly lacks, and that, while uncomfortable, is a necessary part of the range of contemporary literature.”