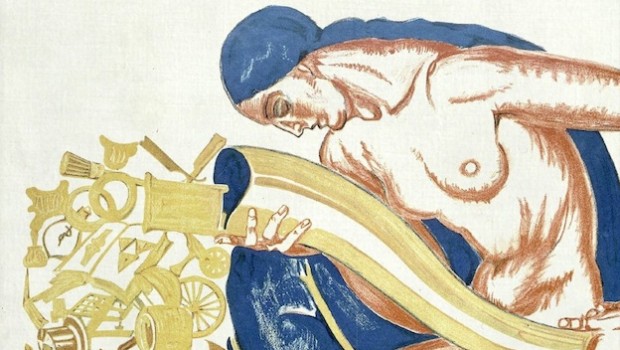 The Deluge: The Great War and the Remaking of Global Order by Adam Tooze

Blurb: In the depths of the Great War, with millions of dead and no imaginable end to the conflict, societies around the world began to buckle. As the cataclysmic battles continued, a new global order was being born. Adam Tooze’s panoramic new book tells a radical, new story of the struggle for global mastery from the battles of the Western Front in 1916 to the Great Depression of the 1930s. The war shook the foundations of political and economic order across Eurasia. Empires that had lasted since the Middle Ages collapsed into ruins. New nations sprang up. Strikes, street-fighting and revolution convulsed much of the world. And beneath the surface turmoil, the war set in motion a deeper and more lasting shift, a transformation that continues to shape the present day: 1916 was the year when world affairs began to revolve around the United States. America was both a uniquely powerful global force: a force that was forward-looking, the focus of hope, money and ideas, and at the same time elusive, unpredictable and in fundamental respects unwilling to confront these unwished for responsibilities. Tooze shows how the fate of effectively the whole of civilization – the British Empire, the future of peace in Europe, the survival of the Weimar Republic, both the Russian and Chinese revolutions and stability in the Pacific – now came to revolve around this new power’s fraught relationship with a shockingly changed world.

“Bold and persuasive… The Deluge is particularly good on debunking the idea that Bolshevism represented any kind of serious threat to this American-led transformation of global capitalism. On the contrary, it demonstrates the weakness of the new Soviet state in the 1920s, above all in Europe, and the fundamental asymmetry in power between those committed to the American vision of a new order and those opposed to it.”

“Tooze, whose earlier book, The Wages of Destruction, studied the Nazi economy, understands the complexities of the interwar years as well as any historian alive… Tooze’s dense high-fibre masterpiece will soon, I feel sure, be translated into Russian for the instruction of the new breed of hard-nosed Putinist diplomats who are already convinced the US is in terminal decline. It is when the book is translated into Chinese that we need to really worry.”

“What Adam Tooze has done – a huge, formidable achievement – is to reconstruct a vast global web, and to show how the slightest vibrations on its threads had consequences everywhere, almost regardless of individual fears and hates or venomous ideologies. The breadth of his scholarship also frighteningly illuminates the fragility of peace.”

“His new book confirms his stature as an analyst of hugely complex political and economic issues… It would be mistaken to pretend that this book is an easy read, because it covers so vast a canvas, and addresses so many disparate issues. It suffers periodic epidemics of adjectives. But here, as in his earlier work, Tooze shows himself a formidably impressive chronicler of a critical period of modern history, unafraid of bold judgments. My only regret is that he does not seek more fully to contrast the respective settlements after the two world wars — a fascinating exercise.”

“It is a boldly argued, fluently written narrative, which has much to say about China, India and Japan as well as Europe and the US, and which is especially strong on the swirling global economic tides of the post-1918 era… Tooze’s book is an invaluable account of why the US and its allies, having defeated Germany in 1918, were unable thereafter to stabilise the world economy and build a collective security system.”

“Interesting, engaging and very readable… There is something uncannily familiar about his scholarly career, which started in business history, moved into more general work on the German economy and has now embraced the new encyclopaedism that is sweeping the historical profession, taking in a move to a prestigious post in the States and developing a penchant for stylish revisionism along the way. Mercifully, though, Tooze has stayed serious – there are no ‘killer apps’ to explain the rise of American power here. And for those of us who have yet quite to understand why something suddenly becomes so fascinating just because it happened 100 years ago, as opposed to 99, he has also delivered, for the first time amid all the current commemorative noise, a clear and compelling rationale as to why it is actually worth going back and looking at the era of the First World War at this particular moment in time.”

“The Deluge is the work of a fine historian at the peak of his powers, formidable in its range and command of the material, written in strong, muscular prose. It is also a demanding read – a long, dense, crowded narrative of diplomacy and high politics, in which policies, plans and politicians with unfamiliar names come relentlessly at the reader… I kept making guilty, sustaining pit stops with Peacemakers, Margaret MacMillan’s gossipy book about the Versailles conference, which is packed with the sort of human details Tooze doesn’t bother with. More a sophisticated academic commentary than a narrative history, his book smoulders but does not catch fire.”

“For reasons that are not entirely convincing, The Deluge begins in 1916. It would have been useful to offer a brief overview of the terrain of the old order, created at the Congress of Vienna in 1815 by Austria, Britain and Russia in the wake of the Napoleonic Wars. That kind of discussion would have served to chart the factors that helped to prevent a European-wide war for nearly a century, and then to show why the system broke down in 1914. Another concern is that the book’s timeline skips about, making it difficult for readers to find their way through the thickets of leaders, many of them obscure, along with a plethora of countries, agencies, treaties and conflicts… Its flaws aside, The Deluge contains some surprising revelations and is bound to be of interest to specialists and non-specialists alike.”

The Deluge: The Great War and the Remaking of Global Order by Adam Tooze The Omnivore