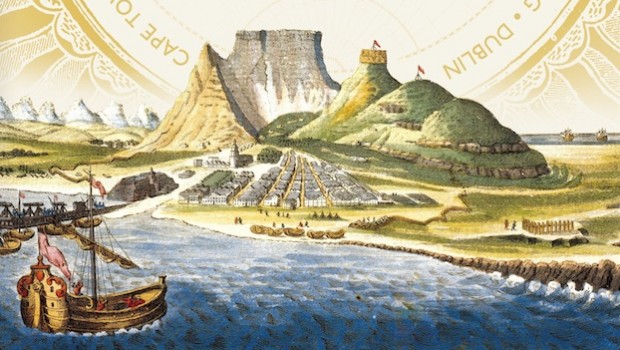 Ten Cities that Made an Empire by Tristram Hunt

Blurb: From Tristram Hunt, award-winning author of The Frock-Coated Communist and leading UK politician, Ten Cities that Made an Empire presents a new approach to Britain’s imperial past through the cities that epitomised it… The final embers of the British Empire are dying, but its legacy remains in the lives and structures of the cities which it shaped. Here Tristram Hunt examines the stories and defining ideas of ten of the most important: Boston, Bridgetown, Dublin, Cape Town, Calcutta, Hong Kong, Bombay, Melbourne, New Delhi, and twentieth-century Liverpool. Rejecting binary views of the British Empire as ‘very good’ or ‘very bad’, Hunt uses an exceptional array of primary accounts and personal reflection to chart the processes of exchange and adaptation that collectively shaped the colonial experience – and, in turn, transformed the culture, economy and identity of the British Isles.

“Hunt is not, of course, the first politician to write a history book. But this is in a different league from fellow MPs’ efforts, being distinguished not just by its vivid detail and fluent prose, but by the sheer complexity and subtlety of its arguments. One of the great strengths of his account is that it focuses on each city at a particular moment in its imperial history (Bridgetown just after the American Revolution, for example, or Hong Kong in the 1840s), allowing him to explore how the meaning of empire itself evolved over time.”

“It’s an ingenious and timely approach… Hunt skilfully constructs his itinerary to provide a lively and cliche-busting survey of imperial history.”

“The author, who is my opposite number in the House of Commons, has produced a work of the very high standard I would have expected. It is clever, stylish, carefully balanced ideologically so as not to give offence to vigorous partisans on either side of the debate and a pleasure to spend time with. Even Homer nods, however, and the author makes the odd factual slip. It is not the case that the Nine Years War and the War of the Spanish Succession began in the late 1730s. They began in 1688 and 1701 respectively. And the Corn Laws were repealed in 1846 not 1844. It is to be hoped that these, and any other errors, can be corrected in time for what will no doubt be a highly successful paperback version of this otherwise exemplary read.”

“…a fascinating and readable book. Historians have long struggled to fashion a coherent narrative out of the vast sprawl of conflicting motives and ideologies that made up the British Empire, and Hunt comes closer than most to succeeding.”

“…the work as a whole is patchy and jejune. To be sure, the Shadow Minister for Education demonstrates that he knows more about history than Michael Gove, though this is hardly a signal achievement… the book smacks more of travelogue than archival research. It is pitted with little mistakes… Finally there is the matter of Hunt’s prose… generally he writes like an uninspired academic-turned-politician, using phrases such as ‘meaningful interaction’ and saying enormity when he means immensity. In her romantic way Jan Morris would have made this story sing. Tristram Hunt makes it croak.”

Ten Cities that Made an Empire by Tristram Hunt The Omnivore