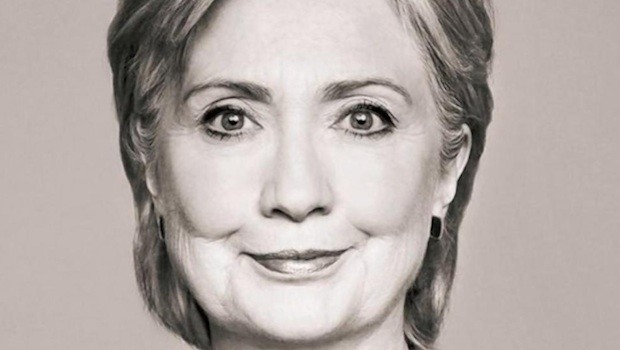 Blurb: Hillary Rodham Clinton’s inside account of the crises, choices and challenges she faced during her four years as America s 67th Secretary of State, and how those experiences drive her view of the future.

“…a subtle, finely calibrated work that provides a portrait of the former secretary of state and former first lady as a heavy-duty policy wonk… For readers who are less policy-oriented, there are personal tidbits strewn lightly throughout, like small chocolate Easter eggs. Mrs. Clinton tells us that she would fight jet lag by sometimes digging “the fingernails of one hand into the palm of the other”; that she kept the raid on Osama bin Laden’s hide-out secret from her husband (“They told me not to tell anyone, so I didn’t tell anyone”); that President Obama once called her aside before an international meeting for what she thought was a sensitive consultation, only to hear him whisper in her ear, “You’ve got something in your teeth.””

“…this is a pretty buttoned-up book. But it is not unrevealing. Clinton gives some clear indications of her likes and dislikes. She doesn’t seem to have much time for David Cameron, whom she appears to find too smooth (she much prefers William Hague); she is warily respectful of Angela Merkel; she was almost charmed by Nicolas Sarkozy; she thinks of Vladimir Putin as little more than a thug… Above all, what comes through is Clinton’s sheer persistence.”

“There were times when I almost gave up as Clinton continued her methodical plod through every country she had visited as secretary of state. It’s Tuesday so it must be Jakarta. But it would have been a big mistake to throw this book down because a) it would have broken my foot and b) I would have missed a fascinating insight into the only woman who has, or has ever had, a genuine shot at being leader of the free world. Beneath its strenuously statesmanlike surface, Hard Choices tells us what it takes to evolve from a clever, passionately idealistic young feminist into a broad tough enough and cynical enough for the highest office.”

“This was never going to be a racy, humorous, self-deprecating volume. No searing soul-searcher or tear-jerker, either. As for revelations, there would be a few – the pressure of the reported $8m advance, plus Clinton’s desire for a positive pick-up on chat shows would have seen to that – but not many. So it proved. But I admit, the experience was nowhere near as bad as I expected.”

“The book is clearly written with the help of researchers — some descriptions of countries seem to come straight out of the CIA World Fact Book — but Clinton’s voice and world view is authentic… Hard Choices is also the story of Clinton’s relationship with Barack Obama, and this is gripping.”

“Hard Choices is something of a paradox. On the one hand it shores up the view that Clinton would make a good president – she is a tough, hard-working and very experienced figure. On the other, it is a dull affair. From the point of view of the reader, it is an easy decision. Reviewers read Hard Choices so that you don’t have to.”

“If literature is, as Martin Amis memorably put it, a ‘war against cliché,’ then in Hard Choices literature has its Little Big Horn. With Mrs Clinton we are forever ‘walking on eggshells’, looking for the ‘silver lining’, doing our best to think ‘broadly’ in a world of ‘unbelievably long’ journeys, ‘gruelling’ schedules, ‘complex’ or even ‘increasingly complex’ relationships… Hard Choices is a long, calm, boring book. It left me with the urge to be wicked.”