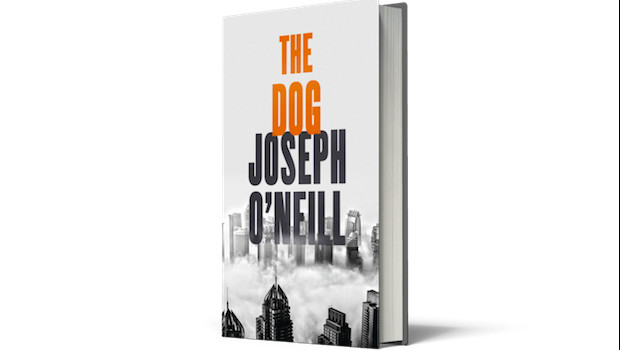 The Dog by Joseph O’Neill

Blurb: The new novel from Joseph O’Neill, his first since the Man Booker longlisted and PEN/Faulkner Award for Fiction-winning ‘Netherland’. In 2007, a New York attorney bumps into an old college buddy – and accepts his friend’s offer of a job in Dubai, as the overseer of an enormous family fortune. Haunted by the collapse of his relationship and hoping for a fresh start, our strange hero begins to suspect that he has exchanged one inferno for another. A funny and wholly original work of international literature, ‘The Dog’ is led by a brilliantly entertaining anti-hero. Imprisoned by his endless powers of reasoning, hemmed in by the ethical demands of globalized life, he is fatefully drawn towards the only logical response to our confounding epoch.

“This is not always an easy novel — the narrator’s thoughts can be dense, with page-long sentences and parenthesised sub-clauses that stack up, so that a full stop comes after five or six close brackets. This can be very funny (he coins a collective noun for men in a fertility clinic: “a sadness of masturbators”, and sees America as “a strange, gigantically foolish place that sooner or later will be undone by the calamitous mental life of its population”). Cumulatively, however, it reads like a desolate cry for help.”

“The narrator’s mad lingo, meanwhile, is also exquisite and wonderfully overcooked, reading sometimes like a mix of Martin Amis and Thomas Bernhard. Perhaps it’s well beyond the ken of your average New York lawyer. But its inflexible and weirdly earnest decency makes for some excellent comedy as it hurtles against the wall of amoral Dubai reality. There is just enough grim honesty and shrewdness in it to allow O’Neill’s readers to nod our heads at some of his narrator’s more outrageous ruminations. Especially good are the attempts to subject contemporary relationships to fastidious and pointless legal nit-picking.”

“Writing in a kind of conversational legalese, decidedly latinate (to the extent of making up words, such as ‘infuriation’), hiccoughing with multiple parentheses, X is subject to the tyranny of reason or perhaps simply overzealous lawbook learning. Occasionally there are lapses into the demotic, often in the form of emails to his obdurate employers, which X composes in his head but never sends. The funniest, and most terrible, scene in the book details the break up of his relationship with Jenn.”

“It would be unfair to call The Dog “heartless”, and flattering to say it’s “terrifying”, but I felt more engaged by its themes of friendlessness, nationality and injustice during breaks from reading, than I did while working through it. The narrator’s solitary existence at his luxury apartment complex, named “The Situation”, and the disappearance of a compatriot, generates intrigue but the story moves slowly.”

“All the ingredients of O’Neill’s previous novel are here, but that’s just the problem. Trying to create the same magic from the same recipe, O’Neill can almost see the same elements failing to cohere with the same elegance or poetry before him, leaving him to rootle around in uncertain attempts at comedy to make up for it.”

“We’re dealing with a man who introduces himself by claiming that “the accumulation of experience amounts, when all is said and pondered, simply to extra weight.” Given that disparaging opinion of what non-depressed people might call “plot,” it’s not surprising to find a novel that feels both weighty and inconsequential, an addition to that genre of stories about adrift, disaffected middle-aged men. X is a comically, absurdly and finally maddeningly digressive narrator, a human Internet of hyperlinks that lead everywhere but have no real purpose.”

“When writers such as Amis or Updike depend entirely on voice, at least it is (mostly) their own voice. And O’Neill is not only using their tools – he is applying them to the same task. Dubai represents to the book’s nameless narrator almost exactly what America represented to Humbert Humbert and Augie March in the 1950s and Rabbit Angstrom in the 1970s and John Self in the 1980s – a land equally in thrall to God and to Mammon, where rules seem made to be exaltedly broken. The result is a novel with zero equity in its own prose style and no way of repaying its debts. “

“The narrator of Netherland also spent a lot of time alone at home, feeling sorry for himself, but he was hauled out of his funk by an effervescent, Gatsby-esque dreamer and hustler named Chuck Ramkissoon, who plunged him into the chaotic streets of New York and introduced him to an array of strivers and schemers who helped reawaken him to the possibilities of life. Alas, in “The Dog,” the narrator barely budges from his unhappy little cocoon, and there are no captivating characters like Ramkissoon to alleviate his spiral of self-pity — or the reader’s boredom.”

The Dog by Joseph O’Neill The Omnivore