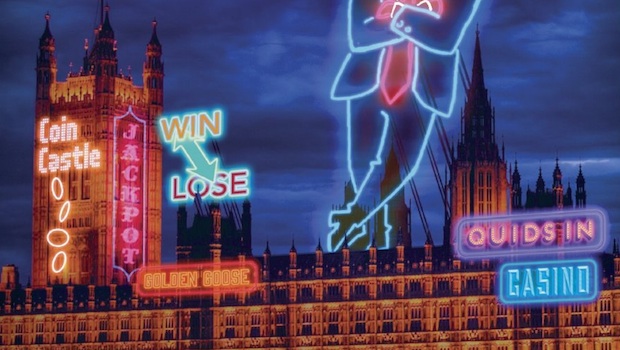 Mammon’s Kingdom: An Essay on Britain, Now by David Marquand

Blurb: The follies and failures of bankers, regulators and governments have loomed large in public debate over the past five years. In this passionate and hard-hitting book, David Marquand digs deeper. At the heart of our predicament, he argues, lies a profound crisis of our moral economy, our public culture and our democracy. The empire of money has grown remorselessly for three decades, narrowing the space for a common life without which democratic institutions are empty shells. Increasingly, worth is equated with wealth and greed is thought to be good. Inequality has soared as a narrow elite of the super-rich has raced away from the rest of us. Humiliation at the bottom of the pile is matched by callous indifference at the top. The better angels of our nature survive, but they have taken a heavy hit. We are sleepwalking towards a seedy barbarism. The long struggle to master markets and curb property rights in the public interest – a struggle waged by leaders of all the main political families of our history, whether conservative, liberal and socialist or social-democratic – has gone into reverse. The language of the public interest is rarely heard; the notion that the common good should take precedence over individual appetites has virtually disappeared from political discussion. Public trust, essential for properly functioning markets as well as for democratic rule, has plummeted. The fetish of ‘free choice’ has mutated into an unsought communal fate. Marquand’s message is plain: we cannot go on as we are. He sets out the framework of a new public philosophy, based on the values of stewardship, democratic dialogue, civic engagement and freedom from humiliation, to spring the trap into which we have stumbled.

“While it may occasionally descend into hyperbole, his book is compellingly readable and immensely well informed. No one who is curious as to the ideas and policies that have led to our current political condition can afford to ignore Marquand’s incisive analysis. What is less convincing is the way he combines his assessment of where we are now with an impassioned plea for a new ‘national conversation’. He seems convinced that some kind of public dialogue could enable Britain to reject market-driven individualism in favour of some unspecified communitarian alternative. But if British society is as fragmented as Marquand says it is, how is a dialogue of the kind he envisions even possible?”

“The manifold evils of the process are beyond dispute. But wherein lies the remedy? Here the book is rather more disappointing. The answer, it seems, is “a wide-ranging national conversation”, in which the ideas upheld by philosophers past, notably Burke, Mill, Tawney, are proclaimed anew… But donnish dominion, like patriotism, may not be enough. We need action as well as conversation.”

“It would be unfair to expect a detailed manifesto, even though as a former Labour MP and adviser to the European Commission Marquand isn’t just another ivory-tower academic. But we are pretty familiar now with an analysis of what is wrong with Britain that links together appalling levels of income inequality, overpaid bankers, tax-dodging corporates, Tony Blair, the Iraq and Afghanistan wars, a shallow and materialist celebrity-fixated culture and Rupert Murdoch. The tale doesn’t get much less shocking with each retelling, but there comes a point where you can’t just keep retelling it, where calling, as Marquand does in his final chapter, for a “national conversation” sounds dangerously like a cop-out after six years in which it sometimes feels as if we’ve talked about little else.”

“Mammon’s Kingdom claims to be about “now”. But it has little to say about Facebook, Twitter, the English Premier League (a playground for the international plutocracy and a model of the kind of rapacious winner-takes-all capitalism Marquand loathes) or many other of the fundamental cultural forces shaping the way we live, here and now… None of my objections are likely to disturb David Marquand, however. He has written a self-consciously provocative book, one that demands to be read. ”

“Marquand is at his strongest in articulating a Burkean case for stronger action on climate change, and the need to replace the “imperative of economic growth” with “the imperative of sustainability”. What David Cameron is alleged to have described as “all this green crap” is in fact the greatest moral challenge of our time… Unfortunately, these deeper arguments are too often lost. Before a line of argument is allowed to develop too far, Marquand veers off to describe another disgraceful aspect of modern Britain: “And another thing…”"

Mammon’s Kingdom: An Essay on Britain, Now by David Marquand The Omnivore