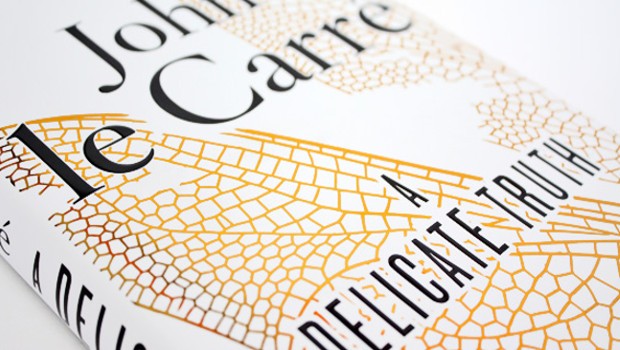 Blurb: A counter-terror operation, codenamed Wildlife, is being mounted in Britain’s most precious colony, Gibraltar. Its purpose: to capture and abduct a high-value jihadist arms-buyer. Its authors: an ambitious Foreign Office Minister, and a private defence contractor who is also his close friend. So delicate is the operation that even the Minister’s Private Secretary, Toby Bell, is not cleared for it. Suspecting a disastrous conspiracy, Toby attempts to forestall it, but is promptly posted overseas. Three years on, summoned by Sir Christopher Probyn, retired British diplomat, to his decaying Cornish manor house, and closely watched by Probyn’s daughter Emily, Toby must choose between his conscience and his duty to the Service. If the only thing necessary for the triumph of evil is that good men do nothing, how can he keep silent?

“A Delicate Truth is the best novel le Carré has written for some time. The title, too, is ambiguous … John le Carré makes the conventional distinction between genre and literary fiction seem absurd. He is far more serious in his themes than the majority of those who write so-called literary fiction; happily he is also more entertaining.“

“The action takes place first in the British colony of Gibraltar, then in London and Cornwall. And apart from a couple of relatively minor characters, it’s an all-British cast, with not a foreign spy in sight. Yet at no time is the story diminished by its narrow scope. On the contrary, it allows le Carré the freedom to explore in absorbing depth the emotions of people caught up in the espionage game. The result is beautifully sad; the novel is the most satisfying, subtle and compelling of his recent oeuvre.“

“Le Carré, now an august 81, is a writer of towering gifts, whose fiction appeals to a reading public both popular and serious. A fiction without a story – le Carré knows – is scarcely worth its weight in paper. Throughout A Delicate Truth, the tension ratchets up superbly as revelation follows on revelation. Much of what passes these days for literary fiction is mere creative writing; le Carré is one of the great analysts of the contemporary scene, who has a talent to provoke as well as unsettle.“

“Some of his more recent books, such as A Most Wanted Man of five years ago about extraordinary rendition, have been politically tendentious and crudely anti-American, preferring to attack the war on terror rather than terrorists themselves. A Delicate Truth, however, is less politically engaged, more intricately involved with le Carré’s permanent subject: how can a good man caught up in a web of deceit extricate himself?“

“In many ways late Le Carré remains a pre-eminent English writer – mostly for his consummate prose-creation of atmosphere. In other regards, he is less than scrupulous or inventive. None of which detracts from that pure reading pleasure of sitting down with him again.”

“The bad guys remain sketchy, remote figures but they are always out there, dark shadows, ready to do what they believe is needed in service of the real villains of this piece – the state and its self-interest.“

“The book completes unfinished business for the author. Confounding those who wrote off spy fiction after the official end of the cold war, the last decade in US and UK relations has been dominated by conflicts justified through secret intelligence that proved to be false. As its title strongly hints, A Delicate Truth, with a plot that again involves partisan or tactical interpretation of data, feels like a completion of Le Carré’s depiction of the Bush-Blair era and the role of neo-conservative thinktanks and tickled-up information that began in Absolute Friends and A Most Wanted Man.“

“Le Carré is up to date with his target. The plot moves through a late-noughties London filled with oligarch money, and he captures the new establishment of politicians, tycoons and former spies. Everyone gossips in the private language of deal-making, then glosses it for public consumption. If there is a difficulty, it is that the moral shades of grey in earlier novels have turned to black and white.“

“Le Carre says this is his most autobiographical book for ages; Bell is said to be Cornwell in his early thrusting 30s while Sir Kit, like the author, lives in a remote Cornish village. Both are the most realised characters in the book, which takes liberties with the plot for which lesser writers would be crucified. Nevertheless such is Le Carré’s talent he manages to bring this at times threadbare affair to a thrilling, suspenseful close.“

“Compared to the lean prose of The Spy Who Came in from the Cold, published 50 years ago this year, le Carré’s recent novels can seem overwritten. Some dodgy police dialogue aside (do officers really address people as “son”?), le Carré has returned in A Delicate Truth to what he does best: storytelling. Clever structuring and deft changes in tense drive the narrative along as we follow Toby’s quest to do the right thing.“

“Tension is maintained not only by the natural pull of the plot — the what’s-going-to-happen essential to any thriller — but by Le Carré’s skilful layering. There’s usually more than one thing going on at a time, more than one source of tension. As well as the mystery of what’s happening, the protagonist knows something we don’t, or someone else knows something he doesn’t. Because it’s so effective at getting you to turn the page, pointing you forward to what’s next rather than trying to draw attention to itself, it’s easy to overlook this kind of writing. Few do it well and fewer still can do it, as Le Carré does, with touches of humour …“

“Le Carré, however, is never predictable, and always exploring new frontiers. A lesser writer might have fallen back on some literary tradecraft. Once the cat is out of the bag, the tempo and tone of A Delicate Truth becomes progressively relentless and angry. Le Carré picks over the cynicism of the secret state with a kind of cold fury. There’s a brilliant climax, with sinister deaths, casual torture, wrecked lives, and shameful compromises.“

“The book vibrates with le Carré’s patent indignation at the sense that our politicians are betraying all of us and the values they are meant to uphold. Instead of asking difficult questions about whether unethical means can justify ethical ends, however, A Delicate Truth pits the ethical against the unethical, good guys against bad, the moral against the amoral, honest British soldiers against dishonest American mercenaries.“

“Essentially the book marks a return, or at least a long, regretful backwards glance, to the days of Sapper and John Buchan, when black was black and white was white, when heroes were straightforward and shockable and girls were like Emily, Kit Probyn’s daughter, as she is seen by Toby Bell, ‘Emily the runner, the freed wild child, her raincoat billowing, dark hair streaming behind her against a slate-grey sky’. All this is charming, and makes for a wonderfully entertaining read, but in the end one is left pining for the harsher and more plausible realities of John le Carré’s early, one and only true masterpiece.“

“In terms of realism, fictional depictions of the Government feel as though they’re in a different place, these days, thanks to television’s efforts. While it tackles relatively modern themes, this book’s soul resides in the dark corners of the Berlin Wall’s long shadow. If you’re after a decent spy novel, with a small dose of action, that’s certainly no bad thing.“

“… entertaining, but what prevents A Delicate Truth from achieving the dizzying heights of le ­Carré’s best work is his seething contempt for his villains. The author has no interest in giving Kit and Bell’s foes the dimension they initially promised. Instead, they serve as little more than collections of loathsome attributes. As le Carré takes the hammer to them, he leaves the reader in little doubt that he is speaking important truths. It is just a shame he could not have done so a bit more delicately.“

“The connections between political and personal values, the correlations between sexual and state secret-keeping, and the ways in which one form of privacy or mendacity can inform and infect another are great fascinations of Le Carré; and the way that he layers these interests is a great strength of his writing. (In fact, it can seem like something of an obsession: no-one here ever seems far away from confessing some secret yearning or inflammatory pecca­dillo.) He is also rather brilliant at evoking extreme mental and physical states … Weaker, sometimes, are Le Carré’s incidental characters and looming baddies, who can all err into caricature.“

“Le Carré affects, as so often, to be making daring revelations about How Things Really Work. In the clever process, he stretches his thrills with mixed clichés, idiosyncratic phrases (can people “go faint at the knees”?) and witless dialogue whaleboned with “he retorted stiffly” and the like.“

A Delicate Truth by John le Carré The Omnivore 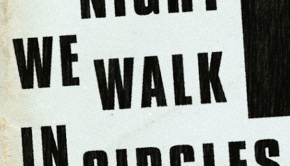 At Night We Walk in Circles by Daniel Alarcón →