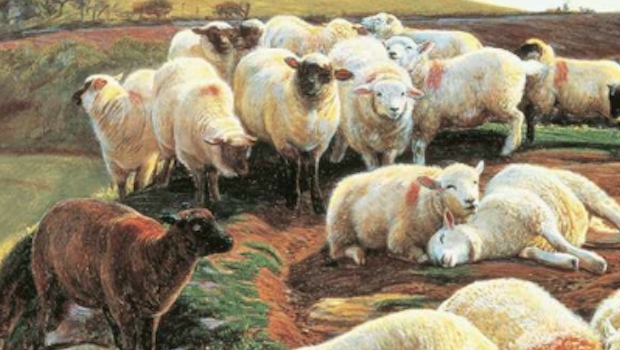 In the Approaches by Nicola Barker

| Press reviews | Buy the book | Have your say | Blurb: In the Summer of 1971, a charismatic family seeks refuge in the quiet, English coastal backwater of Pett Level. Bran Cleary is a controversial Irish muralist; his fractious and promiscuous wife (and muse) ‘Lonely’ Allaway is half Aboriginal; their strange, sickly daughter, Orla Nor, is almost a Saint. Thirteen years later, a shifty individual turns up in Pett Level, apparently determined to get to the bottom of the bizarre and ultimately tragic events which unfolded in the aftermath of that arrival. But does he really want to understand, or is he just way too close to the story to make any clear sense of it? And what of the locals who seem so determined to resist and undermine his investigations? (Fourth Estate, June 2014)

“With her cast of extravagant characters, a refusal to be tied down to anything as parochial as a traditional plot or narrative arc, near-farcical humour and big ideas, Nicola Barker is an author who transforms the mundane into the magisterial.”

“The characterisation is rich and powerful – all this turbulent interiority rendered with great skilland such zoom. At times, the dialogue comes like snatches of air taken between deep dives into the characters’ consciousness. And yet, conversely, all the character voices are in the same key – copious, manic – so that occasionally the tone bleeds between them and the illusion of their distinctiveness disappears. Overall, it feels like there’s a wild chaos at work in the writing: half the time it is irresistibly kinetic and spellbinding; and half the time it is kitschy and teenage – as with the parrot chapters, where it feels like the writer is having such fun on her own that the reader is all but forgotten.”

“This is the most overtly metafictional of Barker’s books to date: one character bemoans the fact that he’s been set up as a stooge by the ‘cow author’ before eventually succumbing to a sneezing fit in which actual words and letters emerge from his nostrils (in this and other zones of the book I detected a thumbing of the nose towards the Creative Writing Police). Several chapters are narrated, not unconvincingly, by a parrot.”

“She is an author whose comic energy is infectious, whose experimental prose is liberally peppered with exclamation marks, brackets within brackets, asterisks and ellipses; her plots are surreally slapstick and her characters grotesque, or at best, crazily eccentric. Here, several chapters are narrated by a parrot. This is, in short, a typical wild offering from her which will either delight or infuriate. ”

“Despite the representation of a warmer world and the homage to beloved humorists such as Chaucer, Jane Austen and Kingsley Amis, In the Approaches is a little like white-water rafting. The writing begins in full flow and maintains its buoyancy to the final word, even after navigating its way through a wildly precarious plot with a cargo of leaky characters. Barker is less interested in her storyline than in practical jokes.”

“The formidable energy of Barker’s writing arises from linguistic innovation combined with subversive subject matter … In her rebellious and uproarious celebration of spiritual over rational qualities, Barker can be seen as a present-day Pre-Raphaelite; her novels notable for their abundant detail, vivid coloration and elaborate symbolism. Throughout all her comedies of bad manners and carnivalesque parades of flamboyant characters, it is the human heart and its capacity for grandeur that most interests Barker.”

“While Barker’s way with dialogue is as sprightly as ever, her handling of the comic scenarios is less adroit. There is also a bagginess about the book, with characters frequently repeating what has just been described by another. While the novel is comprised of entertaining strands, they refuse to cohere properly so that In the Approaches never quite arrives anywhere. What the reader is left with instead is an extended shaggy dog story about faith told as a farce.”

“You could just about call this a plot, but then you’d have to mention the landslides that send sheds and front rooms toppling over cliffs, the parrots pretending to be ringing phones, and the dead fat dog that turns out not to be dead. If this all sounds a bit complicated, that’s because it is. It is made more complicated by the different narrative voices that string the story into some sort of semi-coherent whole. The main ones are Hahn and Huff, who both seem quite keen on words such as “partake” and “hail” and pepper their speech with words such as “ruminates”, “snorts” and “sighs”.”

“What’s with all the repetition and reiteration? Each chapter seems to be a recap on the last, with the new narrator offering a remarkably similar perspective on the situation. As a result, the book is twice the length it should be. Barker emerges as a novelist of the nanny state, full of monotonous chatter, false cheer and educational asides, as she drags you along by the hand, continuously reminding you of things she has already told you. Look, we may not know how to cure our own hiccups (actually I do), but that doesn’t mean we’re stupid.”

“I read it quickly, and I smiled (though never wryly) more than I grimaced, but I’m certain Barker had much more fun writing it. This is her tenth full-length work, and clearly she is wedded to the divisive pungency of her own voice. The consistent lack of compromise is admirable, even if it means no sensible person would want to read any of her novels more than once.”

“In the Approaches isn’t much interested in plot; it’s a challenge to storytelling. In Darkmans, italic interjections constantly question the narrative, but rather than holding things up, they give the story depth. In In the Approaches, speakers trail off, spoonerise and Freudian slip; they lose their way metaphorically and literally (in a rare blast of energy, Huff embarks on a forty-mile walk to confront Orla’s spiritual mentor, Father Hugh, at Douai Abbey – it turns out to be ninety miles away, and by the time he arrives he’s speaking in delirious Spanish). Most of the digressions are distractions; they promise revelation, but (a problem shared with her last novel, The Yips) never deliver.”

In the Approaches by Nicola Barker The Omnivore