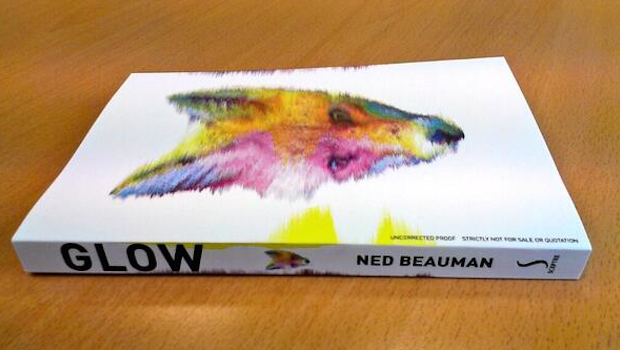 Blurb: A hostage exchange outside a police station in Pakistan. A botched defection in an airport hotel in New Jersey. A test of loyalty at an abandoned resort in the Burmese jungle. A boy and a girl locking eyes at a rave in a South London laundrette . . . (Sceptre, May 2014)

“A good novel needs to immediately lure you in, taking away any excuse to seek entertainment elsewhere. On this point Ned Beauman certainly rises to the occasion”

“Complex themes are introduced, not least tangents into neuroscience and Burmese history, but we are rarely disorientated for long. The twists, when they come, are unexpected and satisfying. Beauman has an ambition to write powerful, enduring fiction; when he strips away some of the excessive flourishes, he is close to succeeding.”

“It is refreshing to read a novel that uses the internet and its concomitant technologies inventively rather than as token gestures to what’s current. Google Maps, YouTube, email, facial recognition software, internet message boards and gaming become vital parts of the novel’s engineering.”

“Beauman is particularly good at comical similes: “The sound system isn’t even that loud but the room’s so small that the treble pushes at the sides like a fat toddler stuffed into a car seat.” Indeed, he’s so good at them that he rather overdoes them. We forget how sparingly comic similes were used by such masters as Raymond Chandler and PG Wodehouse because we quote them so often.  At its best, though, Beauman’s writing is brilliantly funny and memorable.”

“Beauman is as dazzling as ever. His cast of characters includes a Teflon-coated chief executive, a double-crossing undercover spy, a gay self-taught chemist and a slimy, morally challenged corporate PR; while his zingy dialogue and the unpredictable directions in which the narrative ricochets are as lively as anything he has previously written. Yet there is a problem here. The novel is at times too fact-packed, too much of a clever exercise in finding connections between disparate scraps of knowledge.”

“Our hero, Raf, is likeable enough, if under-motivated. The exotic, sexually voracious but commitment-phobic love interest (dream on boys), Cherish, is too much of a banal fantasy to hold much interest for this reader and quite a few of the supporting characters feel schematic and underpowered for what is billed as a literary novel. We know that corporations do terrible things but it’s hard to care unless we give a damn about the people they do them to. And there’s the rub. Glow isn’t a literary novel. It’s a fastpaced, slickly plotted, rather conventional corporate conspiracy thriller with some fancy language and a sprinkling of big ideas, written by an obviously talented and energetic young writer. A fun read. But the work of a budding literary titan? Not so sure.”

“On the evidence of Glow, his third novel, I find Ned Beauman to be both a superb writer and a mediocre novelist. And, of course, the further proof of the former – his great facility with language – is the main reason for the disappointment of the latter.”

“Raf, the anti-hero, is lovelorn and socially disadvantaged. Beauman’s protagonists seem to be versions of one person but it doesn’t matter; he is not interested in character, only in constructing a vehicle for the exploration of his ideas – and why shouldn’t he when the ideas are so ingenious? There are some instances in Glow however, where the general implausibility interferes with our enjoyment”

“Glow turns out to be an infuriating, tightly coiled mess of a novel: a series of intricately plotted, nontessellating incidents that cohere in theory only. Beauman must be commended for tying up his loose ends, but the tangle we have to fight our way through to get there makes it barely seem worth the effort. Everything here feels like a vehicle for cute theories, clever whimsies and half-digested notions. This is particularly vexing because Cherish and Raf are intriguing characters and their relationship is potentially fruitful. But distraction reigns.”

“It is hard, without giving the plot away, to make clear quite how ridiculous subsequent developments are. As well as stretching credulity beyond breaking point, Beauman proves inept at marshalling his material. Loose ends are left dangling, the trail of clues becomes tortuous, and four times he has to stop and give us long-winded background essays to fill in the gaps. (“Maybe I ought to start from the beginning,” begins one particularly unpromising, tension-sapping intervention.) The whole thing feels like a painter-decorator doing a botch job and filling in the cracks as he goes along.”