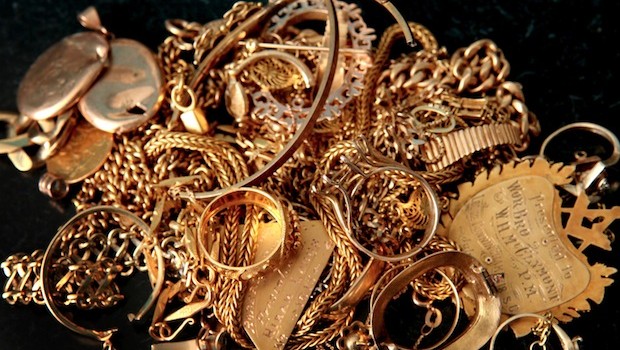 War and Gold: A Five-Hundred-Year History of Empires, Adventures and Debt by Kwasi Kwarteng

Blurb: In the sixteenth century, Spanish conquistadors discovered the New World. The vast quantities of gold and silver would make their country rich, yet the new wealth, which was plunged into multiple wars, would eventually lead to the economic ruin of their empire. Here, historian and politician Kwasi Kwarteng shows that this moment in world history has been echoed many times, from the French Revolution to both World Wars, right up to the present day, when our own financial crisis saw many of our great nations slip into financial trouble. Kwarteng reveals a pattern of war-waging, financial debt and fluctuations between paper money and the gold standard, and creates a compelling study of the powerful relationship that has shaped the world as we know it, that between war and gold.

“[An] entertaining history of “empires, adventures and debt”, which turns the evolution of money over the past 500 years into a rollicking narrative. As a politician himself (a Tory MP since 2010), Kwarteng is interested less in ordinary consumers than in money’s effect on high politics and diplomacy, from the War of the Spanish Succession to the aftermath of 9/11. His underlying aim, he explains, is to set the 2008 financial crisis in a wider historical context, and to show how governments have changed their monetary and fiscal assumptions to deal with different emergencies, from wars to depressions. Although it is based almost entirely on existing scholarship, the result is enormously readable.”

“Kwarteng’s ambitious attempt to make sense of the modern history of money is unlikely to make readers feel secure about the future… If there is light in this dark cloud, it comes from the author himself. Politicians have often been criticised for lacking a long view of history. This exhaustive and convincingly argued history of money comes from an author whose day job is to sit in the House of Commons. Kwarteng might not know how to stabilise a financial system that floats on credit, but he certainly understands the forces and the mistakes that have led to that destabilisation.”

“It is clear where Kwarteng’s real interest lies. In the pre-1945 part of the book, the development can be a bit clunky and sometimes the seams between the evidence and the argument are visible, though this does not mar the pleasure of reading it. But once he reaches the last two hundred pages, he’s off and running. It is unfortunate, however, that he sometimes feels he has to label other writers, even if it has no relevance: he refers to the ‘ left-leaning’ John Campbell, while quoting a perfectly unexceptionable passage from one of Campbell’s biographies. Others, all ‘ left ’ or ‘ left-leaning’, receive the same treatment. Is he trying to underline his Tory credentials? What this does is give the book a whiff of polemic, thereby calling into question its impartiality as a history. This can only diminish its appeal – unless, of course, the reader shares the partiality. Yet in general War and Gold is a meaty, thoughtful and well-written book.”

“This is a complicated story well told, from which financial lessons emerge naturally without Kwarteng finding it necessary to bludgeon the reader with his message. The title leads one to expect a book about the lure of enrichment as a cause of war. It does start that way, with the Conquistadores becoming greedy for the gold and silver they found in the New World.”

“Kwarteng is thorough and insightful, weaving a narrative that transports the reader convincingly through time and place. He points out that victory has just as much financial cost as defeat.”

“As the book draws to a conclusion it points out how untested the current system of government financing is around the world… Flatteringly, the book leaves it to the reader to draw out the potential conclusions from this state of affairs. Perhaps democracies are not capable of the discipline required for “sound money”, nor of saving to pay down debt. This leaves inflation or default as the ways back to equilibrium. Kwarteng quotes admirable economists such as Peter Warburton, who predicted the 2008 crash a few years before it happened. Has he foretold the next catastrophe?”

“Few stones are left unlifted in this study, the sub-title of which gives every clue as to its ambition: “A five-hundred-year history of empires, adventures and debt.” The result is a retelling from a senior, political, financial viewpoint. It’s high table or, to give a more modern description, c-suite stuff.”

War and Gold: A Five-Hundred-Year History of Empires, Adventures and Debt by Kwasi Kwarteng The Omnivore