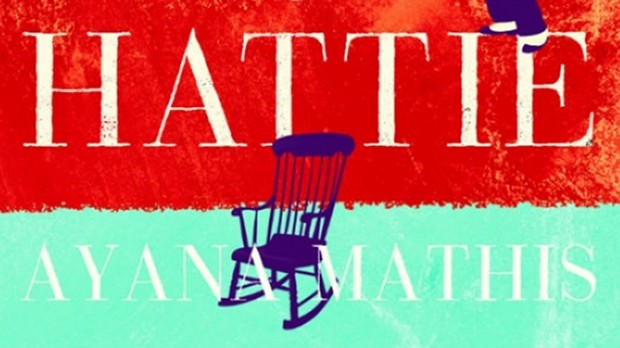 The Twelve Tribes of Hattie by Ayana Mathis

Blurb: When Hattie clambered from a train, her skirt still hemmed with Georgia mud and the dream of Philadelphia sitting round as a marble in her mouth, she couldn’t guess that two years later, aged sixteen, she’d be fighting to keep her baby twins alive. Saddled with a husband who will bring her nothing but disappointment, she raises nine children with grit and monumental courage, but no tenderness. She knows the world will not be kind to them and wants to prepare them as best she can. (Hutchinson, 2013)

“This is an ambitious debut, already praised by Pulitzer and Orange Prize winner Marilynne Robinson and chat show host Oprah Winfrey. It is well-deserved, for this is an epic tale of struggle, oppression, love and loss, told bravely.”

“Mathis allows parts of her story to be told in the spaces between words, and between people. In a frustrating conversation between siblings who cannot connect, in conflicting memories of the same incident, or in an echo of a single word or act, she leaves just enough room between perspectives for the reader to understand another dimension of this family’s life. In chapters that could stand alone as short stories, she sets up small mysteries, with missing elements of one story often appearing quietly, and gratifyingly, in another”

“Ms. Mathis has a gift for imbuing her characters’ stories with an epic dimension that recalls Toni Morrison’s writing, and her sense of time and place and family will remind some of Louise Erdrich, but her elastic voice is thoroughly her own — both lyrical and unsparing, meditative and visceral, and capable of giving the reader nearly complete access to her characters’ minds and hearts.”

“The writing here is lovely, though the book does not follow the documented experiences of those who took part in the Great Migration — women who, unlike Hattie, tended to have far fewer children than their Southern counterparts; men who, unlike the idle men in the novel, actually found work easier to come by … Mathis chooses to tell a different story, one that is perhaps less characteristic but no less compelling, of lost, empty souls at the margins of survival.”

“For a book whose canvas is so ambitiously wide (a dozen ­characters, stretched across 60 years), this novel’s most admirable feature is its quiet ability to highlight big human drama in small moments … Towards the end of the novel, Mathis also suddenly crams in a note of redemption that, until then, she has thankfully resisted. It is only in these few, isolated instances that her debut looks like the neatly resolved, commercial fiction you could mistake it for. ”

“If the characters drift, the novel does not: it eddies around the rock of Hattie, the woman who grounds her family’s story, and who will not be ground down by it. As unremittingly bleak as her characters’ lives are, Mathis has not produced a grim novel: it is as much about our need for joy as it is about our struggles against bitterness. Written with elegance and remarkable poise, The Twelve Tribes of Hattie is rather like its heroine – a bit withholding at times, but memorable and with the hint of something formidable glinting under the surface.”

“Moving from the Twenties to the Eighties, this is an impressive debut: tender, tough and unflinching.”

“… a novel in the form of linked short stories … just as we begin to know and care for a character, he or she is snatched away again, and thereafter only glimpsed – if at all – at a remove. This underscores my biggest dissatisfaction, that Mathis’s theme is driving her characters, rather than the other way around. Each of Hattie’s children represents a “type” – the jazz musician, the testifying preacher, the confused young soldier, the desperately ill child Hattie is able to save, etc. Thus, frustratingly, it feels as though events occur because they’re in the prescribed script for the archetype, not driven by personality.”

“The novel’s scope is epic, but its ambitions sink in a sea of flat prose, including many relentless waves of simple, declarative sentences. Mathis often gives us scenes that are devoid of all but the most generic physical details, with uninspired dialogue and clichéd similes as filler.”

“Strangely, given they grew up in the same cramped house, the siblings barely feature in one another’s tales. And though their interior lives are richly realised Mathis struggles to evoke their surroundings and social context. They seem to exist in a bubble, divorced from everything but their own tragedy. And boy is there a lot of tragedy: alcoholism, racism, infidelity, war, mental illness, suppressed homosexuality, a disfiguring childhood accident, ruinous gambling and near-death from tuberculosis, all within 250 pages. Yet it fails to move.”

The Twelve Tribes of Hattie by Ayana Mathis The Omnivore