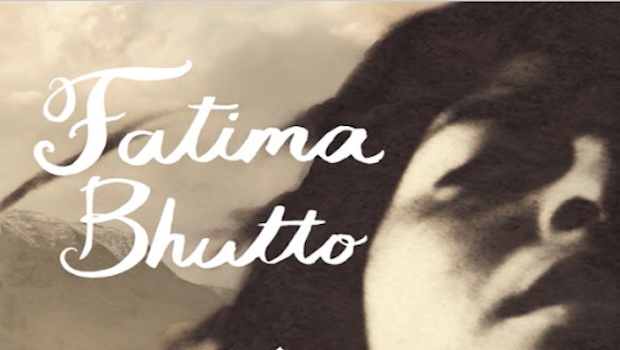 The Shadow of the Crescent Moon by Fatima Bhutto

Blurb: The Shadow of the Crescent Moon begins and ends one rain swept Friday morning in Mir Ali, a small town in Pakistan’s Tribal Areas close to the Afghan border. Three brothers meet for breakfast. Soon after, the eldest, recently returned from America, hails a taxi to the local mosque. The second, a doctor, goes to check in at his hospital. His troubled wife does not join the family that morning. No one knows where Mina goes these days. And the youngest, the idealist, leaves for town on a motorbike. Seated behind him is a beautiful, fragile girl whose life and thoughts are overwhelmed by the war that has enveloped the place of her birth. Three hours later their day will end in devastating circumstances. (Viking, 2013)

“Bhutto is, unsurprisingly, a political writer and the novel is full of sharp asides about the relationship between the Pakistan and American militaries and the way they have divided operations on the Afghan border. She accuses politicians and army alike of betraying their own country. As Samarra says to a general: “You are the ones who have sold everything in this country you defend so urgently. You sold its gold, its oil, its coal, its harbours,” and even, she adds, its airspace. This, though, is not a geopolitical tract but a human story, with love as well as ideology. Bhutto blends the two adroitly”

“As well as a window to Pakistan’s present-day difficulties, and a critique of the devastation wrought by war and fundamentalism, Bhutto’s novel is also an affectionate portrait of her homeland. In the scenes set in markets and bazaars, we glimpse a world so vividly realised that you can almost smell the rich lambs’ hoof curry the community looks forward to eating. The book also offers an under-reported view of ordinary Pakistani women as strong and assertive.”

The Shadow of the Crescent Moon by Fatima Bhutto The Omnivore