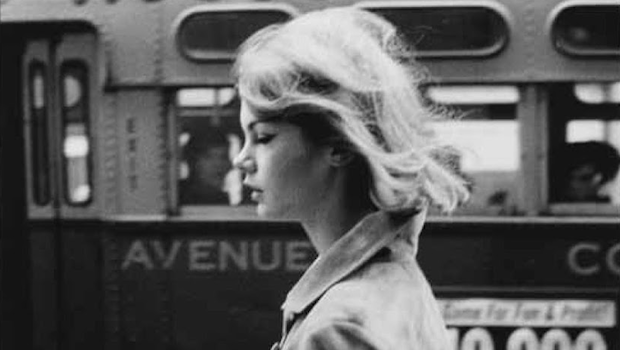 Blurb: Anna is a child of special, unknowable qualities. She is a happy child, always willing to smile at the world around her. But she also presents profound challenges. For her mother Jess, still in her early twenties, living alone in North London and hoping to embark on an adventurous career, her arrival will prove life-transforming. Over the course of decades, in ways large and small, Anna will affect the lives and loves of those around her. While Anna herself will remain largely unaltered by the passing years, she will live through a period of dramatic change, her journey illuminating our shifting attitudes towards motherhood, responsibility and the way we care for one another. (Canongate, 2013)

“”She would be what she would be – a millstone, an everlasting burden, a pure gold baby, a precious cargo”. In Margaret Drabble’s superb new novel, a richly complex narrative voice achieves a choric magnificence hardly equalled in her earlier work. The Pure Gold Baby considers, with saturnalian humour and elegiac sorrow, how far the author’s generation has come, along “that bright curve that led us on to the future. The radiant way.”

“Eleanor is not concerned with telling her own tale; the snippets of information she lets fall push us gently towards the assumption of a fairly settled and uneventful life in which even major developments, such as widowhood, unfold relatively naturally and calmly. We know that it can’t be quite like this; but we have no option other than to focus our gaze according to the direction of Eleanor’s story. This is significant in a narrative that consistently prods at the idea of how we know what it is that we are seeing; how we determine the combined effects of historical context and personal circumstance, and how we can weigh out the minute adjustments we need to make as time flows on, subtly altering both us and the objects of our scrutiny.”

“Jess’s closest friend … tells Jess’s story, and she has set herself a hard task. In the course of caring for Anna, Jess studies many institutions that care for the mentally afflicted, and also thinks deeply about the ways in which mental illness has been understood. Contained in the story, in fact, is a history of ideas about the mentally disturbed and the treatment of them. This is a tough assignment, and Drabble’s brilliance appears here in the easy, natural way in which this major element of the book grows out of Jess’s everyday life, as Jess’s narrator-neighbour portrays it.”

“In using a narrator, Drabble keeps the reader at one remove from Jess and Anna, thereby making it easier to reveal the bigger picture of societal changes over 50 years. Drabble has catholic interests and as well as anthropology she includes thoughts on Africa, Proust, Rodin, Wordsworth, and the missionaries David Livingstone, Mungo Park and Mary Slessor. Through Jess’s search for suitable education for Anna she shows how attitudes to mental disability have changed, while a poet friend’s breakdown provides the basis for a look at psychiatry in the 1960s with R D Laing’s Kingsley Hall experiment in anti-psychiatry looming large.”

“There is no plot as such, any more than there is in most individual lives. It really is about “sticking it out in our everyday way”. What it offers, convincingly, interestingly, and often charmingly, is a picture of a changing world as experienced by a group of intelligent, socially-conscious women – husbands and lovers playing usually subsidiary roles – over the last four or five decades. If there sometimes seems to be a degree of self-satisfaction in the tone, this is natural and, one might add, justified.”

“There’s nothing fancy about this kind of writing. The author is not seeking to create perfectly burnished prose that will show off its topic or to stud her explanations with arch similes and wry humour. But how well Drabble shows the real grain of her subject. The overall effect is dangerous and threatening because what we realise, after reading books such as The Pure Gold Baby, is just how brutalised we’ve been by the easy entertainments of louder, more obvious novels.”

“Sometimes, you stumble across a sentence so exact and lyrical it stops you short. Snow is described as “lace-edged, like frozen dirty clusters of elderflower, stained yellow by dog urine, scuffed by tyres and shoes”. Yet for all the novel’s undoubted strengths, there were moments when I found Eleanor’s narrative voice grating and unstructured.”

Drabble’s last full-length book, a memoir, was subtitled A Personal History with Jigsaws, and in some ways her current novel resembles a jigsaw; its ambitious themes of parenthood, innocence, wounded children, anthropology, literature, madness, ageing, illness and love juxtaposed to form, if not quite a coherent pattern, then something tantalisingly close to it.

“The Pure Gold Baby is an intelligent book about the way we interpret our inner lives. But it is also a book about motherhood and disability, and those aspects are thinly realised. Anna is only lightly sketched, and Eleanor’s first-person narration doesn’t excuse the clichés: we are told three times, for instance, that Anna is the apple of Jess’s eye. In Saul Bellow’s The Adventures of Augie March, George, the narrator’s “idiot” brother, blows on a ridgy chicken gizzard “more to cherish than to cool it”. We could reach out and touch him. The same can not be said, sadly, of Anna.”