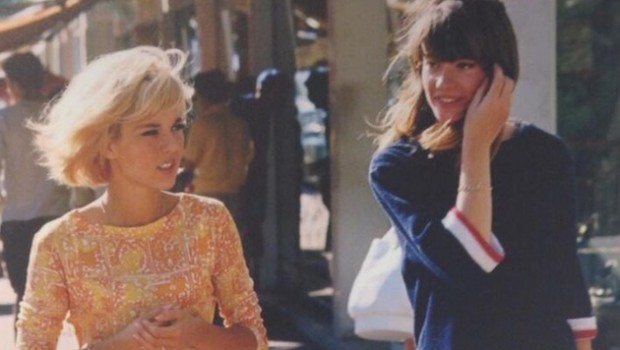 How to Be Both by Ali Smith

Blurb: How to be both is a novel all about art’s versatility. Borrowing from painting’s fresco technique to make an original literary double-take, it’s a fast-moving genre-bending conversation between forms, times, truths and fictions. There’s a renaissance artist of the 1460s. There’s the child of a child of the 1960s. Two tales of love and injustice twist into a singular yarn where time gets timeless, structural gets playful, knowing gets mysterious, fictional gets real – and all life’s givens get given a second chance.

“The pain of mourning and loss is seared into the lives of Smith’s two motherless heroines, but despite the novel’s refusal of consolation and the profound seriousness of the questions it explores, How to be Both brims with palpable joy, not only at language, literature, and art’s transformative power, but at the messy business of being human, of wanting to be more than one kind of person at once … With great subtlety and inventiveness, Smith continues to expand the boundaries of the novel.”

“How to be both shows us that the arrangement of a story, even when it’s the same story, can change our understanding of it and define our emotional attachments. We may have known this, but to see it enacted with such imagination is dazzling indeed. Those writers making doomy predictions about the death of the novel should read Smith’s re-imagined novel/s, and take note of the life it contains.”

“Smith’s writing is smart, witty and arch, both utterly contemporary and vividly historical.”

“Ali Smith is a one-off. Her imagination and originality make her one of the most exciting novelists of her generation and for such a profound book this is a remarkably easy and immensely enjoyable read. Both George and Francesco touch the heart and their thoughts and ideas linger on in the mind long after the final page.”

“As the title indicates, How to be both is concerned with dichotomies of various kinds: endings and beginnings, ‘wholeness’ and ‘brokenness’, male and female. Art provides a liminal space, in which supposed opposites can be held in suspension. Francesco’s paintings and Carol’s favourite music, in different ways, combine the ‘shock of the new and the old both at once’.”

“Personally, I preferred George’s narrative and could have happily read an entire novel which consisted of a more conventional plotting of her story. I admired the Francesco passages rather than feeling engrossed by them and occasionally it felt as if Smith’s ideas were so clever they were in danger of getting in the way of the story. But there is no doubt that Smith is dazzling in her daring.”

“As she delves into the medieval world, savouring its rumbustious textures as well as the intimacies and rigours of the artist’s life, Smith’s writing really catches fire … The author clearly relishes every bit of this half of her novel, and so do we. So much so that it’s hard to shake the sense that this is the book she really wanted to write. If there is a flaw in this rich, strong and moving novel, it may be that its modern first half comes to serve as a cleverly made structure to underpin the second. ”

“There is no questioning Smith’s talent line by line. Where she is less successful is in her capacity to develop — rather than merely to announce — her driving preoccupations … This is a novel of too many ideas — too many intellectual signposts direct the reader towards more signposts.”

How to Be Both by Ali Smith The Omnivore

On Tove Jansson with Ali Smith and Thomas Teal, RSL →