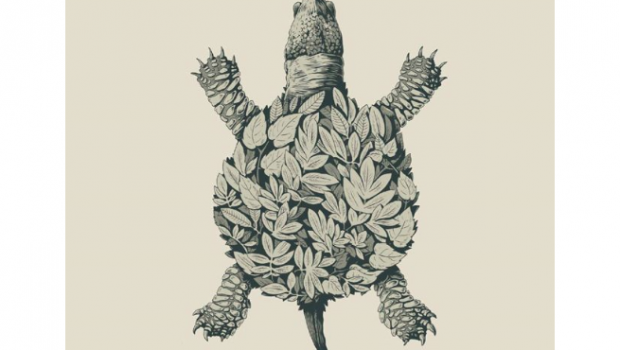 The People in the Trees by Hanya Yanagihara

Blurb: In 1950, a young doctor called Norton Perina signs on with the anthropologist Paul Tallent for an expedition to the remote Micronesian island of Ivu’ivu in search of a rumored lost tribe. They succeed, finding not only that tribe but also a group of forest dwellers they dub “The Dreamers,” who turn out to be fantastically long-lived but progressively more senile. Perina suspects the source of their longevity is a hard-to-find turtle; unable to resist the possibility of eternal life, he kills one and smuggles some meat back to the States. He scientifically proves his thesis, earning worldwide fame and the Nobel Prize, but he soon discovers that its miraculous property comes at a terrible price. As things quickly spiral out of his control, his own demons take hold, with devastating personal consequences. (Atlantic, January 2014)

“Provocative and bleak, The People in the Trees might leave readers conflicted. It is exhaustingly inventive and almost defiant in its refusal to offer redemption or solace — but that is arguably one of its virtues. This is perhaps less a novel to love than to admire for its sheer audacity. As for Yanagihara, she is a writer to marvel at.”

“What elevates this debut is Yanagihara’s audacious marriage of an ambitious, multi-layered structure with an enigmatic, stand-offish narrator … The result is a novel of formidable complexity that refuses to sit up and beg to be loved, or even liked. Yanagihara’s provocative portrayals of Promethean scientific hubris, colonisation and cultural relativism are refracted through Perina’s ego, intellect and slippery motivations. Is he a force for good or evil, a dangerous innocent or a disingenuous sociopath, a genius or a criminal?”

“Perina’s voice – wry, superior, unthinkingly cruel – is one of the key triumphs of the book. Another triumph is the astonishingly thorough invention of Yanagihara’s Micronesian country. The specificity of the world she creates – flora and fauna all described in the necessarily precise language of a scientist – allows for the fantastical revelation of the opa’ivu’eke’s extraordinary properties. And while sexual abuse is a key strandof her story, it is the rape of this physical place – culturally, ecologically, linguistically – that gives Perina’s conscience pause.”

“As a man, Perina is never lifted from the traits he shows as a child: emotionally stunted, misogynist, even borderline sociopathic. As a scientist, he is rarely elevated above a state of paranoid insecurity. His egotism at least provides welcome funny moments: at the peak of his career, his favourite biography is the one that portrays him as “something close to godlike”. His view of children and sexuality tests the limits of cultural relativism but Yanagihara shows skill in suspending any absolute judgments of guilt or innocence. Unfortunately, all this carefully wrought subtlety falls asunder in a final, grim appendix. It is a scene that, if encountered earlier, might prompt many readers to close the book and read no further. And to do so would be to miss out on Yanagihara’s greatest achievement: her painfully believable depiction of one of literature’s least likeable protagonists. ”

“In rewriting Gajdusek’s tale, Yanagihara has constructed a clever, idiosyncratic portrait not only of sexual predation — it is narrated, like Nabokov’s Lolita, by a preening paedophile utterly blind to his own wickedness — but of colonisation and human subjugation.”

“The book is packed with a symphony of complex themes made accessible by the sheer poetry of the author’s prose. Creepiest of all, it is inspired by a true story.”