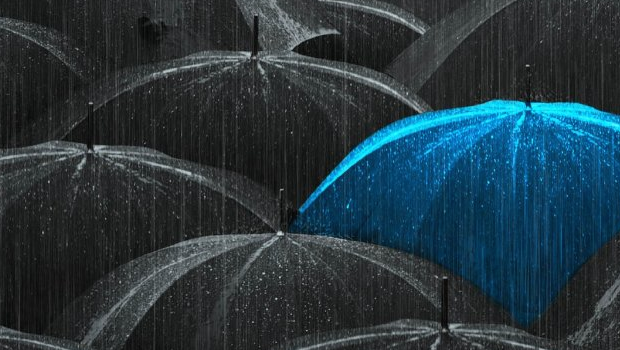 Blurb: A cat-and-mouse suspense thriller featuring a retired homicide detective who’s haunted by the few cases he left open, and by one in particular – the pre-dawn slaughter of eight people among hundreds gathered in line for the opening of a jobs fair when the economy was guttering out. Without warning, a lone driver ploughed through the crowd in a stolen Mercedes. The plot is kicked into gear when Bill Hodges receives a letter in the mail, from a man claiming to be the perpetrator. He taunts Hodges with the notion that he will strike again. Hodges wakes up from his depressed and vacant retirement, hell-bent on preventing that from happening. Brady Hartsfield lives with his alcoholic mother in the house where he was born. And he’s preparing to kill again. Only Hodges, with a couple of misfit friends, can apprehend the killer in this high-stakes race against time. Because Brady’s next mission, if it succeeds, will kill or maim hundreds, even thousands. (Hodder & Stoughton, June 2014)

“I put off as long as I decently could reading the last ten pages because I wanted to prolong the anticipatory excitement of not knowing whether it was going to be a sting in the tail ending (like that hand jutting out of the grave in Carrie) or one of those morally complicated last scenes as in The Dead Zone. Enough to say Mr Mercedes goes out not with one bang, but several — all satisfyingly unexpected.”

“Mr Mercedes, his latest novel, may be just a straight thriller but it is also the best thriller of the year. King’s greatest skill is coming up with conceits that are unerringly interesting.”

“At its heart, Mr Mercedes is a traditional cat-and-mouse story about a psychopathic killer and the renegade cop who makes it his mission to bring him down, with parallel intertwined narratives charting the detective’s rebirth and exploring the killer’s psyche. It is tight, focused and manages to avoid the excessive use of extraneous characters and prose folksiness that are the Big Man’s only occasional faults.”

“On one level, Mr. Mercedes is an expertly crafted example of the classic race-against-the-clock thriller. On another, it is a novel of depth and character enriched throughout by the grace notes King provides in such seemingly effortless profusion. It is a rich, resonant, exceptionally readable accomplishment by a man who can write in whatever genre he chooses.”

“Mr Mercedes is rooted firmly in the small-town realism for which King is frequently celebrated and which is often overlooked in the thriller genre; the stakes are fairly low here and Hodges is an unprepossessing hero, just as Brady is a banal kind of monster. Perhaps the most chilling aspect is how many potential Brady Hartfields there might be lurking across recession-blighted America, blaming society for what they become; this is the real fear that King sows in his readers’ minds. You’ll never feel quite at ease in a public gathering again.”

“Those who might be reluctant to follow King into an unfamiliar genre should not hesitate; all the narrative skill that distinguishes his fantasy work is firmly in place here, while the orchestration of mounting tension shows the author’s usual command.”

“King gets little critical attention. The problem is that he falls between two schools. He’s too popular for serious critics to expend time on, but he’s also too popular to ignore. So what he does — which is really rather interesting — goes largely unremarked. He is a gothic writer, taking our darkest fears and exaggerating them until they almost implode under the pressure of their own horrific absurdity. Nobody can do it quite like Stephen King. But he’s a man of his age — which is a visual one — and his weakness is his single point of view. That’s essential for the camera, but displaces the great strength of the novel: its ability to handle multiple points of view with graceful complexity.”

“At their purest, hard-boiled novels are fatalistic, offering a Manichaean view of humanity. For King, however, dark humor extends beyond the investigator’s standard one-­liners, reflecting a larger worldview. Killers and detectives make mistakes all the time (the wrong victim consumes the poisoned hamburger; the intended target fails to start his own car), and coincidences play a far greater role than fate. Mr. Mercedes is a universe both ruled by a playful, occasionally cruel god and populated by characters all of whom have their reasons. One man can do only so much.”

“King’s richly layered, technologically savvy story that illuminates Mr. Mercedes, his evil deeds and even more monstrous plans is uncomfortable yet riveting to read. Alternating between Hodges’ and Brady’s points of view sets the stage for a creepy, ripped-from-the headlines climax, a showdown between good and evil that characterizes the best of King’s work, regardless of genre.”

“Mr Mercedes, is an entertaining, engaging ride to the midway point. You enjoy the journey and the view but you can’t help feeling disappointed that you are not going all the way to the top. Yet, like King’s best work, it still contains disturbing images that linger, and Brady Hartfield’s quasi-incestuous relationship with his alcoholic mother and the dark family secret that binds the two together is one few readers will forget.”

“While the pace picks up two-thirds of the way through the book it’s a bit limp — and certainly not enough to make you gasp.”

“Whatever mystery and velocity this game of cat-and-mouse generates is hampered by King’s exhaustive establishment of his fictional world. This basically means endless brand names, overlong explanations of everything from reality television to modern car-locks, character studies that add unearned poignancy (the sudden mention of Holly Gibney’s teenage struggles) and conversational longueurs that Karl Ove Knausgaard would dismiss as tedious. The real drawback, however, is King’s prose.”