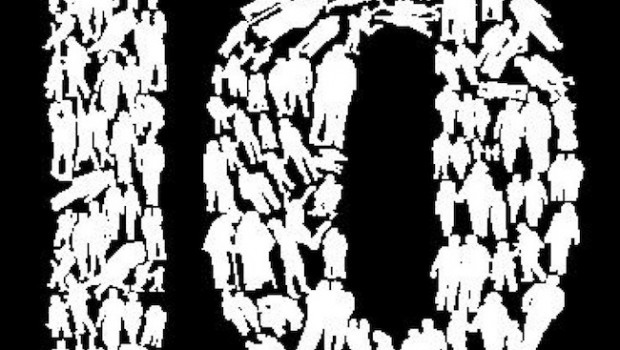 Blurb: Before May 2011 the top demographics experts of the United Nations had suggested that world population would peak at 9.1 billion in 2100, and then fall to 8.5 billion people by 2150. In contrast, the 2011 revision suggested that 9.1 billion would be achieved much earlier, maybe by 2050 or before, and by 2100 there would be 10.1 billion of us. What’s more, they implied that global human population might still be slightly rising in our total numbers a century from now. So what shall we do? Are there too many people on the planet? Is this the end of life as we know it?

Distinguished geographer Professor Danny Dorling thinks we should not worry so much and that, whatever impending doom may be around the corner, we will deal with it when it comes. In a series of fascinating chapters he charts the rise of the human race from its origins to its end-point of population 10 billion. Thus he shows that while it took until about 1988 to reach 5 billion we reached 6 billion by 2000, 7 billion eleven years later and will reach 8 billion by 2025. By recording how we got here, Dorling is able to show us the key issues that we face in the coming decades: how we will deal with scarcity of resources; how our cities will grow and become more female; why the change that we should really prepare for is the population decline that will occur after 10 billion.Population 10 Billion is a major work by one of the world’s leading geographers and will change the way you think about the future. Packed full of counter-intuitive ideas and observations, this book is a tool kit to prepare for the future and to help us ask the right questions. (Constable)

“Dorling evidently feels the need for a label and describes himself as a “practical possibilist” in the mould of Hans Rosling, the Swedish professor of international health and development. “Looked at in a certain way, told with a certain kind of story in mind, it is possible to paint a picture that has a rosier, less optimistically combative and less pessimistically catastrophic ending than many presume,” he writes … But both “10 Billion” books, in their very different ways, make a valuable contribution to rekindling a discussion on global population”

“Dorling punctures many myths, including the relationship between crime and population size. He provides interesting insights into the effect of population on social mobility, the wealth gap and global warming … His analysis of the past convinces me more than his insights on the future. The author suggests that the world may have gone past its peak in energy consumption. That might be the case in the declining west, but surely not for Asia’s booming economies.”

“Intensely ideological … In a book that recurs regularly to famines caused by western imperialism, there is no discussion of the politically engineered famine that cost millions of lives in the Ukraine in the early 1930s. Even more remarkably, Dorling manages to avoid the famine China suffered as a result of Mao’s Great Leap Forward in 1958‑62 … Dorling invokes Marx on several occasions, always with respectful admiration. But Marx knew the human world is an arena of struggle and history more than a collection of reassuring anecdotes. Faced with Dorling’s sermonising, he would have reacted with a guffaw of contempt.” 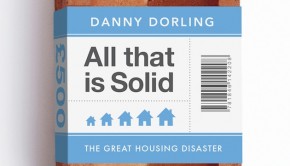 All That Is Solid: The Great Housing Disaster by Danny Dorling →