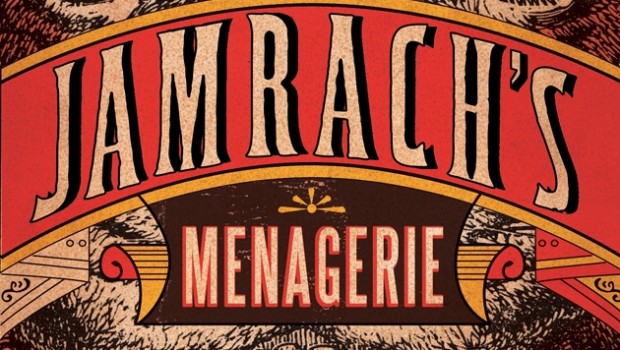 Blurb: ‘I was born twice. First in wooden room that jutted out over the black water of the Thames, and then again eight years later in the Highway, when the tiger took me in his mouth and everything truly began.’ 1857. Jaffy Brown is running along a street in London’s East End when he comes face to face with an escaped circus animal. Plucked from the jaws of death by Mr Jamrach – explorer, entrepreneur and collector of the world’s strangest creatures – the two strike up a friendship. Before he knows it, Jaffy finds himself on board a ship bound for the Dutch East Indies, on an unusual commission for Mr Jamrach. His journey – if he survives it – will push faith, love and friendship to their utmost limits. (Canongate)

“Jamrach’s Menagerie is itself a teeming exhibition of the beautiful and the bizarre, and its serious ideas about the relationship between mankind and the natural world are communicated with such delicacy of touch that they never slow down the propulsive telling of the story or dim the brilliance of the prose.”

“Recently, on Radio 4′s Open Book, AS Byatt turned to Carol Birch and enthused, “This is one of the best stories I’ve ever read.” The novel she so admired was Birch’s latest, Jamrach’s Menagerie, a stirring Victorian-era tale so exquisitely written that your eye will yearn to linger over each sumptuous sentence even as your fingers scramble at the paper’s edge to reveal what happens next … a remarkable achievement, full of poetry and poignancy, adrenalin and anguish. ”

“[The] young band’s triangular friendship is one of the novel’s most beautifully written strands; there’s a touching sweetness to it that recalls Dickens at his indulgent sappiest. But the feints toward sentimentality are checked by the characters’ foul mouths and seedy side jobs … Probably the most interesting element of this novel is not its horrors, but its colorful milieu, the late-19th-century interest in naturalism.”

“Carol Birch’s storytelling excels as soon as she’s at sea. Both the whaling hunts and the capture of a (presumably) komodo dragon are set pieces as compelling as they’re convincing.”

“… beyond the blood, brine and slime that swills down the Ratcliffe Highway, above the stench of the rotting fruit and vegetables and the excrement of a thousand animals, lies a rather subtler story of the hazy line between camaraderie and rivalry and of the bonds both forged and broken in extreme adversity… a captivating yarn of high seas and even higher drama.”

“I wasn’t entirely won over by the finale … But these are quibbles. Seen in the round, Jamrach’s Menagerie is a terrific example of the virtues of finding a style and sticking to it: as good as anything Peter Carey has done in this line and, in certain exalted moments, even better. ”

“It’s gripping, superbly written and a delight to those who find real Victorian novels too dull.”

“This is not a novel of ideas. Beyond an uninsistent comparison between the lives of Victorians and giant monitor lizards, it does not contain any obvious thesis. Instead, Jamrach’s Menagerie puts its characters through the mangler and invites us to inspect the damage – and perhaps to consider that ultimately such experiences are about nothing but the acquisition of scars. The novel is a vehicle for the delivery of somatic shocks to the reader’s brain. It might be the classiest penny dreadful in the history of literature, but this is not to denigrate Birch’s work.”

“… a rich and strange tale … Although some of the vitality is missing from the ending, that is hardly a significant complaint. Birch’s novel contains an understanding of humanity and the world, which, in its madness and superabundance, seems somehow entirely clear and sane.”