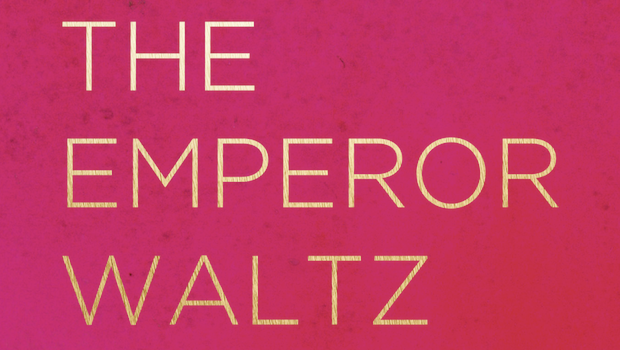 The Emperor Waltz by Philip Hensher

Blurb: An astonishing novel, The Emperor Waltz draws together various narrative strands into a compelling symphonic whole. In a third-century desert settlement on the fringes of the Roman Empire, a new wife becomes fascinated by a cult that is persecuted by the Emperor Diocletian. In 1922, Christian, a young artist, travels to Weimar to begin his studies at the Bauhaus, where the avant-garde confronts conservative elements around it. With postwar Germany in turmoil, while the Bauhaus attempts to explore radical ways of thinking and living, Christian finds that love will change him for ever. And in 1970s London Duncan uses his inheritance to establish the country’s first gay bookshop in the face of opposition from the neighbours and victimisation by the police. (Fourth Estate, July 2014)

“Of course, the novel-as-echo-chamber isn’t a new invention; a successful recent example being David Mitchell’s Cloud Atlas. While The Emperor Waltz may take in fewer cultures and periods of history, it offers an equally epic take on the human experience by illuminating the lives of countless minor characters. Again, each reader is bound to have his or her favourites – among mine are the kids getting drunk and sniffing poppers while their parents chat downstairs at a London dinner party. But each member of the supporting cast has a distinct voice, that is almost instantly established and with each of which I feel I could happily linger for much longer.”

“My heart went out to whichever harassed employee of Fourth Estate came up with ‘a magnificent story of eccentricity, its struggle, its triumph, its influence’. It is not that this description isn’t broadly accurate – in the same way that Tono-Bungay is a novel about patent medicines or A Question of Upbringing a book about going to Eton – merely that no twenty-word summary can quite do justice to the spectacle of Hensher in full, uninhibited flight: preening himself, indulging himself, patting himself on the back, meandering all over the place and yet, against very considerable odds, managing to emerge with the punter whole-heartedly on his side.”

“Eccentric in construction, audacious in conception, a novel like this really shouldn’t work; yet, triumphantly, it does. Perhaps in the name of literary “truth”, Hensher intrudes humdrum details from his own life into the narrative. One chapter unfolds entirely in St Thomas’ Hospital, Lambeth, where it seems Hensher had gone for a foot operation. Most of the A&E patients are either “asleep or comatose” from alcohol; Hensher finds distraction from their snores and yelps in an iPad recording he has in his bag of… Johann Strauss. The re-creation of such autobiographical scenes might verge on the narcissistic: do we need to know all this? Yet the author’s exuberant humour and affection for language resonate throughout.”

“If The Emperor Waltz suffers from weaknesses other than the weaknesses of its strengths – too much fluency, too many full-bodied characters, a surfeit of clever perceptions – then they arise from its composite form. Some of the connections feel forced, and some of the ironies clunky. There is too much emphasis on the narratives’ shared component – the idea of the political as personal, with shifts in the consensus occurring in one mind at a time. The novel teeters on the brink of homily and once or twice steps over. Otherwise, this is a performance of extraordinary flair and majesty from a writer who seems capable of anything.”

“At the level of the sentence, his writing is as wonderful as ever. Stethoscopes are “avant-garde necklaces of rubber and steel”; people collapse their umbrellas “like black herons opening their wings and shutting them after a fishing plunge”. Hensher does this kind of thing effortlessly. But the larger structure left me unsatisfied. The organising principle, loose as it is, depends on leitmotif, but Strauss’s “Kaiser-Walzer”, which echoes through the book, doesn’t do quite enough to tie it all together.”

“The Emperor Waltz is a beautiful book, both profound and funny. It is a powerful invocation to live a life of joy, surrounded by true friends. But it causes sadness, too – its spirit of fraternity does not extend the hand of friendship to women. They flit through the pages as “fat dykes” and humourless “breeders”. They are just dreary martyrs at this gay feast, and cast a mean shadow on a generous book.”

“A mark of Hensher’s success is that you may not care about any pattern pulsing beneath the surface. There is enough local drama in the novel’s continual reversals – notably the horrifying climax to the part about the lead-up to Duncan’s opening night, as he discovers what’s been happening to his regular order at a neighbouring greasy spoon. Here, as elsewhere, chewy characterisation complicates judgment (an odd exception is the sour caricature of a theory-spouting gay activist who eventually does away with himself). In the German sections, antisemitism is not the preserve of unsympathetic characters; Hensher’s cast lives in the moment, without hindsight, where the moral stakes are highest.”

“It is beautiful because Hensher has an incredible eye for the things that make moments special, be they the foibles and idioms of leather-clad boys in Islington boarding houses or the strangely surreal emergence of street violence and starvation in interwar Germany. He might have the iconoclastic temperament of a Kandinsky, but he is an old master when he glimpses the cat asleep under the table or the curve of a woman’s neck, which give each scene a special life.”

“The novel has its oddities, however. A section entitled ‘Last Month’ is in the first person and appears to be at least partly autobiographical. The narrator is a diabetic novelist who finds himself in hospital with an infected foot. From his bed he observes the other patients, who are mewling and baying at the nurses, and for a few pages everything twists into a kind of despairing essay on friendship. ‘Was this all that human relations were?’, the narrator wonders. ‘To spread ideas that would benefit ourselves, to create a community in order to achieve what we wanted?’ The rest of the novel expands on that question, but this hospital interlude is a misstep, albeit an intriguing one. Taken as a whole, though, The Emperor Waltz is rich and captivating, dizzy with memorable characters.”

The Emperor Waltz by Philip Hensher The Omnivore