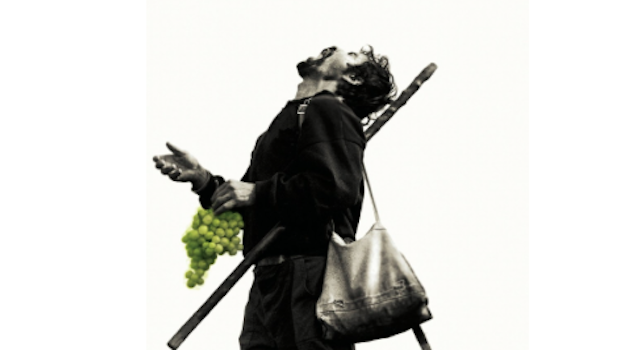 Blurb: Set in North Africa and Sicily at the end of the last war, In the Wolf’s Mouth follows the Allies’ botched ‘liberation’ attempts as they chase the Germans north towards the Italian mainland. it focusses on the campaigns of two young soldiers – Will Walker, an English Field Security Officer, ambitious to master and shape events, and Ray Marfione, a wide-eyed Italian-American infantryman. (Jonathan Cape, February 2014)

“Foulds’ acknowledged narrative mastery as a novelist and as a poet (the list of his awards fills the whole of the back cover) is often apparent in this book: in the ambiguous dialogues between strangers revealing unspoken intimacies, in the delicately clipped snippets of everyday life recalled in the confusion of the war, in the lyrical broken-up sentences that mirror the physical and mental shattering of the ongoing slaughter.”

“ The bleakness of Foulds’s message … is not reflected in the richness of the prose or characterisation of this deep, dark, demanding tale.”

“With an unfalteringly steady hand, Foulds slowly weaves together the strands of his separate narratives, yet he resists the temptation to tie up the ends too neatly. The final chapters have the pace and tension of a political thriller. However, we are left with a sense not of satisfying closure but of the wanton arbitrariness that governs a man’s fortune and fate.”

“What makes In the Wolf’s Mouth satisfying is that despite both the macro themes here – the Second World War and the Mafia – being backdrops so well-worn as to be threadbare, the way in which they’re combined through these different strands works to remind you that society is as society is. No matter how much disruption is caused by war, immigration and crime, countries enmeshed by battle will begin to go on as they went before. Whether Palermo, New York or Algiers. Here, Foulds, a Costa award-winning poet, matches his flair for rhythm with a skilful ownership of both his prose and a complex narrative. All delivered with a minimalist restraint.”

“There is perhaps too much material funnelled into this novel: the shifting relationship between peasants, Mafia, fascists and aristocracy in Sicily would make a book in itself. Juggling three different narratives is not easy and the transitions don’t always work. But Foulds is a master of concision and clarity, and his prose is “poetic” in the best sense: never florid or rambling, each short sentence weighed and parcelled out.”

“If the novel is less than a complete success, it is because Ray’s story lacks the interest and authority of Will’s, and serves, it seems , to do little more than emphasise, at excessive length, his unpreparedness for the experience of war and his naivety. As a character he never quite comes to persuasive life. It is often difficult for a novelist to marry the stories of principal characters whose experiences are different and who do not come together, and one can’t avoid the thought that this would have been a better novel if Ray had been cut out altogether.”

“To cap it all he’s as adept at writing about sex as he is about being shot at. There’s a description of Ray losing his virginity to a Sicilian prostitute that manages to be erotic, chilling and touching all at the same time. That, though, is where the good news runs out. Poets who write novels often fall into the trap of investing all their characters with quiveringly sensitive antennae. Here everyone — even the Mafia boss — boasts a pair, something that not only strains credibility but gives them all a pretty samey feel. And while Foulds can certainly come up with a startling image, at times his prose takes on an alarmingly purplish hue.”

“The novel begins magnificently, with two brief chapters evoking the youthful worlds of Angilu and Will. These early pages, full of psychological depth and intense evocation, show Foulds at his best … Then, suddenly and unaccountably, the novel falls off a cliff. After the richness of those first pages, Foulds turns to Ray — and struggles to bring any conviction to him whatsoever. As the narrative follows him and then Will for chapter after chapter through North Africa, the balance of the book is upset and the intensity leaches from the pages. The novel never fully recovers its poise.”

“Pitted against the great novels of the conflict, this book does not fare well either. Its riff on social class in a conscript British Army (‘there was a look for the officer class and Will didn’t have it’) is simplistic compared with Evelyn Waugh’s Sword of Honour and Anthony Powell’s A Dance to the Music of Time. American characters bring further difficulties. Ray Marfione is from New York. His Italian-American vernacular (‘You’re a little wop virgin Marfione. That’s Italian virgin to you’) fares poorly beside, for instance, Don DeLillo’s version of the same in Underworld.”

“Lacking a central plot or main character the book is too diffuse; there’s no real narrative drive, although individual scenes are often gripping, shocking or moving. Somehow it feels as if another draft might have made it a whole lot better.”

In the Wolf’s Mouth by Adam Foulds The Omnivore