In an industry which favours established names and where new writers struggle to get their voices heard, these young novelists

Adam Foulds on In The Wolf’s Mouth, LRB

Adam Foulds’s latest novel, In The Wolf’s Mouth (Jonathan Cape), expands on the themes of violence, conflict and the distortions 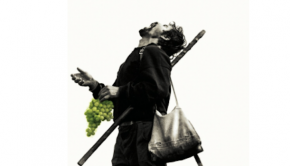 | Press reviews | Buy the book | Have your say | Blurb: Set in North Africa and Sicily at

Is it possible that translation could be an optimistic art? In an effort to experiment with this possibility, the novelist