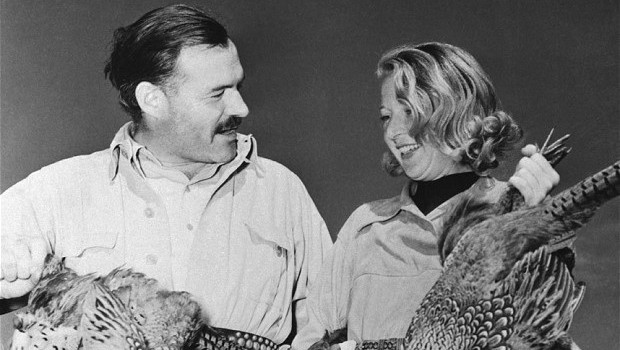 Blurb: Amid the rubble of a city blasted by a civil war that many fear will cross borders and engulf Europe, the Hotel Florida on Madrid’s chic Gran Via has become a haven for foreign journalists and writers. It is here that six people meet and find their lives changed forever. Ernest Hemingway, his career stalled, his marriage sour, hopes that this war will give him fresh material and a new romance; Martha Gellhorn, an ambitious young journalist hungry for love and experience, thinks she will find both with Hemingway in Spain. Robert Capa and Gerda Taro, idealistic and ground-breaking young photographers based in Paris, want to capture history in the making and are inventing moder photojournalism in the process. And Arturo Barea, chief of the Republican government’s foreign press office, and Ilsa Kulcsar, his Austrian deputy, are struggling to balance truth-telling with their loyalty to their sometimes-compromised cause – a struggle that places both of their lives at risk. Hotel Florida traces the tangled wartime destinies of these three couples – and a host of supporting characters from Antoine de Saint-Exupery to John Dos Passos – living as intensely as they had ever done, against the backdrop of a critical moment in history. Amanda Vaill has mined the raw material of unpublished letters, diaries, and reels of film – including Martha Gellhorn’s personal papers and Capa and Taro’s recently rediscovered ‘Mexican Suitcase’ negatives. The result is a narrative of love and reinvention that is, finally, a story about truth, finding it, telling it – and living it, whatever the cost.

“One of the great pleasures of Amanda Vaill’s book is the skill with which she balances her material. The result is as dramatic as it is insightful and as shocking as it is funny. She also has an unusually keen eye for the ironies of life.”

“Hotel Florida is a rather unhelpful title for a book about the Spanish Civil War, especially as the hotel in question, which stood on Madrid’s Gran Via until 1964, hardly features in the narrative. It’s a good book, though, written with verve and passion, and full of drama, pathos and gossip… Vaill has marshalled an impressive array of sources. She copes skilfully with a fascinating cast and gives a lucid account of a horribly confusing war. I had not realised, for example, that Stalin supported the republic only to rob it of its gold reserves, and having done so delivered it up to Franco.”

“This book does a valiant job of pulling together so many disparate stories into a fascinating contemporaneous narrative, of why people believed things when they did. Inevitably Hemingway has all the best lines and he and Gellhorn do rather take up the oxygen. The Hotel Florida is something of a red herring — the book should be called Six Characters in Search of a Scoop. But Vaill does a good job of showing how this mixture of ambition and conviction drives her characters onwards.”

Michael Eaude, The Independent on Sunday

“Academic historians may sniff at her writing novelistic scenes and will quibble with interpretations, for this book is popularised history. But popularisation is no bad thing: her approach makes the oft-told story vivid. And there is no dumbing-down: her depth of scholarship and organisation of material are impressive.”

“Vaill’s style throughout is unusually intimate. She glides into characters’ heads and keeps up the pace with smart asides. This can make it wonderfully exciting but the intimacy can grate; British readers may find it too breathless and occasionally too anachronistic. Gellhorn is a “smart, sassy, good-looking ‘It’ girl” who writes “chick-lit”. “Imagine how thrilled she was to just walk into a bar in Key West and stumble over him this way,” Vaill writes (or perhaps “flutes”, as she has Eleanor Roosevelt doing at one stage). With Barea, the writing is more grave. Vaill’s decision to include him is a brilliant one. Usually, accounts of the civil war focus either on the Spaniards or the international visitors. By placing Barea alongside the Americans, Vaill reminds us of how much more was at stake for the Spaniards.”

“One of the pleasures of her book is the amount of detail she has woven into the two and half years of her story, as she flits between Madrid and Barcelona, Paris and Key West, Moscow and Valencia.”

“A real delight of her book is the way she evokes the colours and smells both of starving, besieged Madrid and the well-fed opulence of Valencia on the distant Mediterranean coast. Best of all are her characterisations… Vaill is excellent throughout on her six protagonists, but elsewhere is undone by a lack of specialist knowledge. There is an underlying cold war tone about the book that echoes the oft-repeated myth that the Spanish Republic was the puppet of Moscow.”

“Vaill calls Hotel Florida a “reconstruction,” based on letters, diaries, biographies and filmed evidence that paint an electric collective portrait. Instead of offering critical analysis, she relies on exquisitely researched anecdotes to tell the story, and she revels in the poignancy of strobe-lit details: a gunner’s nest made from stacked textbooks; a hasty barricade built with suitcases from the left-luggage office; refugees encamped, goats and all, in the gilded salons of Madrid’s palacios; the pink parcel left in the street when its owner is killed, her body carted away. Vaill’s writing is light-footed, immediate and intimate. And her love-hate take on Hemingway — who came in late from Key West via Paris, all stocked up on tinned hams and waiting for the 28-year-old plucky blond reporter Martha Gellhorn to arrive — makes for wonderful reading.”

“Because Vaill is so scrupulously loyal to her sources, she tells instead of shows. The protagonists remain rather wooden as a consequence, with the possible exception of Hemingway, who breaks through by sheer force of personality. Furthermore, by adhering to other people’s accounts, Hotel Florida sacrifices a voice of its own: for all its great energy and anecdote, it often reads like a summary of something else.”

Hotel Florida: Truth, Love and Death in the Spanish Civil War by Amanda Vaill The Omnivore