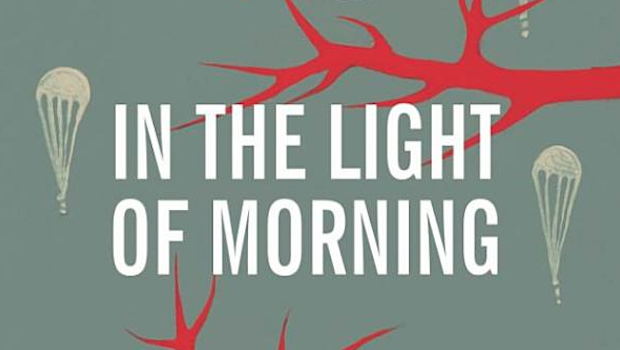 In The Light of Morning by Tim Pears

Blurb: It is May 1944 and in Eastern Europe the Second World War is reaching a dramatic and bloody crescendo. High above the mountains of occupied Slovenia an aeroplane drops three British parachutists – brash MP Major Jack Farwell, radio operator Sid Dixon, and young academic Lieutenant Tom Freedman – sent to assist the resistance in their battle against the Axis forces.

Greeted upon arrival by a rag-tag group of Partisans, the men are led off into the countryside. It is early summer, and the mountains and forests teem with life and colour. Despite the distant crackle of gunfire, the war feels a long way off for Tom. The Partisans, too, are not what he was expecting – courageous, kind, and alluring, especially Jovan, their commander, and the hauntingly beautiful Marija. Yet after a series of daring encounters, the enemy’s net begins to tighten. They find evidence of massacres, of a dark and terrible band of men pursuing them through the wilderness. As the Partisans stumble their way towards a final, tragic battle, so the relationships within the group begin to fray, with Tom finding himself forced to face up to his deepest, most secret desires. (William Heinemann, February 2014)

“Pears writes with a deceptive quietness; carefully wrought moments and images – of the soldiers and landscape – slowly gather power, illuminating the experience war.”

“In the Light of Morning can seem, like its protagonist, too quiet. Despite military flashpoints and grim atrocities, little is unexpected. Yet Pears’s forte is the patient accretion of detail, from stars reflected in muddy puddles to the shock of wild strawberries on the palates of starving soldiers. There are rich counterpoints between the landscape of Britain and the foreign land in whose history it intervenes (Tom leans on a Slovenian beech bough ”as if at the bar of an English pub”). While much of war may be boredom, this novel is most compelling about camaraderie and endurance.”

“It is not until the long central chapter, taking up more than a third of the book’s length, that the story really picks up … The trouble is that the love triangle never really sparks and Pears’s narrative method — daily diaries — makes even a relatively short book drag on a bit too long … Pears is too experienced not to do what he does well: the characters are beautifully and economically drawn, and he is excellent on the sights and especially the smells of the landscape — the beauty even of a war-torn land.”

“Tim Pears tackles the horrors and ambiguity of war with his usual deft observance, in this depiction of a largely forgotten World War II sideshow in  Eastern Europe.”

In The Light of Morning by Tim Pears The Omnivore 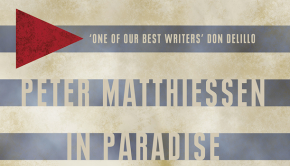 In Paradise by Peter Matthiessen →