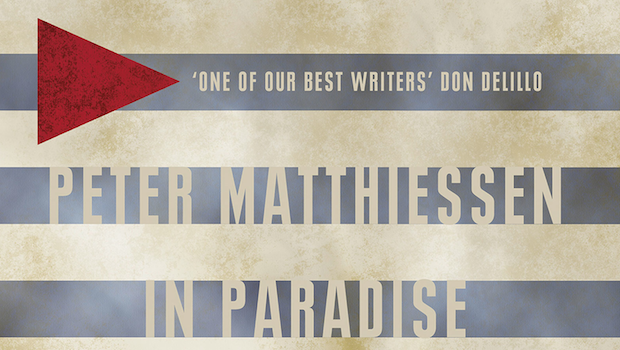 In Paradise by Peter Matthiessen

Blurb: In Paradise tells the story of a group of men and women who come together for a weeklong meditation retreat at the site of a World War II concentration camp, and the grief, rage and upsetting revelations that surface during their time together. Even as it probes the suffering, conflicts, and longings of these diverse characters, In Paradise raises provocative and unanswerable metaphysical questions: what responsibility comes with bearing witness to such cruelty and tragedy; and what insights into the nature of good and evil may be lost in the next decade or two, as the last survivors of and witnesses to the death camps pass away. (Oneworld Publications, May 2014)

“In this short book, Matthiessen’s juggling of Clements’ story with the stories of the others is skilful, and his exploration of their outbursts of feeling affecting and powerful. Truly, such horror cannot be processed, he seems to be saying, and yet it must be. Contradiction is his subject, and In Paradise gets at the heart of the defining tragic enigma of the 20th century.”

“In Paradise is not a novel that yields itself to the reader easily – the prose is often angular and aggressive. There are chilling moments such as when Olin walks across a meadow near Auschwitz-Birkenau believed to have been the site of a mass grave. “Is it only his imagination that under these heavy grasses glazed with ice the ground is soft, unstable, that it quakes in a sickening way beneath his boots like a great grass jelly?” Ultimately Matthiessen’s novel embraces humanity’s endless capacity to heal and reinvent itself.”

“ In Paradise is powerfully lyrical and atmospheric, though perhaps inevitably the Arendtian questions at its heart remain, in the end, imperfectly answered.”

“Matthiessen was a brilliant travel writer — his most fêted book, The Snow Leopard, concerns a trek across the Himalayas — and some of the best passages here are beautifully observed evocations of the place: “On the wall of a brick building opposite the mound, a wire mesh enclosing seed and suet is visited by blue tits. Who is it, Olin wonders, who sets out winter food for little birds in such a place?” Yet reading it made me queasy. Is a “thought-provoking travelogue” about Auschwitz so different from treating it as a tourist attraction?”

“Problematic is Olin’s attraction to a strident young nun who’s also attending the death-camp retreat. At first, when Olin has a clear sense of the ridiculousness of his desire, this subplot adds a degree of emotional variety to the novel’s grim tone, and it rounds out our understanding of a lonely man, bumbling around with his errant affections. But as the conclusion nears, the novel’s focus splinters. We’re drawn cursorily into administrative battles within the Catholic Church. Weirder, Olin’s impossible tryst with the nun hijacks the novel, and Matthiessen himself seems seduced by the romantic possibilities. His prose grows flush with loveliness and pathos that feel incongruous given the context and theme of the story.”

“In the wake of a failed early marriage, he has drifted into “passive liaisons” with one unsuitable woman after another; here, among the ashes, he finds himself attracted to an insubordinate young nun, in an ungainly plot development that seems less transgressive than inert. Even his discovery of some murky family secrets — his lineage of landowning Polish Lutheran aristocrats, originally named Olinski, may not be as impeccable as he’s been encouraged to believe — plays out with a weariness that rebuffs the reader’s sympathies.”

In Paradise by Peter Matthiessen The Omnivore 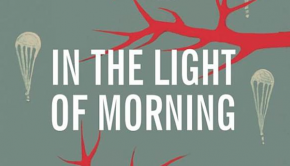 In The Light of Morning by Tim Pears →