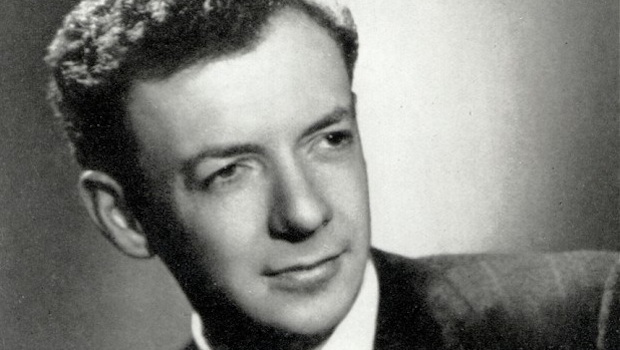 Benjamin Britten: A Life in the Twentieth Century by Paul Kildea

Blurb: In the eyes of many, Benjamin Britten was our finest composer since Purcell (a figure who often inspired him) three hundred years earlier. He broke decisively with the romantic, nationalist school of figures such as Parry, Elgar and Vaughan Williams and recreated English music in a fresh, modern, European form. With Peter Grimes (1945), Billy Budd (1951) and The Turn of the Screw (1954), he arguably composed the last operas – from any composer in any country – which have entered both the popular consciousness and the musical canon. He did all this while carrying two disadvantages to worldly success – his passionately held pacifism, which made him suspect to the authorities during and immediately after the Second World War – and his homosexuality, specifically his forty-year relationship with Peter Pears, for whom many of his greatest operatic roles and vocal works were created. The atmosphere and personalities of Aldeburgh in his native Suffolk also form another wonderful dimension to the book. Kildea shows clearly how Britten made this creative community, notably with the foundation of the Aldeburgh Festival and the building of Snape Maltings, but also how costly the determination that this required was. Above all, this book helps us understand the relationship of Britten’s music to his life, and takes us as far into his creative process as we are ever likely to go.

“Most readers will find something to argue with in Kildea’s reckoning… But any such reservations about specific judgments are only to be expected: Kildea is nobody’s patsy, towing an accepted line or bowing infatuated before an idol. His bracingly opinionated and beautifully articulated book brings all Britten’s complexities vividly to life.”

“Indispensable on may counts … I’m not sure Kildea spells out as clearly as [David] Matthews or John Bridcut the nature of the composer’s chaste obsession with pre-pubescent boys … Nevertheless, this is a masterly, highly readable account and the most comprehensive to date of the life and work of one of the 20th century’s great musical figures.”

“… his book – a seamless interweaving of life and works, the one always illuminating the other – must now rank as the standard work of reference.”

“What a pity if Paul Kildea’s enthralling centenary biography of the greatest British composer born in the 20th century is tarnished by one sensational speculation … Yet the rest of his massive 660-page tome is not only fascinating but convincing too. His chief achievement is to show how Britten’s life was interwoven with so many fundamental social and political developments.”

“[Reviewed alongside Benjamin Britten: A Life for Music by Neil Powell] Kildea is a conductor, and his book is much longer and involves far more (and better) close musical analysis. It feels definitive. Neil Powell is a poet, and it shows; the writing is more fluent, the tone more intimate and psychologically adept. Those who are musically informed should go for the former; aspirants should go for the latter as an introduction. Both do an exceptional job of bringing this strange, neurotic and evasive man to life.””

“[A] wise, cautious, challenging book … Kildea’s verbal explorations of the music are done with level-headed sensitivity leavened by a quirky lightness of touch and he knows that criticism can give meaning to the overall applause. Shifts are caught with nice economy, such as the move from the “plump” Gloriana to the “fine-featured” Winter Words; musical essays appear on Britten’s use of fugue, his responses to Purcell, his “night works” in the 1960s. For all his careful analyses, Kildea is not above calling the vocal solos in Cantata Academica simply “scrumptious”.”

“I have rarely encountered a biography written with such dense attention to detail … what matters most to Kildea is the music. He records all the teenage scribbling that is extant, merging Britten’s musical and physical development from boyhood to death. Fascinating.”

“… a compelling though sometimes faintly misguided biography … Kildea makes the point that the musical establishment was constantly on the lookout for “manly” alternatives to what was perceived as the homosexual culture of Aldeburgh, and quotes a review of William Glock of Walton’s Troilus and Cressida in 1955: “an example … of sheer masculine vigour that is very welcome in English opera just now”. Kildea goes on to suggest that Glock’s championing of the European avant garde was a sort of heterosexist reaction, rather forgetting that Hans Werner Henze, Pierre Boulez, Jean Barraqué, Peter Maxwell Davies and others also benefited from Glock’s revolution. He is on firmer ground on Britten’s finances.”

“… this supposedly comprehensive book falls short. A truly definitive biography would use a wider range of sources, display a more open mind, and demonstrate a stricter attention to the facts. And it is debatable, too, whether Britten is the greatest British composer of the 20th century”

“In seeking freshness – and, one suspects, valuing loyalty – over truth, Kildea underplays what has traditionally been overplayed (namely Britten’s meanness) and overplays what has traditionally been underplayed (everyone else’s meanness). A whitewash of Britten results – one full of special-pleading … Kildea’s overprotective defence of Britten’s behaviour becomes especially invidious when he gets onto Britten’s paedophilia.”

Benjamin Britten: A Life in the Twentieth Century by Paul Kildea The Omnivore