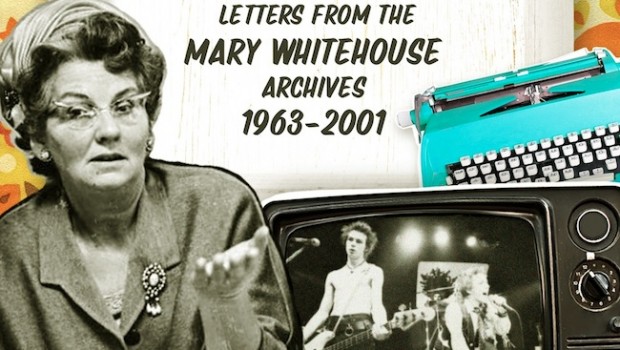 Blurb: In 1964, Mary Whitehouse launched a campaign to fight what she called the ‘propaganda of disbelief, doubt and dirt’ being poured into homes through the nation’s radio and television sets. Whitehouse, senior mistress at a Shropshire secondary school, became the unlikely figurehead of a mass movement: the National Viewers’ and Listeners’ Association. For almost forty years, she kept up the fight against the programme makers, politicians, pop stars and playwrights who she felt were dragging British culture into a sewer of blasphemy and obscenity. From Dr Who (‘Teatime brutality for tots’) to Dennis Potter (whose mother sued her for libel and won) to the Beatles – (whose Magical Mystery Tour escaped her intervention by the skin of its psychedelic teeth) – the list of Mary Whitehouse’s targets will read to some like a nostalgic roll of honour. Caricatured while she lived as a figure of middle-brow reaction, Mary Whitehouse was held in contempt by the country’s intellectual elite. But were some of the dangers she warned of more real than they imagined. (Faber, 2012)

“[A] hilarious book … richly enjoyable … To his credit, the author resists the temptation to sneer too much at Whitehouse. Although her targets were often bizarrely chosen, and although few people shared her ultra-Christian convictions, there is no doubt that millions were similarly worried about the decline of the old conventions and the advent of a more libertarian, individualistic moral order. Reading this book during the fallout from the Jimmy Savile scandal, I wondered if she was quite as cranky as she looked.”

“In his connecting prose, Thompson, a successful music journalist and ghoster of celebrity memoirs, adopts a relentlessly jaunty tone. He enlarges metaphors until they collapse … Such froth sometimes distracts from the extraordinary historical interest of the letters.”

“Astutely assembled … What is Whitehouse’s legacy? “She was not the last of a dying breed,” argues Thompson. “From feminist anti-porn campaigns to UK Uncut, and the Taliban to Mumsnet, Mary Whitehouse’s monuments are all around us.” Not quite: the Taliban, unless I misunderstand recent geopolitics horribly, owe nothing to Whitehouse.”

“From a liberal perspective, it’s not the singularity of her opinions that unsettle, but rather the issues she got right: Gordon Ramsay’s expletive-ridden shows, the sexualisation of children on television. The prescience of her words if applied to the internet is unnerving … Ben Thompson’s witty and engaging commentary is admirably even-handed: “we complained about her when she was alive, we sort of miss her now she’s gone.””

“Ben Thompson’s Ban This Filth brings together a selection of her correspondence with an engaging analysis of how Whitehouse waged her puritanical war against, primarily, the BBC.”

“Reading this collection of her letters, it is striking how often she puts her foot in it and tumbles headlong into a pit of her own making … Ben Thompson himself seems unsure how to handle her: his verbose commentary spins awkwardly from facetious to informative, and sympathetic to patronising. But, all in all, Ban This Filth! offers a fascinating time capsule from an age gone by.”

“Her letters … are less than riveting. They offer many examples of her calculating nature but few clues as to why she struck fear into the hearts of television executives. Despite the odd flash of wit, they are rather tiresome, as letters of complaint — unless you are the complainant — tend to be. Far more revealing are the mandarin replies from BBC high-ups and politicians, which often betray a disagreeable mixture of managerial anxiety and patrician disdain.”

“The archive contains richly humorous material and Thompson writes a droll commentary. Yet he credits Whitehouse with being more than a prurient killjoy in a Fifties-style hat.”

“It’s all here, rather too much of it … A bit more background would perhaps have been useful … Thompson has lots of larky fun, variously comparing Mary to Stalin, Mao, the Taliban and the Sex Pistols, and building a half-serious thesis that her activism grew from a warped desire to appear in the media. Mostly, though, he just mocks or gives Whitehouse enough rope to hang herself”