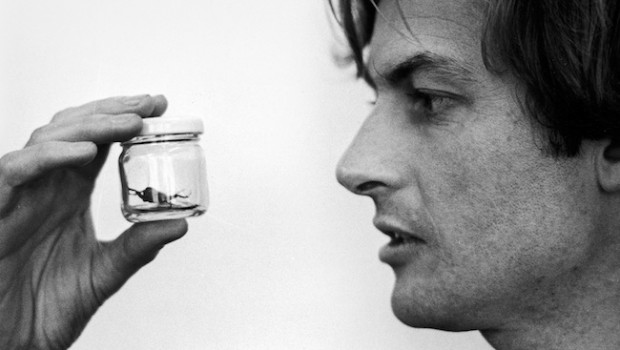 An Appetite for Wonder: The Making of a Scientist by Richard Dawkins

Blurb: Born to parents who were enthusiastic naturalists, and linked through his wider family to a clutch of accomplished scientists, Richard Dawkins was bound to have biology in his genes. But what were the influences that shaped his life and intellectual development? And who inspired him to become the pioneering scientist and public thinker now famous (and infamous to some) around the world?

In An Appetite for Wonder we join him on a personal journey back to an enchanting childhood in colonial Africa. There the exotic natural world was his constant companion. Boarding school in England at the age of eight, and, later, public school at Oundle introduce Dawkins, and the reader, to strange rules and eccentric schoolmasters, vividly described with both humorous affection and some reservation. An initial fervent attachment to Church of England religion soon gives way to disaffection and, later, teenage rebellion. Early signs of a preference for music, poetry and reading over practical matters become apparent as he recalls the opportunities that entered his small world.

Oxford, however, is the catalyst to his life. Vigorous debate in the dynamic Zoology Department unleashes his innate intellectual curiosity, and inspirational mentors together with his own creative thinking ignite the spark that results in his radical new vision of Darwinism, The Selfish Gene.

From innocent child to charismatic world-famous scientist, Richard Dawkins paints a colourful, richly textured canvas of his early life. Honest self-reflection and witty anecdotes are interspersed with touching reminiscences of his family and friends, literature, poetry and songs. We are finally able to understand the private influences that shaped the public man who, more than anyone else in his generation, explained our own origins.

“Dawkins is a fascinating man and as a writer he is nothing less than essential. This book humanises him just a little, with a few unguarded moments such as his deflowering by a cellist who began the seduction process by removing her skirt to play — perhaps the mot juste is foreplay — her instrument. Anthony Powell observed: “Every individual’s story has its enthralling aspect, though the essential pivot was usually omitted or obscured by most autobiographers.” Powell wouldn’t change his mind after reading this: but Dawkins is a man who has influenced or changed the way people think. His story needs to be read.”

“The Richard Dawkins that emerges here is a far cry from the strident, abrasive caricature beloved of lazy journalists with an op-ed piece to file. There is no score-settling, but a generous appreciation and admiration of the qualities of others, as well as a transparent love of life, literature – and science. A new volume is due out in two years. Good. Can’t wait.”

“The simultaneous publication of memoirs by evolutionary biologist Richard Dawkins and cosmologist Stephen Hawking is a wonderful opportunity to compare and contrast Britain’s most famous scientists. It is also a reminder that these two remarkable men have rather more in common than we think … Each book is recommended individually as a personal introduction to an important thinker and populariser of science. As a fortuitous pair they provide a superb background to the academic and social climate of postwar British research”

“The earlier part of his book seems to retain a strict privacy … What a pity. A lifetime spent studying animal behaviour might be expected to deliver a little more about his own. Things improve when “by some miracle” the author gets to Oxford … The atmosphere of competitive collaboration, the excitement around genetics that stimulated Dawkins to write his first and most famous book, The Selfish Gene, are inspiring, and his appetite for wonder is never so beguiling as when he is explaining, with clarity, some of the group’s influential work.”

“Dawkins’s account of his early years is surprisingly intimate and moving … Before he was 17, he had disavowed an earlier and evidently strong Christian faith, which a devotion to scepticism replaced in spades. It is curious that at this point the trajectory of the scientist becomes more of an intellectual than an emotional history. There is no disclosure of indiscretions: “It isn’t that kind of autobiography.” In fact, Dawkins is nice about practically everybody (except bullies and priests), which is disappointing from one famed for not pulling his punches.”

“Mr. Dawkins treats the publication of The Selfish Gene as the dividing line between the first and second installments of this memoir. It’s a good place to pause, and it suggests strongly that the second volume will be heftier and more focused than this one. Mr. Dawkins’s memory for his work is much more vivid than his more personal stories … But, for now, we have the kindling of Mr. Dawkins’s curiosity, the basis for his unconventionality and some very odd glimpses of professorial behavior.”

“Although his politics are theoretically of the Left, his mindset is imperial. As he wrote, in an earlier work quoted here (Dawkins quotes Dawkins as often as Jesus quotes the Old Testament): ”I was all but born with a pith helmet on my head.’’ This is attractive, because he dislikes political correctness. He is breezily at ease with mild paedophilia at prep school, and chortles away with anecdotes about (non-paedophilic) masters called things like Bunjy, Bufty, Boggy and Snappy. He rightly admires eccentricity and rightly associates it with private education. There is something marvellous about a book published in 2013 so old-fashioned that it ends a chapter with the resounding sentence: ”Oundle beckoned.’’”

“It’s clear that Dawkins is brilliant in his field, but his self-satisfaction, self-consciousness and self-absorption mean that his book is full of jarring awkwardness. He frequently interrupts his own story with tangential asides, bizarre trains of thought and miniature lectures. The effect is of being at dinner with a guest who doesn’t understand the flow of conversation.”

“It is peculiarly apt that the author of this autobiography should be the man who coined that now fashionable term ‘meme’ — so long as it is written ‘me me’ … Admirable though it may be that people should put together an account of their lives for the interest of their family, one inevitably begins to wonder whether, if the author of this book had not been such a celebrated figure, anyone would have thought such a pedestrian recital worth publishing … I would defy anyone not a dedicated acolyte of Dawkins to find much of interest in the next 80 pages, describing how he used the primitive computers of 40 years ago to devise programmes in various long-forgotten computer languages, to model the patterns behind the pecking of chicks at grain and the self-grooming of flies.”

An Appetite for Wonder: The Making of a Scientist by Richard Dawkins The Omnivore 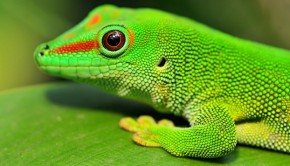