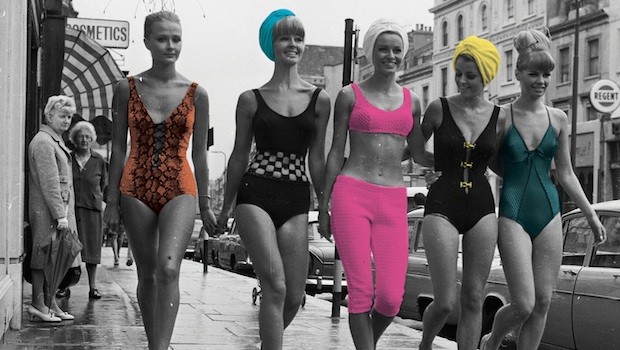 1965: The Year Modern Britain Was Born by Christopher Bray

Blurb: There is Britain before 1965 and Britain after 1965 – and they are not the same thing. 1965 was the year Britain democratised education, it was the year pop culture began to be taken as seriously as high art, the time when comedians and television shows imported the methods of modernism into their work. It was when communications across the Atlantic became instantaneous, the year when, for the first time in a century, British artists took American gallery-goers by storm. In 1965 the Beatles proved that rock and roll could be art, it was when we went car crazy, and craziness was held to be the only sane reaction to an insane society. It was the year feminism went mainstream, the year, did she but know it, that the Thatcher revolution began, the year taboos were talked up – and trashed. It was when racial discrimination was outlawed and the death penalty abolished; it marked the appointment of Roy Jenkins as Home Secretary, who became chief architect in legislating homosexuality, divorce, abortion and censorship. It was the moment that our culture, reeling from what are still the most shocking killings of the century, realised it was a less innocent, less spiritual place than it had been kidding itself. It was the year of consumerist relativism that gave us the country we live in today and the year the idea of a home full of cultural artefacts – books, records, magazines – was born. It was the year when everything changed – and the year that everyone knew it.

“Blending arts and literary criticism with biography and political commentary, Bray serves up a nostalgia-tinged appraisal of the year’s key characters and events, never failing to show why these remain relevant. Whether or not 1965 really does have greater significance than 1964 or 1966 (take your pick of the bunch), there is a neat logic about its selection as the turning point.”

“Entertaining and evocative… sometimes I feel Bray tries too hard to stand up his thesis… Bray does though strike fertile ground in examining in some detail R.D. Laing’s experimental psychiatric community in London’s East End to look at how traditional notions of the family were, if not crumbling, then being questioned. He is interesting too in exploring the nation’s ambivalence to the growing prominence of the car.”

“Often he has interesting and provocative things to say… But it is hard not to be distracted by his style, which was presumably inspired by a teenage infatuation with Smash Hits. Instead of calling the Beatles “the Beatles”, they are “the Fabs” or “the mop tops”, while May 1968 was apparently “trouble-tastic”. I hope the publisher has Tony Blackburn lined up for the audiobook… The fact that Bray never even mentions Coronation Street — despite the fact that it was comfortably Britain’s most popular programme in 1965 — says a great deal about his approach. He is interested only in what was trendy, not in what was representative, and Mr and Mrs Average never get a look-in.”

“If you weren’t aware of the Everyday Sexism social media campaign then you may well find this book — which adds little to it — fascinating and horribly familiar. If you’re a man you may even feel a little ashamed.”

“Everyday Sexism is a laudable achievement but not flawless. The combination of quantifiable evidence, less quantifiable statistics and the unrelenting nature of the subject matter can be disorientating and overwhelming. However it is a book that is bound to get people talking, and that can only be a good thing.”

“The site is a wonderful idea, and I wish there’d been something similar around when I was younger and less able to stand up for myself. About the book I’m less certain. There are two problems. The first is that it is so pitifully unrigorous, relying as it does almost entirely on statistics whose methodology we never get to discover, and on tweets and stories from the site. The second is that it includes no plan. It’s all very well to collate these stories, to build a picture of a world in which women are at best not taken seriously and at worst abused. But the question is: what are we to do about it? … Everyday Sexism (the book) is a wasted opportunity: little more than another repository for anger and frustration.”

1965: The Year Modern Britain Was Born by Christopher Bray The Omnivore