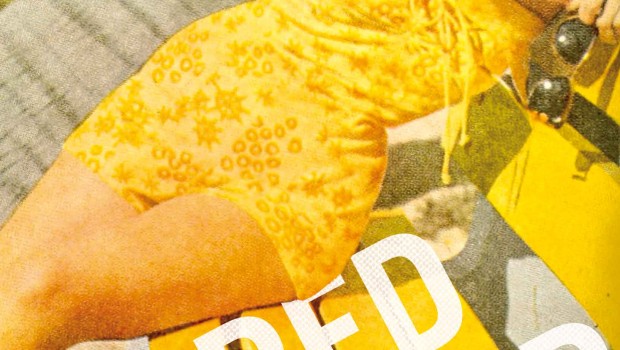 Blurb: Nick and her cousin, Helena, have grown up sharing sultry summers at Tiger House, the glorious old family estate on the island of Martha’s Vineyard. As World War II ends they are on the cusp of adulthood, the world seeming to offer itself up to them. Helena is leaving for Hollywood and a new marriage, while Nick is to be reunited with her young husband Hughes, due to return from London and the war. Everything is about to change. Neither quite finds the life she had imagined, and as the years pass, the trips to Tiger House take on a new complexity. Then, on the brink of the 1960s, Nick’s daughter Daisy and Helena’s son Ed make a sinister discovery. It plunges the island’s bright heat into private shadow and sends a depth-charge to the heart of the family. (Picador)

Viv Groskop, The Independent on Sunday

“This is an ambitious undertaking for a first novel but Klaussmann really pulls it off, turning an elegant period piece into a creepy psychological thriller. The characters are cruelly drawn and should be unsympathetic but there is something compelling about the setting and the cinematic feel of the book: you are drawn to these strange types without understanding why. There’s just the right mix of glamour and tension. ”

“Tigers in Red Weather is an old-fashioned novel in the very best sense, with a deeply textured fictional landscape just begging to be stepped into, and vulnerable characters you care about as much as if they were your friends or family. ”

“Klaussman is good on the clubby, Waspy atmosphere on the island, where the murder of the maid is left unsolved, even though everyone knows the culprit is one of the heavy-drinking Mad Men types who holiday on the island (not so implausible, when you consider Ted Kennedy’s behaviour at ­Chappaquiddick, which is referenced in the book). In fact, anybody who enjoys Mad Men will almost certainly like this book. Klaussman has an acute eye for telling period detail …”

“I wouldn’t ordinarily recommend yet another dysfunctional family vacation novel, but 36-year-old Klaussmann has done something exceedingly clever here … what makes all this particularly fascinating is Klaussmann’s unusual structure. While narrating in the third-person, she presents the story in five sections, each concentrating on a different character: Nick, Helena, Nick’s daughter and so on … To be honest, the pulse of “Tigers in Red Weather” is too faint for a large audience, but this is a well-crafted novel that tracks the way familial disappointments can ferment into poisonous hatreds.”

“[It] does occasionally read like Desperate Housewives transported to East Egg, with a bit of Mad Men chucked in for good measure. Two things, however, set this enjoyably creepy book apart from your average beach read. The plot and pacing are expertly managed: though the story darts back and forth over two decades, hops between east coast, west coast and wartime London, and is told from the point of view of five people, the reader never feels lost. But the real selling point is the writing, which is minimalist and evocative at the same time. ”

“Klaussmann deftly depicts the contrast between the glamorous aspirations of the post-war middle classes, and the dissatisfying reality of bland marriages, the tedium of home-making and the superficiality of socializing. There are occasional dips in pace, but these seem calculated to reflect the ennui of people left anchorless by the war.”

“For all the deftness with which Klausmann captures a repressed generation, at times you long for her characters to put down their drinks and have an actual conversation. Occasionally, they could do with a bit more depth, particularly the creepy Ed, who dominates the end of the book. However, these are small quibbles in a sharply drawn portrait of life among that ever-popular literary demographic: the beautiful and damned.”

“Klaussmann’s story about two East Coast families is dramatic enough, with their own secret desires and unspoken unhappinesses. The murder of the maid is an unnecessary addition to the dramatic tension between them all, and Ed’s final section feels particularly misplaced, a rather obvious and clunky piece in an extremely well-written novel that has valued delicacy and nuance for the bulk of its narrative.”

“This is the sort of novel for which it’s best not to give too much plot away – Klaussmann has a fine way of building up tension, leaving gaps that the reader must fill with speculation until the truth is revealed at the moment that provides most dramatic satisfaction. (There’s a dead body, I will say that.) Too often in novels gaps feel manipulative, but here they are integral to the structure of the novel: relay-style, narration is handed from one character to the next across five sections and a quarter of a century. Where gaps exist for the readers it’s because they exist for the narrators. ”