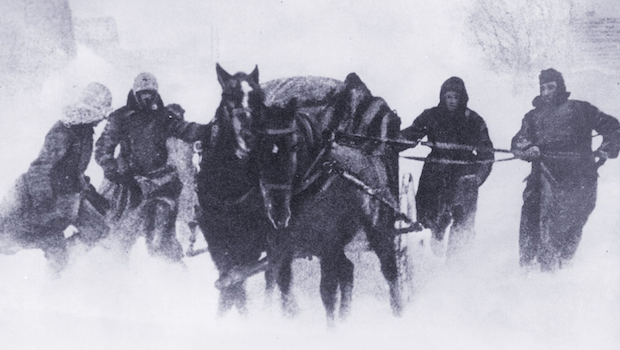 The Undertaking by Audrey Magee

Blurb: Desperate to escape the Eastern front, Peter Faber, an ordinary German soldier, marries Katharina Spinell, a woman he has never met; it is a marriage of convenience that promises ‘honeymoon’ leave for him and a pension for her should he die on the front. With ten days’ leave secured, Peter visits his new wife in Berlin; both are surprised by the attraction that develops between them. When Peter returns to the horror of the front, it is only the dream of Katharina that sustains him as he approaches Stalingrad. Back in Berlin, Katharina, goaded on by her desperate and delusional parents, ruthlessly works her way into the Nazi party hierarchy, wedding herself, her young husband and their unborn child to the regime. But when the tide of war turns and Berlin falls, Peter and Katharina, ordinary people stained with their small share of an extraordinary guilt, find their simple dream of family increasingly hard to hold on to. (Atlantic Books, April 2014)

“Magee makes exciting use of dialogue – instead of the detailed descriptions that one might expect in this type of novel, there are whole pages of unadorned speech. It’s an innovative way to tell the story – and the voices shine from the page. Magee pares back the description and the narrative comment, rarely telling us what her characters are thinking. This method is particularly successful at conveying the story as it sinks into areas of moral relativism – Katharina shuns Jews and eats fine food with party members while her old neighbours starve, and Peter and his men kill Russian villagers for trying to hide their food.”

“The Undertaking is written in simple, understated language and the effect is a devastating accretion of horror and atrocity, layered like the brutal Russian winter snows until the reader is subsumed. A deft, emotionally powerful portrait of two people holding on to the possibility of love and family in the midst of war.”

“Both filmic yet utterly lacking in cliche, the economy of Magee’s sentences match the simple binaries of her character’s life-or-death situation. Here is a man dragging himself through the atrocity of war simply so he can see his wife and child. There is little loyalty to the Führer, only to his fellow soldiers and his young family.”

“Peter and his fellow soldiers, on the advance towards Stalingrad, are the descendants of Remarque’s little band of former school friends on the western front in the first world war. Magee’s cool, precise tone recalls Hans Fallada’s Alone in Berlin, and, like Heinrich Böll, Magee is haunted by the everyday and the small people who are inseparably part of a great ravagement. These are mighty shadows and sometimes they overwhelm the novel, although Magee’s boldness is one of her attractive qualities as a writer. Another is her honesty. The Undertaking refuses any special pleading for its characters.”

“The Undertaking may cover familiar ground, but Magee offers an original take. She uses dialogue to great effect, immersing her reader in her characters’ fears and vividly evoking two different worlds: the civilian life in Berlin, where Katharina’s family are patronised and protected by a powerful Nazi family, is contrasted with a devastating portrait of war – the casual violence of soldiers against enemy civilians, the rape of women, and numerous cruelties played out every day.  Magee is eloquent on how violence gradually strips away layers of humanity.”

“Though sparely told, greed, ignorance and chillingly affectless cruelty are everywhere, as Katharina moves with her parents into a stolen Jewish home, and Peter proselytises among his increasingly sceptical comrades. Yet Stalingrad and the Soviet invasion of Berlin are just the start of trials in store for Magee’s lovers. As the tide of history turns, she pulls off a feat of high-wire empathy.”

“This sweeping, powerful, epic story would make a terrific film; Magee’s writing is fast-moving, with a great visual sense, and conversations so believable that you can almost hear them.”

“Told in deadpan language that never employs one word where none will do, this is an exceptionally compelling tale of the horror and moral squalor of war.”

The Undertaking by Audrey Magee The Omnivore