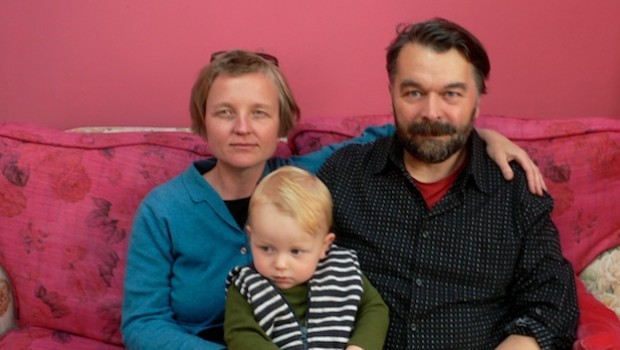 The Iceberg: A Memoir by Marion Coutts

Blurb: In 2008 the art critic Tom Lubbock was diagnosed with a brain tumour. The tumour was located in the area controlling speech and language, and would eventually rob him of the ability to speak. He died early in 2011. Marion Coutts was his wife. In short bursts of beautiful, textured prose, Coutts describes the eighteen months leading up to her partner’s death. This book is an account of a family unit, man, woman, young child, under assault, and how the three of them fought to keep it intact. Written with extraordinary narrative force and power, The Iceberg is almost shocking in its rawness. It charts the deterioration of Tom’s speech even as it records the developing language of his child. Fury, selfishness, grief, indignity and impotence are all examined and brought to light. Yet out of this comes a rare story about belonging, an ‘adventure of being and dying’. This book is a celebration of each other, friends, family, art, work, love and language.

“It is a memoir quite unlike any other. It has the strength of an arrow: taut, spiked, quivering, working to its fatal conclusion. In the same way that some people flinch in the face of other people’s personal tragedy, there will be some readers who will not like this book. It will appear to be too indulgent and too wordy, or too challenging. But this is to do Coutts a great disservice. The Iceberg is an extraordinary story told in an extraordinary way. It is possible to see Coutts, who is an artist and a lecturer in art, attempt with total and often shocking honesty to expose, turn, hold, consider and solidify in print, as one would sculpt or mould in clay, the often contradictory thoughts and emotions that she carried in her head.”

“One of the great salving insights of this book and Lubbock’s memoir is that the illness and dying are part of the story of their lives, which it’s possible to imagine and enact in their own language – and that’s true even as Tom’s language is taken away. “I had thought that death was a separate, foreign state,” Coutts writes. “It is, but it follows the contours of our own terrain.”… Her book is a homage to an exceptional man; it’s also the work of an exceptional woman artist, writing from the inside about the things women have always done: nursing, nurturing, loving.”

“Whether she kept a record of events as they were happening or has achieved an almost incredible feat of recall, I cannot tell, but whichever it was (perhaps a blend of both?), it astounds. The reader is submerged in what the writer experienced.”

“Coutts, an artist, has a mind as original as her husband’s, and her moving story is told as a kind of prose poem. The Iceberg begins in 2008 with Tom’s diagnosis, and is written in the present tense so that we are there with the protagonists throughout the drama. The writing is lyrical, textured, perfectly paced; the sentences short so that we feel Coutts’s moments of panic, her quickened heartbeat.”

Fiona Sturges, The Independent on Sunday

“…an exquisitely expressed portrait of three lives operating in the shadow of catastrophe… The Iceberg is a book about death, certainly, but it’s also about survival. The miracle here is not only in Coutts coming through such an ordeal, but in finding the wherewithal to observe it, unpick its complex psychology, and commit it to paper. This is human trauma, profoundly and beautifully told.”

The Iceberg: A Memoir by Marion Coutts The Omnivore