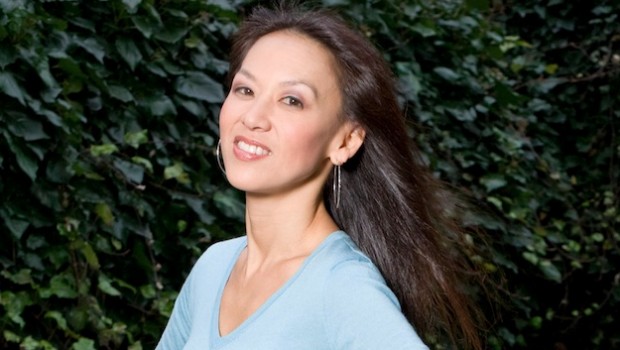 The Triple Package: What Really Determines Success by Amy Chua and Jed Rubenfeld

Blurb: Why do Jews win so many Nobel Prizes and Pulitzer Prizes? Why are Mormons running the business and finance sectors? Why do the children of even impoverished and poorly educated Chinese immigrants excel so remarkably at school?

It may be taboo to say it, but some cultural groups starkly outperform others. The bestselling husband and wife team Amy Chua, author of Battle Hymn of the Tiger Mother, and Jed Rubenfeld, author of The Interpretation of Murder, explain, and in doing so, reveal the three essential components of success.

Drawing on groundbreaking original research and startling statistics, The Triple Package explodes the myth of innate group differences and examines three qualities that propel certain cultural groups to disproportionate achievement: 1) a superiority complex; 2) insecurity; and 3) impulse control. Amy Chua and Jed Rubenfeld also delve into the dark underside of the Triple Package, as the same traits that boost success can carry deep pathologies which, when taken to the extreme, can have toxic effects.

Provocative, probing and profound, The Triple Package offers a new way to look at success – its hidden spurs, its inner dynamics and its costs. But ultimately, it shows that when properly understood and harnessed, the Triple Package can put anyone on their chosen path to success.

“Chua and Rubenfeld do pause to ask whether the Triple Package “is a blessing or a curse. Is it something one should aspire to re-create in one’s own life and family?” But there is never any real doubt here that the darker sides of the “never good enough” personality are worth it for what that constantly questing, self-castigating human can produce, whether it’s a cure for cancer, a perfect performance of Brahms’s Violin Concerto or a powerful, passionate and very entertaining book called The Triple Package.”

“The main problem is that in trying to give the book enough window-dressing to encourage sales, the authors veer from academic rigour to lightweight anecdotal evidence in a way that squanders much of their authority… But there is still a lot to find interesting.”

“I wasn’t altogether convinced by this book. Not only are TP values too extreme for me, but the book is weak on historical and economic contexts, and its evidence is sometimes thin. But I admired it for its humanity, its energy and its determination to throw out provocative, important, accessible ideas. It deserves much more than kneejerk accusations of racism. If you care at all about the social pressures underpinning success and failure, or relish fresh perspectives on how societies really work, you will want to read it for yourself.”

“This book will infuriate many. It pushes its central thesis so far that it, at times, descends into grating simplification. But the authors are to be commended for dealing with a controversial subject, and for revealing some deep truths. It deserves a wide audience, but should be read with caution.”

“The book is not racist; it is well written and seductive. But its premise is flawed, arguments pernicious and methods disingenuous. And there is a whiff of aromatic complacency on every page.”

“The continual restatement of the thesis … and the winners-­versus-losers emphasis, makes reading this book feel like being slugged over and over again by a bully wearing kid gloves. While Tiger Mom was ruthless, here the claws are perfectly sheathed. One is tempted to say Crouching Tiger, Hidden Dragon, but there’s a more interesting question at hand. As opposed to Chinese Tigers robotically assembling Apple products, isn’t it more wondrous to behold the specter of two Chinese-Jewish Ivy League law ­professor/successful author Hybrid Tigers who’ve fashioned Yale student research (from a 2008 project) into a dull but probably lucrative book? Such are the rewards of our American meritocracy.”

“In the absence of objective measurements such as a giant marshmallow test pitting proud Cubans against, it’s alleged, less special-feeling (and therefore poorer) Hispanics, the authors perhaps had no choice, if they were not to jettison the racial element, except to advance their argument, as befits the Bernard Mannings of academe, via elderly tropes and gags, along with anonymous anecdotes from, say, “one 23-year-old Indian-American professional” or “a Vietnamese American girl”.”

“This is not a carefully researched book. The couple fails even to convincingly establish that their chosen groups are particularly successful by the conventional metrics of wealth, education and the collection of status symbols. Their evidence is often anecdotal or fragmentary … In Battle Hymn, we were famously told that “an A-minus is a bad grade.” One wonders what Chua and Rubenfeld will make of an F.”

The Triple Package: What Really Determines Success by Amy Chua and Jed Rubenfeld The Omnivore