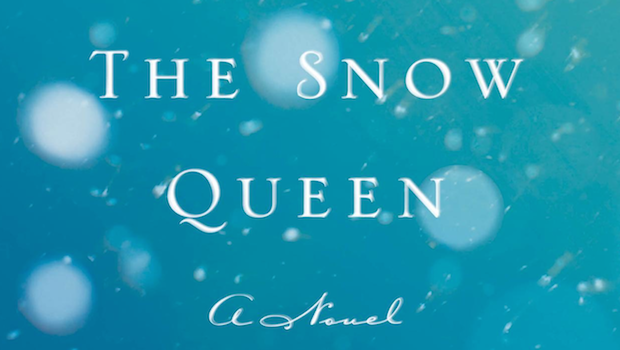 The Snow Queen by Michael Cunningham

Blurb: Barrett Meeks, having lost love yet again, is walking through Central Park when he is inspired to look up; in the sky he sees a pale, translucent light that seems to regard him in a distinctly godlike way. Barrett doesn’t believe in visions—or in God—but he can’t deny what he’s seen. At the same time, in nearby Brooklyn, Tyler, Barrett’s older brother, a struggling musician, is trying to write a song for Beth, his wife-to-be, who is seriously ill. Tyler is determined to write a wedding song that will not be merely a sentimental ballad but an enduring expression of love. Barrett, haunted by the light, turns unexpectedly to religion, while Tyler grows increasingly convinced that only drugs can release his creative powers. (Fourth Estate, May 2014)

“Mr. Cunningham’s most original and emotionally piercing book to date. It’s a novel that does not rely heavily on literary allusions and echoes for its power — a story that showcases the author’s strengths as a writer and few of his liabilities, while creating a potent portrait of two brothers and their urgent midlife yearning to find some sense of purpose and belonging.”

“What really strikes is Cunningham’s remarkable control of tone, his ability to maintain a kind of muted ardency. This is a complicated, messy, peopled novel, and yet it has the slippery feel of a fable, an otherworldly quality in which everyday objects – a barge, a biscuit-coloured couch – acquire a strangeness, a temporary and oddly touching gleam.”

“The Pulitzer-prizewinning author of The Hours (in which three-quarters of a page is taken up with an unforgettable description of the armchair of an ill man) is a chronic over-describer. In this new novel about the lives and anxieties of two brothers in their forties, Tyler (straight) and Barrett (gay), the first hour of a weekday morning in a cramped flat in a dingy suburb in Brooklyn takes up over 90 pages, and you wouldn’t want it any other way.”

“Regardless of your theological position on signs and wonders, that voice, Cunningham’s inimitable style, is the real miracle of “The Snow Queen.” Sentence by sentence — and that’s just one of them above — he moves across the surface of these pages like some suave, literary god. Behold how he swoops in and out of Tyler’s point of view, breaks the fourth wall, drops ironical quips, mocks and comforts in the same phrase. It’s remarkable, yes, but is it enough to offer salvation to this languid plot? Like good Calvinists, readers will have to take that on faith.”

“As appealing as Barrett is, the story of his spiritual crisis seems rather static. I also wish that the two main female characters, Beth and Liz, didn’t fall so neatly into what one might call a saint/streetwalker paradigm. Luckily, The Snow Queen has more than enough else on its mind. At its best, the novel is Cunningham in his sweet spot, compassionate, emotionally exhilarating, devilishly fun. He gives us a stirring and wistful picture of early-21st-century New York, with its fast-shifting neighborhood dynamics and the strange, toxic social proximity of the carelessly wealthy and the just-getting-by. “

“This is an odd work, engaging in parts and shot through with stunning lyricism, yet testing in the problematic personalities it brings together. The resolution Cunningham bestows is not unlike that otherworldly light in Central Park — subject to interpretation and dependent to an unusual degree on a character’s capacity to hold on to hope.”

“The novel’s modernist style, with long Jamesian sentences and metaphor-packed internal monologues, is arresting but frequently cumbersome. Reading The Snow Queen is like “waiting for the ship that might – might – arrive”: a tantalising and masochistic experience.”

“The spiritual longings suggested by the miraculous opening get swept into the same dustpan as mundane midlife woes and, this being New York, real estate concerns … Cunningham patches these cracks with prose that’s characteristically elegant and often exquisite, sometimes breathtakingly so (the ‘ghost of the word “concrete”’ emblazoned on the façade of an empty warehouse has ‘grown so faint it ’s as if the building itself … still insists on announcing its own name’), though the Woolfian surfeit of parentheticals verges on over-exuberance.”

“Characters exist in some rarefied, high-Modernist atmosphere, sit in bathtubs while an all-important Woolfian window stands open (to glacial weather), discussing their dreams “as if they [are] scientists, taking notes”, spend all night taking drugs then emerge onto rooftops in snowstorms to ponder moments when they “were able to hold [their] very being in…outstretched hands and say, here I am…”, supposedly have money worries but sit around writing songs,”‘stand for a moment in…doorway[‘s] rectangle[s] of snowy light…appear[ing] to wonder, briefly, at the fact that [they’re] there at all” … Cunningham’s prose, though stylish, begins to feel as stuck as Tyler’s song.”

The Snow Queen by Michael Cunningham The Omnivore