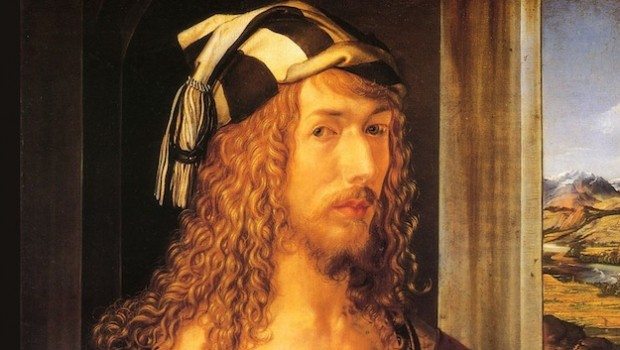 The Self-Portrait: A Cultural History by James Hall

Blurb: In this broad cultural survey, James Hall brilliantly maps the history of self-portraiture, from the earliest myths of Narcissus and the Christian tradition of bearing witness to the prolific self-image-making of todays contemporary artists. Along the way he reveals the importance of the medieval mirror craze; the confessional self-portraits of Titian and Michelangelo; the role of biography for serial self-portraitists such as Courbet and van Gogh; themes of sex and genius in works by Munch and Bonnard; and the latest developments in our globalized age. Hall covers the full range of self-portraits, from comic and caricature self-portraits to invented or imaginary ones, and looks deeply into the worlds and mindsets of the artists who have created them. Offering a rich and lively history, this is an essential read for all those interested in this most enduringly popular and humane of art forms.

“[An] enthralling book… Scattering insights on all sides, Hall’s narrative advances through the centuries with masterly vigour.”

“This is a wide-ranging, richly researched and evocatively illustrated book. By setting the story of the self-portrait in its wider social and religious context, it doubles up as a history of our culture viewed through a sharply focused lens. And though sometimes the main strand of an argument can get lost as his digressions tend to take over…the author constantly returns to lively descriptions of the images, rooting his theories in astute observations. The Self-Portrait has a wonderfully fresh feel. It is as varied, revelatory and idiosyncratic as the genre which it takes as its subject.”

“There is never a dull passage in this book: the detail is crisply imparted; the content richly arcane at times, but more usually profoundly human; the ideas come freshly coined. Hall manages to retain the intellectual high ground while writing with verve and enthusiasm. It is a creditable achievement, and, like all the best gifts, comes beautifully wrapped, in book production of the highest quality.”

“Hall’s range of references is polymathic and his writing often pithy, but the democratically even tone – in which geniuses and nonentities are accorded the same level of interest – can feel monotonous. The book gives a good account of the role of the self-portrait in the elevation of the artist from craftsman to cultural hero. Yet Hall is so keen to avoid aggrandising the better known figures that you’re left yearning for a contrast between what’s of historical interest and what’s genuinely extraordinary. Occasionally you wish he’d let his dispassionate scholarly mask drop and scream out, “This is a freaking masterpiece!””

“Fascinating, erudite and beautifully produced… The point that Hall reinforces throughout this elegant study is that, for all its mutability, the self-portrait has rarely been simply a depiction of the artist who painted it. In holding up a mirror to themselves artists have held one up, too, to the human condition and reflected all its aspects — from doubt to certainty, a sense of belonging to alienation. The self-portrait is invariably a double portrayal — of the painter and of Everyman.”

“Among the many virtues of this book are the discussions of lesser-known artists whom Hall insists we think about. He is particularly strong on underrated female painters such as Sofonisba Anguissola, Angelica Kauffmann and the mysterious sculptor Anne Seymour Damer. But the biggest surprise is Artemisia Gentileschi… there is no David Hockney, no Lucian Freud and, most shockingly, very little Pablo Picasso… If there is a paperback edition, I seriously suggest a new chapter.”

“Topical it might be, but modish this book is not. Ranging from Akhenaten’s chief sculptor to Tracey Emin and drawing on art-historical, historical, philosophical and literary sources covering the three-and-a-half millennia of the intervening period, this is a stimulating and demanding book that requires an equally serious engagement from any reader.”

The Self-Portrait: A Cultural History by James Hall The Omnivore