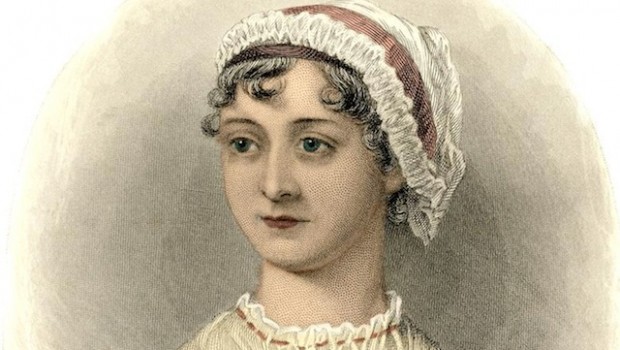 The Real Jane Austen: A Life in Small Things by Paula Byrne

Blurb: Paula Byrne explores the forces that shaped the interior life of Britain’s most beloved novelist: her father’s religious faith, her mother’s aristocratic pedigree, her eldest brother’s adoption, her other brothers’ naval and military experiences, her relatives in the East and West Indies, her cousin who lived through the trauma of the French Revolution, the family’s amateur theatricals, the female novelists she admired, her residence in Bath, her love of the seaside, her travels around England and her long struggle to become a published author. Byrne uses a highly innovative technique whereby each chapter begins from an object that conjures up a key moment or theme in Austen’s life and work—a silhouette, a vellum notebook, a topaz cross, a laptop writing box, a royalty cheque, a bathing machine, and many more. The woman who emerges in this biography is far tougher, more socially and politically aware, and altogether more modern than the conventional picture of ‘dear Aunt Jane’ would allow.

“The great merit of the book is not that it offers new research (though sometimes it does), or even new interpretations (though it does that, too, sometimes quite radically): by focusing, chapter by chapter, on one thread or another of Austen’s experience, Byrne allows us to grasp the richness of her inner life.”

Susan Elkin, The Independent on Sunday

“[A] refreshing, ambitious and immensely detailed book … It is good to meet the real Jane Austen at last. My only little gripe is that, given five of Austen’s six brothers between them fathered dozens of children, a family tree would have helped.”

“… bold, fast-moving and accessible without being patronising. Its author understands the dynamics of big families (Austen was one of eight children). She attends rewardingly to Austen’s habits of composition and revision, to her dealings with publishers, and to her professionalism. The delight Austen took not only in her characters but in the modest profits she made from her novels is conveyed in this study with the gleeful appreciation of a fellow author.”

“This portrait of a funny, outspoken and confident literary professional might occasionally feel overstated, and those not familiar with Austen’s chronology might wish for a neat timeline somewhere. But this is a delightful and engrossing book.”

“…the reader learns an enormous amount, almost too much sometimes, about the tangled interconnections and far-flung adventures of the extended Austen and Leigh families … The Real Jane Austen brings to life a woman of “wonderful exuberance and self-confidence,” of “firm opinions and strong passions.””

“…a revealing picture of Austen and a lively social history. Austen’s formative years are the most interesting … This book may offer few revelations, but it paints a fresh and vivid picture of an inimitable woman.”

“In her enthusiasm for new discoveries, Byrne occasionally lapses into speculation. She is at her best when she acknowledges what we don’t know about Jane Austen.”

“The real Jane Austen, I think, was tougher and bolder than Byrne allows … Byrne’s essays add up to a fine appraisal of the novelist’s environment, truly Austenish in the way they burrow into a sequestered and often secretive private world. But small things like shawls and brooches come and go, fashionably ephemeral, whereas Austen is a classic and will be with us, I trust, for ever.”

“If The Real Jane Austen takes a little bit of time getting into its stride stylistically (parts of the earliest chapters have an oddly staccato ring to them, as if Byrne’s prose is flexing its limbs ahead of the real action), the book’s best chapters demonstrate an exemplary ability to move fluidly from material specifics to broad cultural contexts, and back again, as circumstances require.”

“Byrne’s affectionate study paints a pleasingly lively picture of Austen’s life. However, there is a danger in concentrating on these incidental objects as the means of organising a biography. It is a method that might imply diminution. This is not what Byrne intends, but her relaxed style cannot fully reflect the intellectual force and technical brilliance of Austen’s fiction. Her tactics give the impression of a somewhat randomly directed understanding, and it unwittingly reinforces the assumption that women are naturally concerned with small things, not big ideas.”

The Real Jane Austen: A Life in Small Things by Paula Byrne The Omnivore