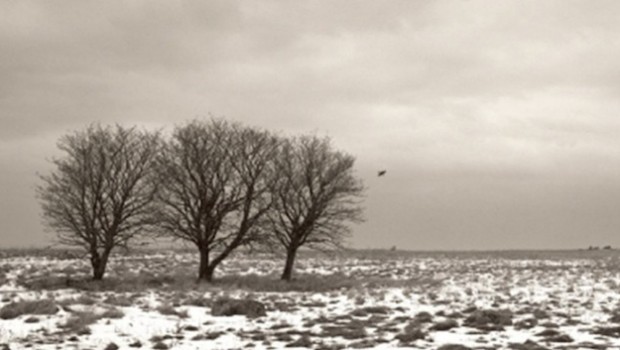 Everything is Wonderful: Memories of a Collective Farm in Estonia by Sigrid Rausing

Blurb: Just like it was taken for granted that houses could be abandoned and slowly decay, so it was taken for granted that people died in prisons, and that it was possible that no-one would really ever know the cause of death. This is the nature of totalitarianism. In 1993-94 Sigrid Rausing completed her anthropological fieldwork on the peninsula of Noarootsi, a former Soviet border protection zone in Estonia. Abandoned watch towers dotted the coast line, and the huge fields of the Lenin collective farm were lying fallow, waiting for claims from former owners, fleeing war and Soviet and Nazi occupation. Rausing’s conversations with the local people touched on many subjects: the economic privations of post-Soviet existence, the bewildering influx of western products, and the Swedish background of many of them. In Everything Is Wonderful Rausing reflects on history, political repression, and the story of the minority Swedes in the area. She lived and worked amongst the villagers, witnessing their transition from repression to freedom, and from Soviet neglect to post-Soviet austerity.

“…a strange, wonderful, hallucinatory exploration of a year she spent on a collapsing post-Soviet collective farm in Estonia… She ventures no firm conclusions, and she forces her narrative into no political straightjacket. This is not that kind of book. Instead, she piles up details: children’s essays in broken English, collapsed houses, her landlord’s drinking, the difficulty of winning a smile from her dour neighbours… extremely affecting.”

“…pages of dreamlike prose explore Estonia’s terrible Nazi-Soviet past, the trauma of dictatorship and how memory processes that trauma… she evokes the spirit of a lost Baltic community and, in so doing, has written a rather beautiful book.”

“From this improbably glum material, Rausing revives their world with a telling eye for domestic props (a blood-specked pig’s head in a tin bowl, rat-bitten books), a sensitive nose for the sour sweat of poverty, and a conflicted repulsion and respect for a tragic history and culture in which bad food, dour silences and stone cold weather were regarded as normal.”

“In this informative and heartfelt account the author goes for a personal rather than scholarly approach, while also pointing out that an anthropologist’s notes are different from a journalist’s report. Her knowledge and experience are moulded into a series of comments, mostly insightful, though occasionally clichéd. “It was the price paid for independence”, in a passage about the introduction of the Estonian kroon, which made people’s savings melt away, is one such example. However, these lapses are rare, and the narrative is rescued by its inner logic.”

“Finely observed… The circumstances are a far cry from those of Ms Rausing’s own family, one of Europe’s richest (she is the granddaughter of Ruben Rausing, the founder of Tetra-Pak, a successful Swedish company, and is now a philanthropist, based in London, and owner and publisher of Granta, a literary magazine and book-publisher). And they are in striking contrast with those that exist in the area today. Life expectancy for men has risen by around eight years since 1994. Tourists now flock to Estonia’s coast… It is a pity she has not been back more recently, to see how far the fragments of culture have been put together again.”

Everything is Wonderful: Memories of a Collective Farm in Estonia by Sigrid Rausing The Omnivore