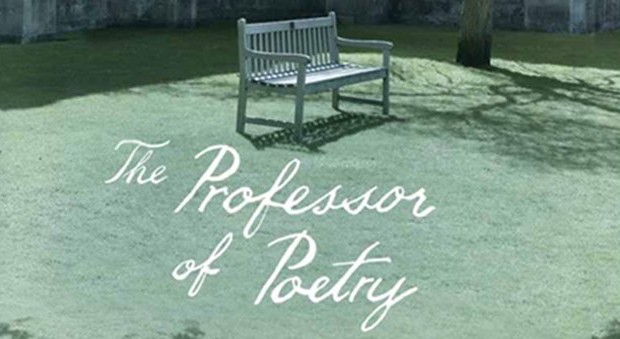 The Professor of Poetry by Grace McCleen

Blurb: A poem wrapped in brown paper. A man, a woman, a city, and a past that must not be remembered.

Elizabeth Stone, a respected academic, has a new lease on life. In remission from cancer, she returns to the city where she was a student over thirty years ago to investigate some little-known papers by T. S. Eliot, which she believes contain the seeds of her masterpiece; a masterpiece that centres on a poem given to her when she was eighteen by the elusive Professor Hunt…

But as the days pass in the city she loves and her friendship with Professor Hunt is rekindled, her memories return her to a time shadowed by loneliness, longing and quiet despair, and to an undeclared but overwhelming love. Paralysed by the fear of writing something worthless, haunted by a sense of waste, Elizabeth Stone comes to realise she is facing the biggest test of her life. (Sceptre)

“Childhood loss, illness mental and physical, high modernism: it sounds like something concocted in a creative writing workshop, but this is a novel far more deftly realised, an intricate tapestry in which past and present mingle to mesmerising effect. Filled with visual echoes and wordless longing, it is almost Escher-like in its simple complexity, proving the truth of Elizabeth’s thesis by making the silences almost as eloquent as the words that fill it. And what eloquence! There are sentences here of such agile cleverness, charged with wit and beauty and enchantment. Oddly, they occasion one of this book’s rare weaknesses. For all its linguistic and conceptual sophistication, narratively, it’s a slender romance that ought to be read swiftly. The prose insists we linger.”

“The Professor of Poetry is grand tragedy with an intimate focus. Elizabeth is trapped by a fear of failure, clouded in loneliness and regret. “How terrible never to make progress, to go on making the same mistakes all your life, never to move forward but only in circles,” she writes. Will she allow herself to love? The claustrophobic intensity of unexpressed passion may cloy for some. But for those readers sympathetic to Anne’s regrets in Jane Austen’s Persuasion, or who find richness in the academic wrangling of AS Byatt’s literary sleuths and lovers in Possession, there is much here to adore.”

“I’m reminded of The Remains of the Day; there’s a small debt to Mrs Dalloway, too, and perhaps a whiff of Finnegans Wake. This is not to say that The Professor of Poetry is derivative, but it is avowedly a book about books. Poetry threads through every page; Shakespeare, Marvell, Wyatt, T.S. Eliot. Like Eliot, Grace McCleen meditates on time, on the meeting point of the real and the imagined, on the pursuit of the ungraspable moment. And though her protagonist claims not to ‘hold with moribund female poets’, her thin-skinned sensibility is as disordered as Sylvia Plath’s. In her tutor’s hortus conclusus, the roses, freighted with symbol, are ‘enormous, ragged, feathered; velvet, silky; pleated, fleshy; ruffled, seething; coiled’.”

“The narrative is richly subjective, conveying the excitement of ideas rather than of action. The thrill of her Eliot mission is well evoked, though as a critic Elizabeth is at one remove from the white heat of creation. Occasionally, McCleen’s rapturous prose blurs and collapses, and there’s an odd scene in a tutorial where Hunt and his supposedly brilliant English students discuss Marvell’s “To His Coy Mistress” under the impression that it’s a sonnet. Sometimes McCleen’s strenuous effort to make things strange backfires. The young Elizabeth describes her mother’s classical music records as “spheres”. A more correct term would be “discs” – which is what they’re usually called.”

” …a predictable, though enjoyable, romance-meets-campus novel in which McCleen’s constant nods to writers such as Eliot, Ted Hughes and Virginia Woolf add blowsy flourishes rather than depth.”

“McCleen undoubtedly has a gift for description (the pain of Stone’s hair falling out in particular is deftly conveyed). Sadly, though, the default setting for much of The Professor of Poetry’s prose is rapturous and abstract: a multitude of things are described as ‘infinite’, and emotions rarely climb down from passionate extremes. Meanwhile, place names are scarce. Early on, we learn that Stone is a demon with the red pen. Some more of this ruthlessness would have been welcome in the novel that gives her life.”

“Homage to the professor’s enthusiasm for the musicality of language is often artily audible (“shriek of gulls, reek of surf, slap of hulls, tolling of bells, mulling of swells”). Her disregard for meaning leaves its imprint, too (“the future winked gnomically from the dawn of the world”). The prose lurches from the portentous (branches are “fibres of some eternal matter imploring ­mediation”) to Walt Disney-like sentimentality (“kisses…flew out of the open window and fluttered over the roofs”). Wildly exorbitant in style, The Professor of Poetry is as overwritten as its heroine is overwrought.”

“I would like to observe … that novels are made of words, too, and people, and exchanges between people; and it is the depths and dynamism and communality and even comedy of these, not something “spiritual”, that make novels great; that, though this particular novel is elegantly composed and contains beautiful passages, it is also conservative and anti-feminist; and that porters are full-sized people who don’t say, “I always knew you’d be one of those that stayed with the books, Miss Elizabeth”, nearly as often as they say, “Get off the grass”.” 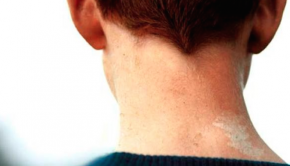