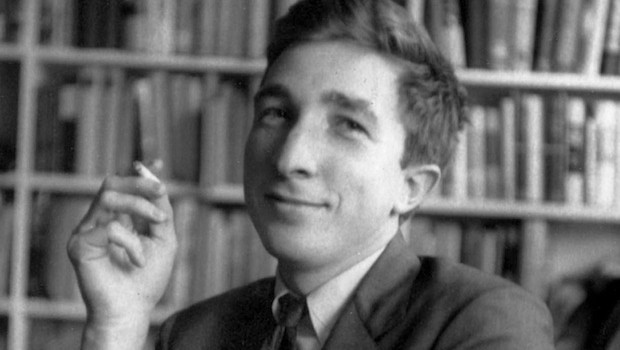 Blurb: In this magisterial biography, Adam Begley offers an illuminating portrait of John Updike, the acclaimed novelist, poet, short-story writer, and critic who saw himself as a literary spy in small-town and suburban America, who dedicated himself to the task of transcribing “middleness with all its grits, bumps and anonymities.” Updike explores the stages of the writer’s pilgrim’s progress: his beloved home turf of Berks County, Pennsylvania; his escape to Harvard; his brief, busy working life as the golden boy at The New Yorker; his family years in suburban Ipswich, Massachusetts; his extensive travel abroad; and his retreat to another Massachusetts town, Beverly Farms, where he remained until his death in 2009. Drawing from in-depth research as well as interviews with the writer’s colleagues, friends, and family, Begley explores how Updike’s fiction was shaped by his tumultuous personal life—including his enduring religious faith, his two marriages, and his first-hand experience of the “adulterous society” he was credited with exposing in the bestselling Couples.

“[A] fine biography… he’s admiring without being over-protective, and is particularly good on Updike’s contradictions – as an erudite populist, Lutheran hedonist, church-going iconoclast and smiling public figure with a knife. Inevitably, the book is tilted towards the first half of Updike’s life (which laid the ground work for so much of his fiction) and his first marriage. Whereas Mary and their four children co-operated with Begley, and offer some poignant insights, Martha is conspicuously absent in the Acknowledgments, and – as spoken of by others – sometimes comes over in an unflattering light. If there’s an injustice in that, future biographies will have to put it right. Meanwhile this one paints a portrait Updike would have recognised and even, for the most part, approved.”

“Considered and convincing… He is able to present us with an Updike who is thin-skinned and puerile, even at times obnoxious, yet he still emerges to fight his subject’s corner. Updike has come in for a lot of heat over the past few decades, some of it deserved; five years after his death, Begley wants this book to be part of a “surge” in his posthumous reputation.”

“Not only has Begley written a convincing interpretative biography, one characterized by suavity, wit and independent judgment throughout, he has also produced a major work of Updike criticism. He cogently affirms, for instance, that Rabbit Redux (1971) — which focuses on black rage, drugs and the turmoil of the ’60s — is “Updike’s most powerful novel.” In short, this “life and works” is the perfect companion to the Library of America’s recent two-volume collected stories of John Updike. Displaying total command of his material, Adam Begley does his author proud.”

“The elements in Updike’s writing for which biographical interpretations are insufficient lie beyond Begley’s scope. However, Updike is not supposed to be a work of literary criticism. As biography, it is exemplary. Any Updike fan will find it rewarding, as indeed will anyone who has enjoyed his work and any reader with an interest in modern American letters.”

“Begley has written an exemplary biography, oceanically researched, full of insights, patiently relating every twist of Updike’s tormented emotional life to his stories and novels. He is even-handed in his judgments (he thinks Rabbit Redux is the best book, which is probably true) and is a fine writer himself, his supple and cadenced prose sometimes matching his subject’s. His close readings of the works are spot-on: he is admiring but undazzled, and brings some intelligent grit to a career that often seems a little too frictionless.”

“[A] delightfully rich book… The greatest pleasure in reading this biography is in discovering — essay by essay, story by story, novel by novel (and with the help of an index) — the daily vicissitudes that lay behind Updike’s ability to inhabit multiple identities, and the sheer range of his versatile pen. How was a person like Updike possible? Every literary biography should ask and attempt to answer the same question for its own subject.”

“Begley tells us much that is new factually, but most revealing is his dredging through the fiction for the “authentic” Updike life entwined in the written word.”

“As someone who loves Updike’s best work, I fell on this biography with yelps of glee, but ended up wondering whether sometimes literary biography is not a faintly futile genre. Begley is an assiduous researcher and has talked to most of the right people. He writes well, and is clear-eyed in his readings of the work… Yet, having acknowledged that his subject was cheerfully open about using reality in his fiction, Begley then doggedly sets about showing who was used, where and when. Much of this speculation is pointless, and some is frankly absurd.”

“The hummingbird prose, the bright flutterings inside a thimble, do indeed enchant. But to fixate on it alone is to miss the eagle wingspan and panoramic reach. Begley, so much in command of his subject, might have given us what Updike now most needs, an argument. The close-range psychological portrait and thoughtful close readings don’t crack the code of Updike’s authentic and original vision.”

“…Adam Begley is faced with the same problem as a director making an author’s biopic: he can’t just show his subject typing all the time. Yet that’s pretty much all that Updike did. Actually, that’s slightly unfair. He also brought up a family, had affairs and played a lot of golf. But that doesn’t exactly make him a Hemingway in terms of having a gripping life story… This is a generous tribute to an amusing and brilliant man but, ultimately, there just isn’t much incident. Not all great writers merit a big biography.”

“Begley’s biography is, on the whole, a solid one. Interestingly, he puts some stress on Updike as a religious writer, without seeing what a total waste of time religious investigation is to that most worldly of professions, the writing of fiction… I would have welcomed more on the immense — even comic — spread of Updike’s reputation: Nicholson Baker’s U and I is hardly mentioned, and Begley would never deign to tell us that Updike once hit the dizzy heights of appearing as a guest star in The Simpsons.”

“The greater the writer, the more pointless the biography… Adam Begley is a perfectly good and conscientious biographer, and in this book he demonstrates with all due diligence that Updike plundered his life for his art, re-arranging it in countless novels and short stories. So, over and over again, we discover that Mr A in such-and-such a novel was based on Mr B in real life, or that, in real life, the car that Mr B drove was a blue Toyota and not Mr A’s green Honda. But to recapture the true flavour of Updike’s lived experience, only Updike’s own words will do, and Mr Begley can never quite bring himself to acknowledge this, as he would then be out of a job.”

Updike by Adam Begley The Omnivore