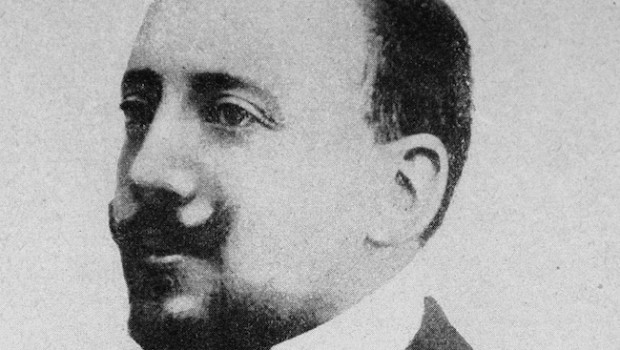 The Pike: Gabriele D’Annunzio: Poet, Seducer and Preacher of War by Lucy Hughes-Hallett

Blurb: In September 1919 Gabriele D’Annunzio, successful poet and occasional politician, declared himself Commandante of the city of Fiume in modern day Croatia. His intention – to establish a utopia based on his fascist and artistic ideals. It was the dramatic pinnacle to an outrageous career.

Lucy Hughes-Hallett charts the controversial life of D’Annunzio, the debauched artist who became a national hero. His evolution from idealist Romantic to radical right-wing revolutionary is a political parable. Through his ideological journey, culminating in the failure of the Fiume endeavour, we witness the political turbulence of early 20th century Europe and the emergence of fascism.

In ‘The Pike’, Hughes-Hallett addresses the cult of nationalism and the origins of political extremism – and at the centre of the book stands the charismatic D’Annunzio: a figure as deplorable as he is fascinating.

“News of the [d'Annunzio's] death in 1938 was greeted in Mussolini’s office with a relieved “At last!”, even while Fascism acknowledged its share in the dubious legacy bestowed by d’Annunzio on his 20th-century admirers. Something of its baleful potency survives to nurture our modern celebrity culture and self-obsessed entitlement, as Hughes-Hallett’s book, its exhilarating virtuosity d’Annunzian in the best sense, so significantly proves.”

“This hyperactive but exquisitely fastidious whirlwind of a man is brilliantly caught in Lucy Hughes-Hallett’s new biography. It is a long book, elegantly written, full of colour and vitality and detail – a tour de force, like the life it recounts – but also cleverly controlled. Unlike her subject she does irony very well, and is capable of being simultaneously appalled and amused, and even celebratory in a gasping, ‘How does he do it?’ sort of way.”

“[A] remarkable biography … In years to come, I have a feeling that people will look back and hail this as a golden age for biographies. By any standards, though, The Pike is a terrific piece of work – as audacious as it is gripping, as thorough as it is insightful and as stirring as it is shocking.”

“To keep such preening vanity compelling for more than 600 pages is down to Hughes-Hallett’s evocation of the milieu and her careful use of a thematic rather than chronological structure. She is never seduced by her subject, repeatedly reminding us of his fundamental lack of empathy”

“[An] exceptional book … How can anyone write D’Annunzio’s life while avoiding both the wrinkled nose of distaste and the dilated pupil of queasy admiration? Hughes-Hallett has done an admirable job, mostly through foregoing the normal narrative drive of a biography. Hers is a non-linear method, with flashbacks and glimpses-forward. She allows herself the right to be wry – a particularly grotesque piece of D’Annunzio’s rhetoric will be counterpointed by a few withering examples from his own life, or his contradictions placed side by side to let the reader judge – my favourite involves his wartime flits and movements, where his 22 canaries seemed the most important thing.”

“If you want to understand fascism, you must start with D’Annunzio; and if you wish to understand him, then here is your book … This book is as much intellectual history as biography. Hughes-Hallett shows how just as D’Annunzio borrowed from Dostoevsky, Byron and Tolstoy, he in turn was copied by the futurist Marinetti, as well as Mussolini. She makes the chilling point that the young neo-Romantic poet’s path to violent, rightwing revolt “grew organically out of longestablished trends in European intellectual and social life.””

“Lucy Hughes-Hallett’s biography is hugely enjoyable because she has a real talent for contextual­ising d’Annunzio. This has the effect of reducing the self-styled “Superman” to a normal, weak human, and puts him, in some way, back in his box … Her book is, like its subject, occasionally eccentric: it is not chronological and the diction is unusual, combining esoteric terms for which I had to resort to the dictionary with a smattering of f- and c-words. But the fact that almost 700 pages flew by bears testimony to how pleasurable, and readable, those pages were.”

“To anyone who knows the existing biographies, The Pike will not bring any surprises. But Hughes-Hallett writes vastly better than anyone who has covered the subject before. She warns us where the story is headed: d’Annunzio generated many of the poisonous streams of ideology that would flow into the Fascist swamp. It was from him that Mussolini’s blackshirts stole many of their slogans and much of their liturgy. Duly prepared, we are then allowed to relish d’Annunzio’s hyper-acute powers of observation, his undoubted charm, and to hear the most salacious gossip – all the while maintaining a safe ethical distance from his appalling beliefs. In Hughes-Hallett’s capable hands, this odious figure is transformed into a surreptitious treat.”

“Hughes-Hallett dances her way through this extraordinary life in a style that is playful, punchy and generally pleasing. She eschews chronology in places for a chopped-up style of vignettes that works surprisingly well as she seeks to separate the man from his myths. Mostly, she allows the poet to hang himself. And she shows the links between him and Mussolini are more blurred then suspected, with D’Annunzio constantly wary of the emerging fascist leader.”

“Enthralling … Admiring some of the work, and insisting on looking at d’Annunzio in context, Hughes-Hallett does her best to withhold judgment on the life: she is, she says, “a woman writing about a self-styled ‘poet of virility’ and a pacifist writing about a warmonger, but disapproval is not an interesting response”. Having said that, she calls him “appalling” on several occasions. As indeed in many ways he was. Disapproval may not always be interesting, but sometimes it’s unavoidable.”

“The story is told by Hughes-Hallett with verve, a fine storyteller’s touch and an acute eye for period paraphernalia and sensibility … The Pike does not offer great detail in terms of close literary analysis and this is a shame given the genuine, if indigestible, achievement to be found there. But it does paint a vivid picture of the flow of ideas and inspirations in d’Annunzio, the meshing of work and character. The whole is an enthralling curiosity, much like d’Annunzio’s final epic monument to himself, the Vittoriale villa above Lake Garda. In the mix also, inevitably, is the spice and the bane of any d’Annunzio biography: the sex. ”

“At first glance, The Pike appears to be in narrative disarray, the chronology leaping backwards and forwards. But why start at the beginning? Hughes-Hallett wishes to be different. Unfortunately, clichés cling to her prose (“stark naked”, “landslide victory”), and a d’Annunzian influence shows perhaps in the desire to shock. Otherwise, this is a serviceable biography of a man who was more of a poseur, really, than a writer.”

The Pike: Gabriele D’Annunzio: Poet, Seducer and Preacher of War by Lucy Hughes-Hallett The Omnivore