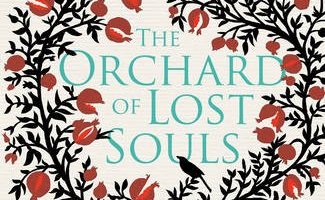 The Orchard of Lost Souls by Nadifa Mohamed

Blurb: It is 1988 and Hargeisa waits. Whispers of revolution travel on the dry winds but still the dictatorship remains secure. Soon, and through the eyes of three women, we will see Somalia fall. Nine-year-old Deqo has left the vast refugee camp she was born in, lured to the city by the promise of her first pair of shoes. Kawsar, a solitary widow, is trapped in her little house with its garden clawed from the desert, confined to her bed after a savage beating in the local police station. Filsan, a young female soldier, has moved from Mogadishu to suppress the rebellion growing in the north. And as the country is unravelled by a civil war that will shock the world, the fates of the three women are twisted irrevocably together. (Simon & Schuster, 2013)

“All the stories are shocking, and affecting. Mohamed enters the head of each woman and proves she can write of an adult’s view of war as convincingly as she can about its disruption of a child’s world. As hard a person as Filsan is to like for her fanaticism, Mohamed succeeds in gaining the reader’s empathy: Filsan is a broken woman, just like Deqo and Kawsar, and each is battling with the ghosts of loved ones lost …  her writing shows signs of maturity and a greater richness in characterisation. There is also a robust poetry to her prose which never sounds precious.”

“The narrative gathers incremental lyric power, growing in strength, as Kawsar shores up memories amid her mourning (“sunken sounds washing up from the seabed of her mind”). Rhythm is both a theme and quality of this vigorous writing, which shows music’s ability to trigger memory; yet this isn’t a book dwelling only in the past but about powerful women crafting the future, yearning to rebuild what has crumbled.”

“This is in many ways a slimmed-down 19th-century novel, in thrall to the idea of fate, and tender, despite everything, to its characters’ desires. The accompanying sense of the organising narrator is made explicit. Near the end, we read: ‘There must be a hunchbacked, toothless sorceress somewhere who plaits all these disparate people together, thinks Kawsar.’ Yet overall Nadifa Mohamed’s writing is economical, controlled and vivid, her characters’ aches real and felt. This is a novel that deserves to be read.”

“This epic exploration of the infernal noise of war couldn’t be further from a pleasant summer read. But Mohamed is a writer who may go down in history as the most candid young scribe of modern African womanhood.”

“A complex history is often deftly sketched. Wonder at independence (“our first Somali textbooks, our first airline”) gives way to the “five-point star on the flag” – the irredentist aspirations to unite a motherland sundered by colonial borders, that spell war first with Kenya then Ethiopia. Yet history is best revealed in haunting details. A schoolgirl thrown into an army truck “smells fresh, her skin and uniform so scrubbed with soap that her perspiration has the heady, detergent scent that wafts out of the dhobi-houses”.”

“Her characters are believable, strong, self-empowered women. But the novel lacks pacing and tension. Things just happen – bloody, brutal things – and they tend to be presented in rapid-fire succession with no room for menace to fester.”

“… a shapelier novel than the poorly ­punctuated sprawl of Black Mamba Boy. There is dramatic tension and narrative pull; by the end, you feel educated — and grateful for that. But inevitable comparisons with Chimamanda Ngozi Adichie’s 2006 novel, Half of a Yellow Sun, do Mohamed no favours. Adichie’s masterly epic of the Nigerian civil war avoided all the errors Mohamed seems to embrace: clunky reportage, sentimentality, facile reliance on the atrocities of war to impart power and profundity.”

The Orchard of Lost Souls by Nadifa Mohamed The Omnivore