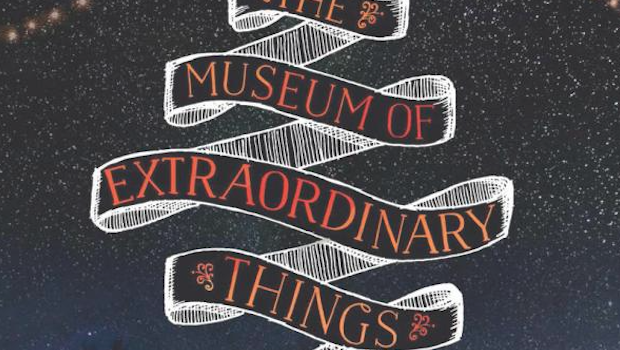 The Museum of Extraordinary Things by Alice Hoffman

Blurb: Coney Island, 1911: Coralie Sardie is the daughter of a self-proclaimed scientist and professor who acts as the impresario of The Museum of Extraordinary Things, a boardwalk freak show offering amazement and entertainment to the masses. An extraordinary swimmer, Coralie appears as the Mermaid alongside performers like the Wolfman, the Butterfly Girl,and a 100 year old turtle, in her father’s “museum”. She swims regularly in New York’s Hudson River, and one night stumbles upon a striking young man alone in the woods photographing moon-lit trees. From that moment, Coralie knows her life will never be the same. The dashing photographer Coralie spies is Eddie Cohen, a Russian immigrant who has run away from his father’s Lower East Side Orthodox community. As Eddie photographs the devastation on the streets of New York following the infamous Triangle Shirtwaist Factory fire, he becomes embroiled in the mystery behind a young woman’s disappearance and the dispute between factory owners and labourers. (Simon & Schuster, April 2014)

“At times, the novel’s densely woven plot threatens to overwhelm its characters, the historical information is not always as bedded-in as it might have been, and one or two plot twists are decidedly unconvincing. But small gripes aside, Hoffman has amply succeeded in conjuring the teeming press of life in early 20th-century New York, laying before us, in all its splendour and horror, the museum of extraordinary things that is humanity itself.”

“Taking in contemporary battles for workers’ and women’s rights, and a theme of fractured father-child relationships, the book is something of a ragbag of disparate elements. They never quite come together, and while it’s readable enough, it’s probably not as exciting as the author meant it to be.

The Museum of Extraordinary Things will not disappoint readers longing to be swept up by a lavish tale about strange yet sympathetic people, haunted by the past and living in bizarre circumstances. But those who have admired Hoffman’s best and most gracefully literary novels (At Risk, Seventh Heaven, Turtle Moon, Second Nature, Practical Magic, The River King) will be less enchanted, unable to ignore the hackneyed and thinly sketched writing that diminishes many scenes in these pages.”

“The Museum of Extraordinary Things is a tale of star-crossed lovers set against a creepy gothic backdrop of freak shows, murder and mystery. When dealing in these elements, Hoffman excels, but the historical specificity of the period – clumsy explications of the lack of rights for women, workers and children, the rise of unions and ambitions of early feminism – are the weeds in which she becomes entangled. Look closely at this novel and, as with many of Sardie’s “freaks”, the artifice becomes all too visible.”

The Museum of Extraordinary Things by Alice Hoffman The Omnivore