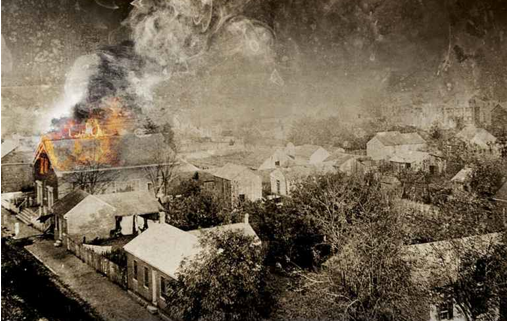 The Maid’s Version by Daniel Woodrell

Blurb: In 1929, an explosion at a dance hall in a Missouri town killed 42 people. Who was to blame? Mobsters from St. Louis? Embittered gypsies? The preacher who railed against the loose morals of the waltzing couples? Or could it have been a colossal accident? Alma Dunahew, whose scandalous younger sister was among the dead, believes she knows the answer – and that its roots lie in a dangerous love affair. But no one will listen to a woman from the wrong side of the tracks. Maid to a prominent citizen, wife of a hopeless alcoholic, her dogged pursuit of justice makes her an outcast and causes a long-standing rift with her own son. It is only decades later that her grandson listens to her account and unearths the sorry truth. (Sceptre, 2013)

“Woodrell’s distinctive qualities are his very puckish humour and the way he drapes extravagantly writerly prose on the bones of a ferociously exciting whodunnit.”

“The reader does eventually find out what happened – a version of what happened – but that’s not really the point. Woodrell’s fiction has been described as “southern noir”, and his latest work does contain elements of crime, horror, femmes fatales, feuds and villains. But under the grisly, seductive, colloquial tone is a very unusual thing – a communitarian novel: a novel concerned with how we live – and sometimes die – together, how we share experiences through the rituals of speaking and writing, because that is the fundamental spirit and purpose of language.”

“Woodrell’s unique prose — laconic and yet, as he has shown in his previous eight novels, possessed of an offbeat lyricism all its own — is well suited to a story reminiscent of a folk tale passed down through the generations.”

The Maid’s Version by Daniel Woodrell The Omnivore