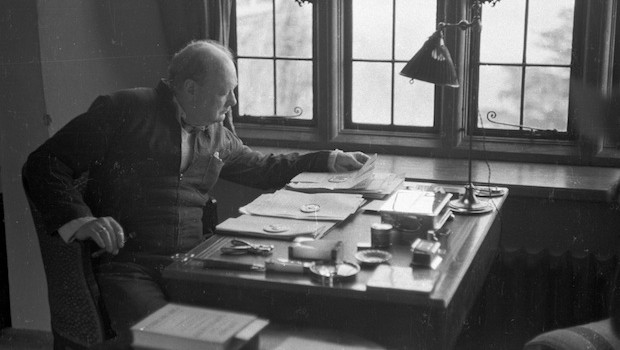 Blurb: This strikingly original book introduces a Winston Churchill we have not known before. Award-winning author Jonathan Rose explores in tandem Churchill’s careers as statesman and author, revealing the profound influence of literature and theatre on Churchill’s personal, carefully composed grand story and on the decisions he made throughout his political life. Rose provides in this expansive literary biography an analysis of Churchill’s writings and their reception (he won the Nobel Prize for Literature in 1953 and was a best-selling author), and a chronicle of his dealings with publishers, editors, literary agents, and censors. The book also identifies an array of authors who shaped Churchill’s own writings and politics: George Bernard Shaw, H. G. Wells, Margaret Mitchell, George Orwell, Oscar Wilde, and many more. Rose investigates the effect of Churchill’s passion for theatre on his approach to reportage, memoirs and historical works. Perhaps most remarkably, Rose reveals the unmistakable influence of Churchill’s reading on every important episode of his public life, including his championship of social reform, plans for the Gallipoli invasion, command during the Blitz, crusade for Zionism, and efforts to prevent a nuclear arms race. In a fascinating conclusion, Rose traces the significance of Churchill’s writings to later generations of politicians, among them President John F. Kennedy as he struggled to extricate the U.S. from the Cuban Missile Crisis.

“[An] excellent, thorough and enjoyable biography that adds a fresh and fascinating dimension to a great statesman… After enjoying this book I was left with a sense of unease. Will an aspirant politician with what Rose calls Churchill’s “individual artistic vision” ever prosper today?”

“…a painstaking study building a formidable case for taking him seriously not just in political history but in literary history too… This is a subtle study of a complex man who has too often been portrayed, especially through American eyes, as a stock figure, locked into a belligerent stereotype. It is refreshing to have an alternative US view, albeit one that calls him “congenitally ornery”.”

“As much as Rose’s book is guilty of silliness — its excited pouncing on any theatrical or literary metaphor; its assertive extravagance (‘the second world war became a duel between two artists’; ‘the core of his implacable resistance to Nazism was essentially literary’); its gauche generalisations (‘like every modern artist, Churchill arrested his audience by violating aesthetic canons’; ‘with most other important 20th-century writers, from James Joyce to Allen Ginsberg, he was convinced that…’) — it is full of detailed quotation, evidences wide background reading and makes suggestive connections. You come away, finally, not with the impression that a literary approach to political history is the way forward so much as with the reconfirmed notion that Churchill was as mad as a badger. And that, bizarre but true, posterity should be grateful that he was.”

“This is one of the most remarkable books ever written about Winston Churchill… Yet Rose’s thesis is hopelessly misguided. It is brilliant but unsound. It is magnificent but it is not scholarship… From the books and plays of authors such as Kipling, Wells and Shaw, Churchill took what he wanted, not what they offered. He was interested in them not for their own sake but for the contribution they might make to his own creative processes. He was a lamp, not a mirror… Rose fails to grasp this crucial point; in consequence his book is deeply misconceived.”