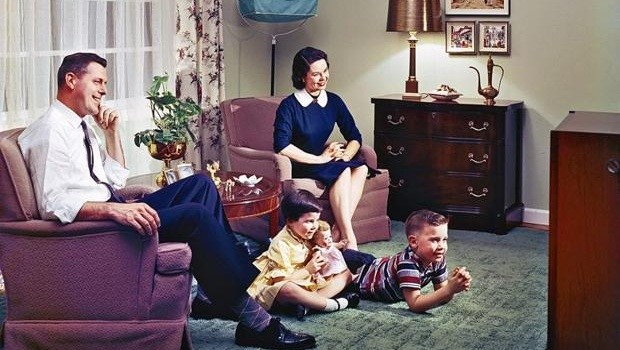 The Great Indoors: At Home in the Modern British House by Ben Highmore

Blurb: ‘House’ has long been synonymous with ‘home’: the significance of four walls and a roof lies far deeper than simply shelter from the elements. A house stands for sanctuary, family, belonging, privacy and our pasts: even when standardised as a ‘Barratt Home’ or modern housing estate, every house bears the stamp of the people who live in it, remaining a bastion of quirky individualism.

The Great Indoors is the first cultural history of the family home in the twentieth century, comparable to Rachel Hewitt’s Map of a Nation or Joe Moran’s Queuing for Beginnners. As society has changed, so has the house: the hall – which had its finest hour during the middle ages, when families and their servants ate, slept and socialised there together – has now been relegated to a mere passageway, only useful for getting to other (more private) rooms. Highmore shows how houses display the currents of class, identity and social transformation that are displayed in the arrangement and use of the family home. And he also offers an engaging and stimulating peek through the curtains to explain why the fridge is used as a communication centre, how the loo (or toilet) inspired its very own literary genre and what your furniture arrangement reveals about how you function as a family.

“The book is the fruit of years of research but it never feels laboured or pedantic. It deftly weaves disparate sources, from memoirs to newspaper advertisements. It is full of riffs on this and that: I was particularly fond of a passage that traces the disappearance of “ribbed” wallpaper and the triumphant progress of paint … The book does what it should: it helps us to wonder anew at the environments in which we live and to see what is utterly familiar as odd and only temporarily stable.”

“Entertaining and informative… It’s easier to laugh at the foibles of the past, and Highmore doesn’t always resist a sense of modern superiority, though, for the most part, he’s an engaging and quirky guide, dispensing sociological insights without jargon. He promises early on that he’s “going to grant everyone eccentricity until proven otherwise”, and he fits his own bill well. It’s hard to resist a writer who can introduce a quote as being “my favourite description of a bowel movement”.”

Unknown, The Independent on Sunday

“The author is a professor of cultural studies, which might explain the way The Great Indoors veers between accessible and academic. On one page, Highmore might jauntily describe the mess in a teenager’s bedroom as being the “floordrobe”, on the next he might list numerous quotes that are only attributed in the footnotes. It’s very off-putting to have to flick back and forth … So, what to make of The Great Indoors? The structure is sound, if not terribly daring, but while there are uneven sections, the material is good, solid stuff.”

“[A] thought-provoking little book … Highmore attacks all this with academic thoroughness and a perpetually raised eyebrow. I would have preferred fewer citations of other people’s research and a few more original observations, but that’s probably what Professors of Cultural Studies are for. The connections he does make are often intriguing. People did more jigsaws when there was a dedicated dining room in the house.”

“…his book feels underwhelming. While reporting on the rise of domestic self-consciousness, he proceeds on the basis that we have not thought much about our homes. This is a shame because as an experienced cultural theorist, the author of well-respected books on cities and feelings and food, he might have made the walls talk in revelatory ways. Artists and writers have for centuries explored the infinite means of finding new perspectives on the things around us; Highmore opts for the well-worn conceit of aliens visiting earth and looking around. So we are to imagine ourselves as Martians rifling through the kitchen cupboards to gauge the strange domestic habits of humans. From the kitchen we visit the dining room, the bathroom, the bedroom and so on. Still, if you sign up for the Martian experience, there’s plenty of interest in the cameo histories of televisions and cupboards, cookers and dressing tables.”

“…he digs up some excellent details on architecture, household objects and the shifting mores of domestic life… The book’s weakness, however, lies in its lack of any serious exploration of that “profound social change” to which Highmore so often alludes. There are too many sweeping generalisations: the statement, for instance, that “children are now much more present in the home than they have ever been” is not backed by evidence.”

“Highmore hits home when making overarching points – for example, he argues compellingly that the shift from parlour to living room ushered in a new era of informality. But he is preoccupied with chronicling incremental changes and when he speaks grandiosely of the “duvet revolution” or becomes bogged down in the switch from coal to electricity and gas, his history becomes a little too everyday.”

The Great Indoors: At Home in the Modern British House by Ben Highmore The Omnivore

Another Great Day at Sea, Geoff Dyer, Alain de Botton at 5×15, The Tabernacle → 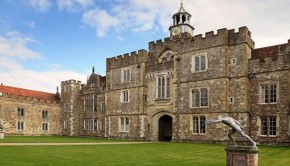 The Disinherited by Robert Sackville-West → 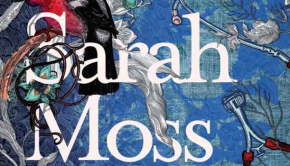