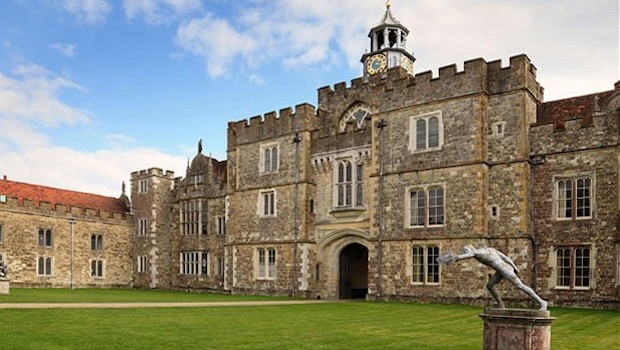 The Disinherited by Robert Sackville-West

Blurb: In the small hours of the morning of 3 June 1914, a woman and her husband were found dead in a sparsely furnished apartment in Paris. It was only when the identity of the couple was revealed in the English press a fortnight later that the full story emerged. The man, Henry Sackville-West, had shot himself minutes after the death of his wife from cancer; but Henry’s suicidal despair had been driven equally by the failure of his claim to be the legitimate son of Lord Sackville and heir to Knole. The Disinherited reveals the secrets and lies at the heart of an English dynasty, unravelling the parallel lives of Henri’s four illegitimate siblings: in particular his older sister, Victoria, who on becoming Lady Sackville and mistress of Knole, by marriage, consigned her brothers and sisters to lives of poverty and disappointment.

“Immaculately written… He has written this book with both objectivity and empathy. But though it is a fascinating picture of a forgotten underside of English aristocratic and public life, it is hard not to find it ultimately a thoroughly melancholy tale.”

“He has written a marvellous book – a gripping story, superbly researched and related with grace and humour in elegant, enjoyable prose. He is ill-served by the illustrations, which are blotchy and hard to make out – surely Bloomsbury could do better.”

““Of no interest to me”, scrawled Vita on a court document of Henry’s that she found in an old trunk. By contrast, Robert Sackville-West is intensely interested—and interesting. His extraordinary research uncovers a world of shadows lying within inches of his family’s official history, and he enters into it with sympathy and understanding.”

“Unhappy though the family history is, it’s hard to sympathise with the warring offspring of Iberian Pepita apart from poor Max. Victoria Sackville was a monster. But, as Robert Sackville-West makes crystal clear in this entertaining study, she was also the saviour of an extraordinary and troubled house.”

“The Disinherited tells a confused, wretched and dispiriting story, yielding no moral other than the obvious but comforting one that the possession of wealth is no more a guarantee of happiness than the desire for it. The truth, writes Robert Sackville-West, who is the 7th Lord Sackville and the current tenant of Knole, ‘is that the Sackvilles have never been quite rich enough for the size of their house’.”

“…his story provides a poignant insight into what it felt like to be illegitimate in a milieu preoccupied with genealogy and inheritance… Sackville-West has done his best with this tangled and unedifying tale. He writes elegantly and has been able to draw on Victoria’s diaries and the copious documentation thrown up by her uncle Henry’s court case. Perhaps the saddest twist to the story he tells is that it was not the outside world that dealt harshly with these aristocratic by-blows, but the code they had internalised.”

The Disinherited by Robert Sackville-West The Omnivore