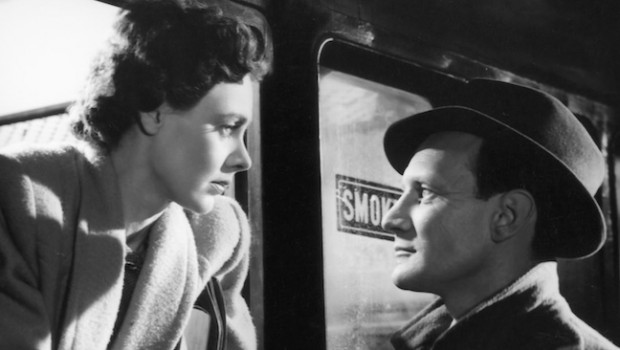 The English in Love: The Intimate Story of an Emotional Revolution by Claire Langhamer

Blurb: Love has a history. It has meant different things to different people at different moments and has served different purposes. This book tells the story of love at a crucial point, a moment when the emotional landscape changed dramatically for large numbers of people. It is a story based in England, but informed by America, and covers the period from the end of the First World War until the break-up of The Beatles.

To the casual observer, this era was a golden age of marriage. More people married than ever before. They did so at increasingly younger ages. And there was a revolution in our idea of what marriage meant. Pragmatic notions of marriage as institution were superseded by the more romantic ideal of a relationship based upon individual emotional commitment, love, sex, and personal fulfilment. And yet, this new idea of marriage, based on a belief in the transformative power of love and emotion, carried within it the seeds of its own destruction. Romantic love, particularly when tied to sexual satisfaction, ultimately proved an unreliable foundation upon which to build marriages: fatally, it had the potential to evaporate over time and under pressure.

Scratching beneath the surface of the apparent ‘golden age’ of marriage, Claire Langhamer uncovers the real story of love in the twentieth century, via the recollections of ordinary people who lived through the period. It is a tale of quiet emotional instability, persistent subversion, and unsettling change. At its end, the idea of life-long marriage was in serious decline. And, as Langhamer shows, this was a decline directly rooted in the contradictions and tensions that lay at the heart of the emotional revolution itself.

“There are countless talking points, revisionist challenges and shrewd sidelights in Langhamer’s compelling and humane book. She has the confidence to write in clear, honest prose, without the mystifying, polysyllabic jargon in which lesser historians write about sexuality to hide the thinness of their ideas. Her bracing good sense stands in splendid contrast to the nonsense in which the English entangled themselves whenever they approached a bedroom door.”

“Engrossing … Reading The English in Love is like watching a flickering black-and-white home movie. The cacophony of voices pull us back to the moment when seamed stockings gave way to miniskirts and the golden age of marriage gave way to spiralling divorce.”

“These [examples] become somewhat problematic in their homogeneity. The experiences of love described tend to be youthful. “Why should falling in love be reserved for the very young?” the novelist Elizabeth Bowen asked during the second world war. It was an important question to ask in this period and I’d have liked to see a few more subjects grappling with it here. I’d have also liked to see a greater social range. Langhamer describes her subjects as “ordinary people”, and ordinary here seems to mean lower middle class. It would be interesting to hear more about the working class (who were less able to indulge in romantic fantasies) and also about the upper class (who were more able to ignore the strictures of the Marriage Guidance Council).”

“Langhamer is generous and respectful towards the voices she finds in her sources. They are allowed to speak at length, and her attentiveness to the subtle distinctions between their views enables her to convey the complexities, ambiguities and risks of the 20th-century revaluation of romantic love. This results in a book that is eloquent testimony to the importance of both popular and social history, but at times it also left me wishing for more critical attention to cultural form, for diaries and problem pages are also cultural texts with their own generic forms, histories and vocabularies.”

“…it’s a shame that academic propriety binds Langhamer to objective analysis in neutral language. Quotations are too often sewn together with sentences so safe they are redundant. “Men too could feel let down by love.” Well, yes. The problem is that, with material so splendidly eclectic, with exceptions multiplying more quickly than rules, conclusions are necessarily very generalised … Nonetheless, I’d gladly read a sequel that brought The English in Love into the 21st century.”

“We tend to talk of “the nanny state” as if it were a new phenomenon, the product of welfarism, forgetting how comprehensively nannied the English used to be. Just read some of the pronouncements on sex and marriage by clerics, magistrates and agony aunts quoted in The English in Love … Langhamer is admirable in her even-handed use of intriguing material but we crave a systematic trajectory through it. Without some sort of nannying, it is hard to get any clearer on why and how marriage, once the expected state for everyone, became just one among many expendable means to self-fulfilment.”

“A social scientist, Ms Langhamer writes in the language of her discipline. This means that her rich and intimate material does sometimes chafe against the deliberately non-subjectivity of her field. Her decision to exclude “cultural interventions”—as in novels, among other things—also seems a pity. George Orwell, for example, sits plumb within her territory, especially his 1936 novel “Keep the Aspidistra Flying”. There are other surprising gaps, such as the “surplus women” panic after the 1921 census … That said, “The English in Love” is full of interesting observations.”

The English in Love: The Intimate Story of an Emotional Revolution by Claire Langhamer The Omnivore